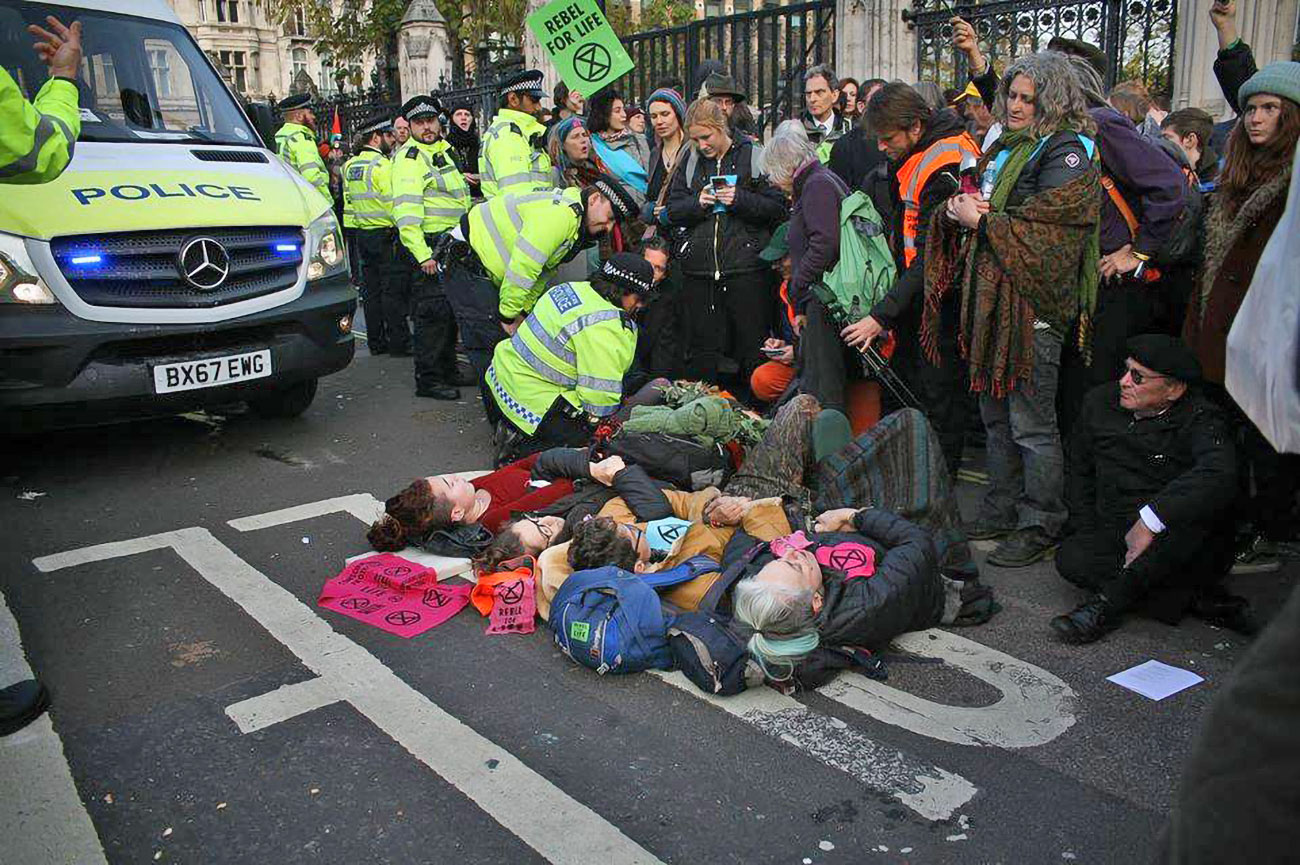 Liberal activist Stuart Basden proved this point in an irritatingly long diatribe on Medium.com. Basden was one of the founders of the climate change alarmist group called “Extinction Rebellion.” Basically, all the group does is go around staging grotesque protests to disrupt traffic when people are just trying to get to work in the morning. Their idea of saving the planet is delaying subway trains and making hundreds of cars idle on city streets.

If it seems disingenuous, that’s probably because it is. Basden’s diatribe revealed in his own words that “Extinction Rebellion isn’t about the Climate.” In fact, he admitted that no matter what anyone does to save the planet, “We won’t fix it.” After bragging about how he quit his job to protest full-time, he goes on to say what climate activism is really about. He decried our “racist and sexist” culture. He pointed out the “delusion” of “heteronormativity,” which he defines as “the idea that heterosexuality is ‘normal’ and that other expressions of sexuality are deviant.” As you can tell, there is some definite delusion going on in Basden’s article, but it’s not “heteronormativity.”

This is why conservatives can’t come together with liberals on anything. It’s not that we stubbornly refuse to go along with the Democrats because we blindly oppose everything they are for. I am all in favor of the smart and measured conservation of God’s Creation. I’m a big fan of cutting down on our dependence on fossil fuels by turning to Gen IV nuclear power. The problem is that Democrats have to make everything about racism, sexism, and LGBT. If we really want to cut down on division in politics, let’s make the real issues the real issues. Let’s build a culture where true coalition-building can rise above vilifying discrimination rhetoric.

What You Need to Know is Rand Paul's wife is right! Senator Rand Paul was attacked a few years ago by his neighbor who was left-leaning. When Nancy … END_OF_DOCUMENT_TOKEN_TO_BE_REPLACED

Phyllis Schlafly Eagles · November 23 | Tables Turn on Immigration Crisis When referring to Republicans, Democrats talk about how no one is above … END_OF_DOCUMENT_TOKEN_TO_BE_REPLACED