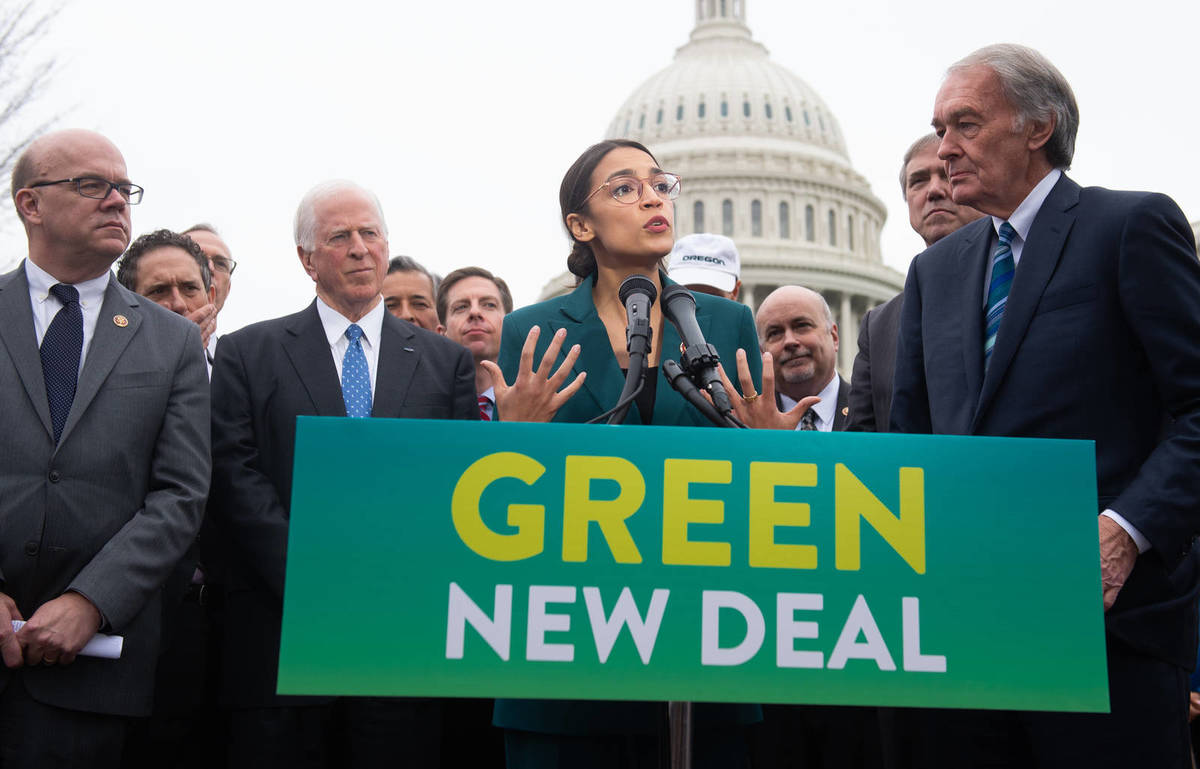 The far Left is taking over the Democratic Party, creating a potential repeat of their landslide defeat in the 1972 presidential election when a vulnerable Richard Nixon trounced the liberal George McGovern. The radical “Green New Deal” illustrates how the so-called progressives, which is a euphemism for socialists, are driving the agenda for Democrats today.

This fanciful scheme tries to convert nearly all of our energy to wind, water, and solar power within a decade. Currently only about 10% of our energy needs are met by the inefficient wind and solar resources.

President Trump is already mocking this fanciful plan. Speaking to a massive crowd of supporters in El Paso, Texas, Trump declared that “I really don’t like their policy of taking away your car, of taking away your airplane rights, of ‘let’s hop a train to California,’ of you’re not allowed to own cows anymore!”

With characteristic wit, Trump added that “it would shut down a little thing called air travel. How do you take a train to Europe?”

He could have added that the Green New Deal will take away many American jobs, too, by hindering economic growth. Wind and solar power are more expensive than energy based on traditional fossil fuels, such as coal and oil, and higher costs limit economic growth. 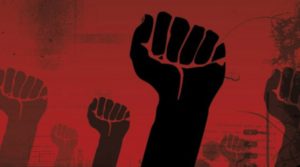 Full-scale socialism, with strict government control of the production and use of energy, would be necessary to implement the Green New Deal.

Full-scale socialism, with strict government control of the production and use of energy, would be necessary to implement the Green New Deal. So it is not surprising that a self-described democratic socialist, freshman congresswoman Alexandria Ocasio-Cortez (NY), is its chief sponsor.

She is making so many waves in Congress that she is known by her initials, “AOC.” Defeated Senator Claire McCaskill (MO) expressed dismay at the attention given to AOC, but she appears to be the future of the Democratic Party.

An entrenched Democrat was routed by AOC in his own primary, and many Democrats are fearful of the same fate if they oppose the new “progressive” agenda by AOC and other socialists. Senator Bernie Sanders, himself a socialist who supports the Green New Deal, nearly won the nomination for president in 2016 and could be the flag-bearer for the Party in 2020.

Meanwhile, Hawaii overwhelmingly supports the Democratic Party, but residents there are fighting a proposed wind farm to be built on West Oahu.

As small islands in the middle of the wind currents of the Pacific Ocean, scenic Hawaii has perhaps more to offer to wind energy than any other American location. Installation of additional clunky eyesores of windmills atop Hawaii would be a green energy dream come true.

But Hawaiian residents do not want them, and neither do many environmentalists. Wind farms blight the beautiful landscape, create a constant irritating noise, and injure wildlife.

Yet this is what the “democratic socialists” want to impose on the entire United States, in their fantasy that this might reduce much-ballyhooed climate change. It is difficult to see how some windmills atop Hawaii would reduce hurricanes in Florida, but that is what supporters of the Green New Deal effectively claim.

President Trump has seized upon the absurdity of his opponents, the presidential wannabes. No politician can mock the other side as effectively as Trump does, and the Green New Deal gives him much material to work with.

Even House Speaker Nancy Pelosi (D-CA) disparaged the Green New Deal as the “Green dream, or whatever they call it.” Perennial potential presidential candidate and billionaire Michael Bloomberg (D) buys into the climate change theory of the Left, but cautioned against “things that are pie in the sky.”

Yet it seems doubtful that the Old Guard will be able to rein in the rising socialists who are not content with incremental changes. Senator Dianne Feinstein struggled to win reelection against a challenge by an underfunded Leftist in California, and surely many other Democrats have taken notice of the political winds that are blowing strongly towards socialism in their Party.

All this is good news for President Trump’s reelection campaign, just as it was for President Nixon in 1972. The Democrats got branded then as the Party of “acid, amnesty, and abortion.”

Then, as now, it was an established Democrat who voiced criticism of his own Party. McGovern’s own initial choice for his running mate, Senator Tom Eagleton, expressed that criticism in an off-the-record interview with conservative columnist Bob Novak, who then published it without disclosing its source until after Eagleton’s death.

History repeats itself as Democrats implode on the eve of a presidential election year.

Phyllis Schlafly Eagles · #WYNK: Documents and Double Standards | January 24, 2023 #ProAmericaReport The following is a transcript from the Pro … END_OF_DOCUMENT_TOKEN_TO_BE_REPLACED

What You Need to Know is a lesson on documents and double standards. Suddenly everyone has classified documents and everyone is spinning the stories … END_OF_DOCUMENT_TOKEN_TO_BE_REPLACED

What You Need to Know is a brief lesson in original classification authority. You can quibble about whether documents were properly declassified or … END_OF_DOCUMENT_TOKEN_TO_BE_REPLACED

What You Need to Know is the Chinese regime may be on the run. After years of their draconian ‘Covid Zero’ policies that brought more terror to an … END_OF_DOCUMENT_TOKEN_TO_BE_REPLACED

What You Need to Know is Mom first! Life begins at conception. But what if the pro-life movement reframed the battle. What if we advertised that life … END_OF_DOCUMENT_TOKEN_TO_BE_REPLACED

For Immediate Release: January 26, 2022Contact: Ryan Hite, Communications Director Solution Staring Us In the Face to Save American Lives: Shut the … END_OF_DOCUMENT_TOKEN_TO_BE_REPLACED