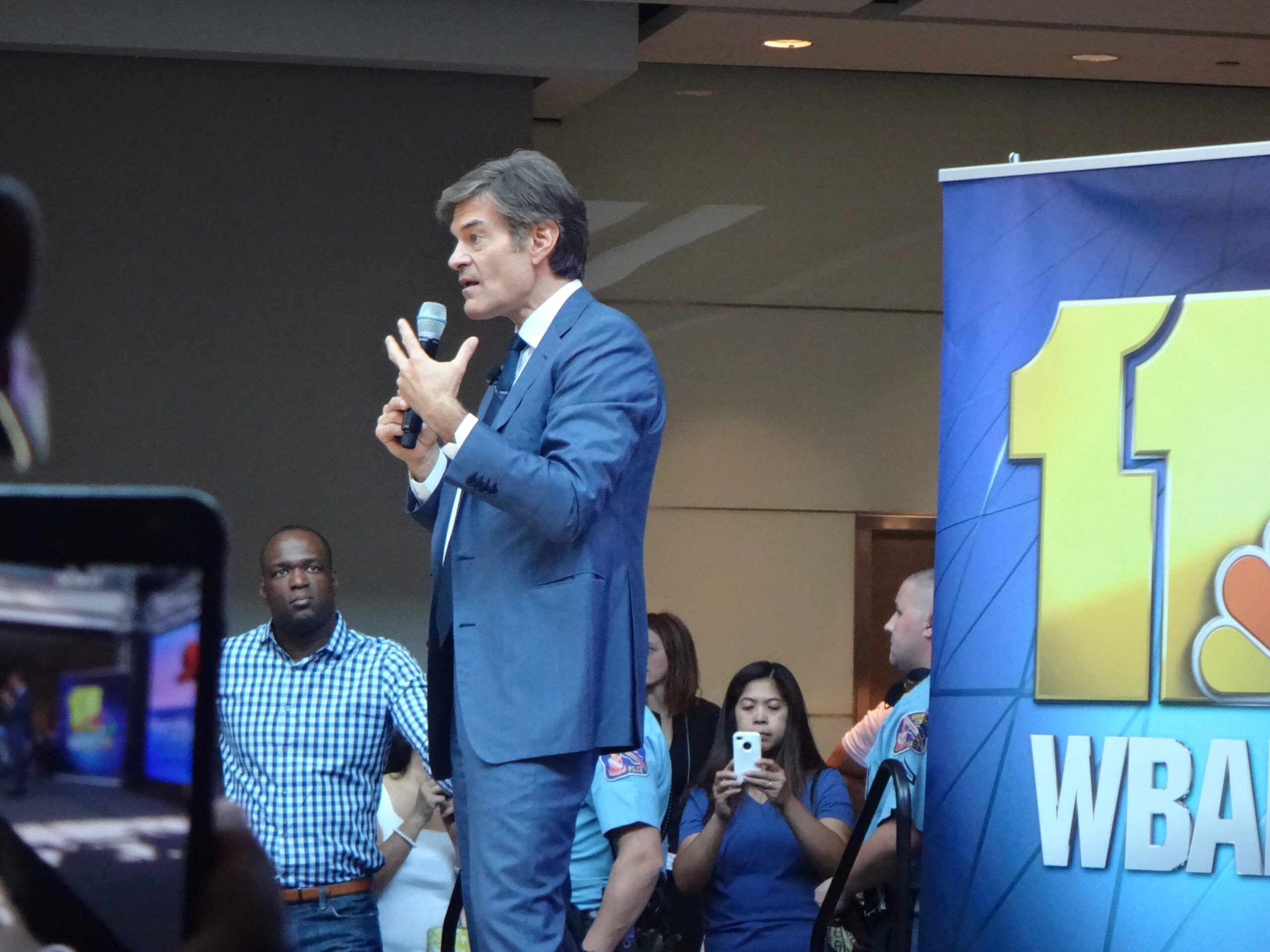 Pro-China Dave McCormick currently holds a narrow lead in the polls for the open U.S. Senate seat in Pennsylvania. This primary is on May 17, and it is pivotal both for retaking GOP control of the Senate and for winning that state’s 19 electoral votes in 2024.

McCormick, a former Jeb Bush supporter who made his fortune running a Connecticut-based hedge fund, has already spent millions to attain 21% support in the fractured race. He even hired several of President Trump’s former White House aides in an effort to bolster his support in the state he left behind as a young man.

In 2017, McCormick told an audience at Duke University that he “wasn’t a Trump supporter” in 2016, but merely hoped for success for whoever won between Hillary Clinton or Donald Trump. For years, McCormick reportedly oversaw an estimated $1 billion in investments in China.

As Philadelphia just became the first major city to reinstate a mask-wearing requirement indoors, McCormick’s deep ties to the communist country that brought us Covid are unhelpful. McCormick has failed to lead on this issue, and even ducked attending a recent conservative gathering in the Keystone State.

His rival, Dr. Mehmet Oz, spoke out strongly against mask and vaccine mandates last year, and two years ago Oz helped save lives by promoting hydroxychloroquine. Dr. Oz received a backlash from liberal public health authorities but courageously spoke the truth they suppressed.

On Sunday, Dr. Anthony Fauci was still preaching his discredited opinions about Covid, which appears to be resurging. For two years Fauci’s regimen of lockdowns, masks, and vaccines failed to defeat the virus, yet the media and Biden continue to give him a platform to pontificate.

“I believe Anthony Fauci should be held accountable for misleading, whether willfully or unintentionally, the American public and the United States Congress,” Oz continued. At one point Fauci’s own NIH had to correct his testimony falsely denying U.S. funding of dangerous gain-of-function research in Wuhan, which may have led to Covid.

Trump’s critics pretend that he endorses only front-runners, but Oz is an underdog as was Rep. Ted Budd (R-NC) in his bid for North Carolina’s U.S. Senate seat.  Trump endorsed Budd, a young congressman, when Budd was 40 points behind the much better known former governor, Pat McCrory.

When Trump endorsed Budd, Trump was backing a longshot candidate who the polls predicted could not win, just as polls today peg Dr. Oz as the underdog. But a new poll by the independent Emerson College shows that with Trump’s endorsement, Budd has jumped to an astounding 14-point lead over McCrory.

Rural voters account for this change, and are thereby saving the Republican Party. Budd leads RINO McCrory by 42-11% among rural voters, while the candidates are tied among suburban voters.

Without appealing to rural voters, Republican candidates have no chance of winning elections. It is difficult to see how the globalist Connecticut hedge fund trader McCormick has much chance of winning support from rural Pennsylvanians.

McCormick’s allies have spent millions on negative ads against Dr. Oz, whom even liberals describe as charming and personable. Oz, a cardiovascular surgeon who was a professor at Columbia University medical school for two decades, is needed to speak out against the mask and vaccine tyranny.

On Friday, a rare 2-1 Democrat majority of the Fifth Circuit in New Orleans reinstated Biden’s Covid vaccine mandate against millions of federal workers. This mandate had been properly enjoined by a Trump-appointed district court judge, but the panel reversed his decision.

A month ago Pfizer CEO Albert Bourla declared that a fourth booster shot is necessary, even though variants continue to confound the vaccine strategy against Covid. Fauci himself admitted last week in an article published in The Journal of Infectious Diseases that classical herd immunity against Covid “almost certainly is an unattainable goal.”

By endorsing Dr. Oz, who was born in the United States to Turkish parents, Trump is already being criticized by some Republicans. But such naysayers were just proven wrong by Trump’s endorsement of the underdog Senate candidate in North Carolina.

Trump further overcame his critics by inviting 26-year-old Rep. Madison Cawthorn (R-NC) onto the stage after the Republican Establishment shunned and tried to defeat him for his blunt criticisms. Rep. Cawthorn nearly stole the show with his inspiring words that concluded with his standing up from his wheelchair.

“We have so many in the national party who believe that the key to saving our nation is cheapening our platform and going after these non-existent middle ground voters,” Cawthorn declared. “My friend, there is no middle ground with Marxists.”

What You Need to Know is the Qatar-Europe NGO scandal continues! These global schemes with millions of dollars flowing through non-government … END_OF_DOCUMENT_TOKEN_TO_BE_REPLACED

Proving once again that he is in touch with ordinary Americans, Donald Trump selected education for the first video message of his 2024 presidential … END_OF_DOCUMENT_TOKEN_TO_BE_REPLACED

Phyllis Schlafly Eagles · #WYNK: Trump's Record is Baked In | January 30, 2023 #ProAmericaReport The following is a transcript from the Pro … END_OF_DOCUMENT_TOKEN_TO_BE_REPLACED

What You Need to Know is Trump’s record is baked in. He’s already been torn apart every which way and his record stands with all the things you like … END_OF_DOCUMENT_TOKEN_TO_BE_REPLACED

For Immediate Release: January 26, 2022Contact: Ryan Hite, Communications Director Solution Staring Us In the Face to Save American Lives: Shut the … END_OF_DOCUMENT_TOKEN_TO_BE_REPLACED

What You Need to Know is the House GOP Must Exercise Power of the Purse. We’re back to following the money this week, this time in Congress! House … END_OF_DOCUMENT_TOKEN_TO_BE_REPLACED

Phyllis Schlafly Eagles · February 3 | "Woman" Is the Word of the Year The internet is a powerful tool that most of us use every day. … END_OF_DOCUMENT_TOKEN_TO_BE_REPLACED

What You Need to Know is Tucker is allowing the will of the people to be heard! When a huge block of Republicans and so-called conservatives are … END_OF_DOCUMENT_TOKEN_TO_BE_REPLACED