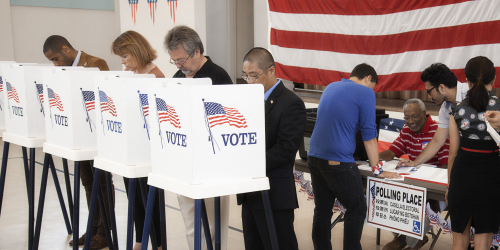 Rural America remains an untapped reservoir of support for Republicans. There is not much more in voter turnout that can be found in big cities, but statewide elections can be swung to the GOP column by increasing the historically low turnout among rural voters.

The avalanche of more than twenty retirements by Democrat congressmen suggests that Senator Joe Manchin’s approach of standing up for rural interests is in line with the political future. Two years ago, only 9 Democrats had announced retirements by this time. These are not merely politicians at the end of a long career who are calling it quits. Young Democrats thought to be emerging leaders are also leaving Congress.

This giving up by Democrats occurs amid new polling that shows a historic defection of the youth from Biden. Without a strong turnout by young voters, his party has no chance of holding on to power in Congress or in the White House. An independent poll by YouGov/Economist confirms that the biggest drop in support of Biden is among young voters, of whom only 29% approve of his job performance. Fully half of young voters disapprove of Biden now, giving him a negative 21 point rating for this key demographic. This is the worst rating for Biden among any age group. The party that was built on youthful enthusiasm by the likes of JFK and Bill Clinton has become an anachronistic dinosaur that Sen. Joe Manchin is prophetic to stand up against.

Meanwhile, Republicans stand poised to make huge gains with both rural and young voters. Young voters are tired of being told to put their lives on hold with ineffective Covid restrictions. Rural voters are tired of huge spending packages giving billions of dollars to city dwellers’ special interests. Candidates shouldn’t make the mistake of professional pollsters who believe that voting blocs are monolithic entities with identical interests, but neither should candidates discount the values commonly held by key demographics. Recent trends indicate a willingness to disregard or even punish incumbency, so politicians need to be put on notice. Empty election year promises aren’t going to work anymore.

Phyllis Schlafly Eagles · #WYNK: Happy birthday to America! | July 1, 2022 #ProAmericaReport The following is a transcript from the Pro America … END_OF_DOCUMENT_TOKEN_TO_BE_REPLACED