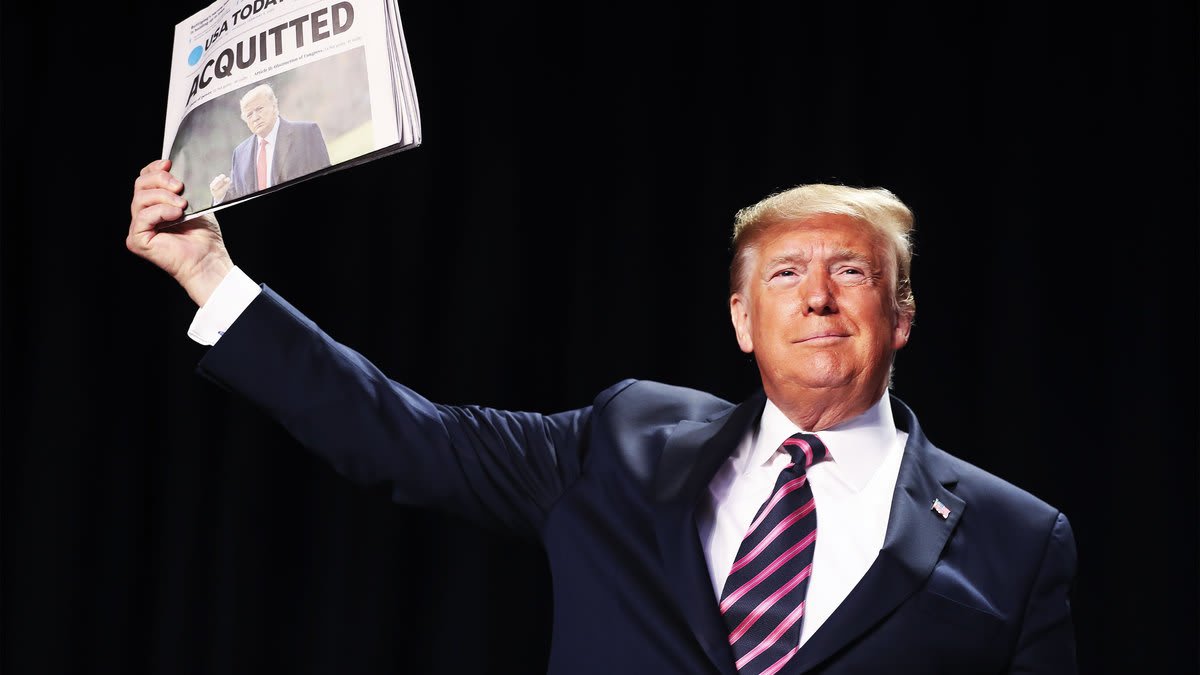 Democrats’ dangerous game of impeaching President Trump despite lacking the votes to remove him from office has backfired on them.  Trump gained political strength from his acquittal in the Senate, just in time to boost his campaign for reelection.

Trump’s first act was to remove the Deep State bureaucrats who started it all, including the subordinate Ukrainian-born Lt. Col. Alexander Vindman, whom Trump rightly called “very insubordinate” for going outside the chain of command on foreign policy.  Trump also removed Col. Vindman’s identical twin brother Yevgeny from his powerful position on the National Security Council, and he recalled Gordon Sondland, the U.S. Ambassador to the European Union.

Those firings were a no-brainer, but Trump didn’t stop there.  Top Trump officials are rolling out a series of actions to combat the growing epidemic of sanctuary policies by Democrat-ruled states, counties, and cities which try to shelter illegal aliens from deportation by federal authorities.

At 5 PM on February 5 — virtually the exact moment that Trump was being acquitted by the Senate — the Department of Homeland Security (DHS) published official notice that New York residents are no longer eligible to participate in the trusted traveler programs known as Global Entry, NEXUS, SENTRI and FAST.  These federal programs depend on state driver’s license data. 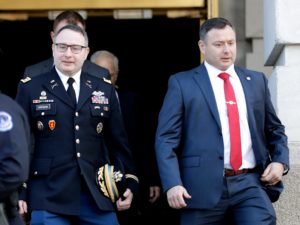 Trump’s first act was to remove the Deep State bureaucrats who started it all, including the subordinate Ukrainian-born Lt. Col. Alexander Vindman, whom Trump rightly called “very insubordinate” for going outside the chain of command on foreign policy.

As a result of this interference by New York with Trump’s policy, he ordered DHS to deny permits to about 86,000 New Yorkers who have applications pending, and to return their $100 fee.  Another 800,000 New Yorkers who are already enrolled won’t be able to renew when their five-year permits expire.

Driver’s license databases are the primary source of data for federal agencies to check DUIs or other serious traffic offenses, which disqualify anyone from becoming a trusted traveler.  Trump’s new policy does not yet apply to the Transportation Security Administration, which runs the popular airport Pre-Check program, because TSA still has access to state driver’s license data.

DHS acting deputy secretary Ken Cuccinelli warned that in the future New Yorkers might be excluded from Pre-Check, too.  If Trump were to shut off TSA privileges for frequent New York travelers, then liberal officials would quickly back down in their defiance.

New York’s radical state AG promptly filed a lawsuit against DHS, but it’s becoming less likely that a holdover Obama judge will be able to stop Trump policies from taking effect.  With nearly 200 judges appointed by Trump to the federal courts, including 50 to the all-important Courts of Appeals, actions by the Trump Administration are no longer repeatedly slapped down as they were before.

Even if Trump’s new policy falls into the hostile hands of an Obama judge, there’s still the Supreme Court, which has already stayed at least three nationwide injunctions against Trump after lower federal courts refused to do so.  The Supreme Court allowed Trump’s policies on DACA, transgenders in the military, and the public charge rule for immigrants to go into immediate effect while courts consider liberal lawsuits against them.

New York is the 13th state to grant driver’s licenses to illegal aliens, a horrible policy that helps illegals evade law enforcement.  But New York went even further by banning the sharing of information about DUIs, based on the stereotype that Hispanic immigrants, and illegal aliens in particular, are disproportionately convicted of that serious offense.

In her first run for president in 2008, Hillary Clinton tried to take a moderate position on this highly inflammatory issue of driver’s licenses for illegal aliens.  By her 2016 campaign Hillary had shifted to the more radical position espoused by the open-borders lobby.

By 2020, no leading Democrat is allowed to say what Hillary said in 2008.  Every Democrat presidential candidate today insists that anyone who enters the country illegally has a right to stay here permanently and become a voting citizen, protected by state and local government against federal law enforcement and deportation.

Trump, meanwhile, has long spoken out against the harboring of criminal aliens in sanctuary cities.  He has often appeared with the victims or their survivors such as Jamiel Shaw, Mary Ann Mendoza, and Ronil Singh.

Now the Democrats’ worst fears are being realized, as their own failed impeachment has “unleashed” Trump.  The President puts pedal to the metal to execute the agenda that he ran on in 2016.

What You Need to Know is the Qatar-Europe NGO scandal continues! These global schemes with millions of dollars flowing through non-government … END_OF_DOCUMENT_TOKEN_TO_BE_REPLACED

Proving once again that he is in touch with ordinary Americans, Donald Trump selected education for the first video message of his 2024 presidential … END_OF_DOCUMENT_TOKEN_TO_BE_REPLACED

Phyllis Schlafly Eagles · #WYNK: Trump's Record is Baked In | January 30, 2023 #ProAmericaReport The following is a transcript from the Pro … END_OF_DOCUMENT_TOKEN_TO_BE_REPLACED

What You Need to Know is Trump’s record is baked in. He’s already been torn apart every which way and his record stands with all the things you like … END_OF_DOCUMENT_TOKEN_TO_BE_REPLACED

Phyllis Schlafly Eagles · February 3 | "Woman" Is the Word of the Year The internet is a powerful tool that most of us use every day. … END_OF_DOCUMENT_TOKEN_TO_BE_REPLACED

What You Need to Know is Tucker is allowing the will of the people to be heard! When a huge block of Republicans and so-called conservatives are … END_OF_DOCUMENT_TOKEN_TO_BE_REPLACED