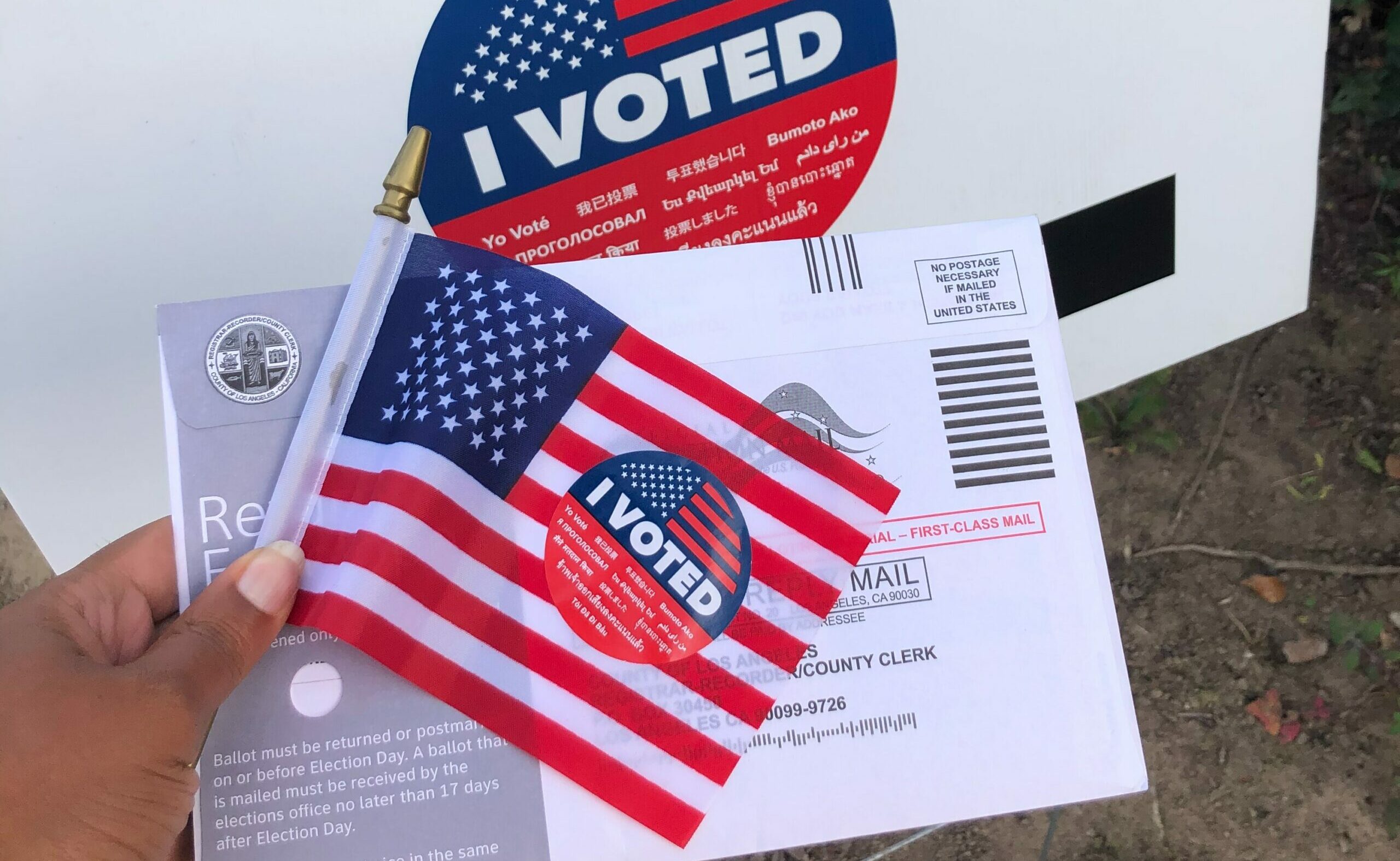 As state legislatures open their 2022 sessions, their top priority should be election integrity. Topics such as freedom from Covid tyranny, redistricting, and rejecting critical race studies are also important, but without secure elections then all other issues are put at risk.

A new poll shows that the number of Americans who don’t believe that Joe Biden was elected fairly has grown among Republican voters. According to a Yahoo News/YouGov poll released last week, a whopping 75% of Trump voters recognize that the last election was “rigged and stolen” to hand it to the unfit Biden.

Today only 9 percent of Trump voters believe that Biden won “fair and square,” which is even less than the mere 13% who thought that a year ago. Republicans are not eating the dog food being fed by the liberal media and Democrats who insist that all must bow down to the hokey election procedures used last time.

NPR recently confirmed that two-thirds of Republicans feel that “voter fraud helped Joe Biden win the 2020 election.” One Republican was quoted as expressing disbelief that anyone would actually vote for Biden as president.

Trump has not wavered in his view of the last election, and increasingly Americans agree with him. Even New York Republicans, not known to be conservative, filed suit on Monday to block allowing 800,000 non-citizens from voting in New York City elections there.

States establish the law for elections and the time is ripe for them to ensure election integrity. This includes restoring predominantly in-person voting on one Election Day, with narrow exceptions subject to transparency about voter verification to reduce fraud, and reporting final results that same night.

On a sinking ship, Democrats in Congress rush to propose new federal legislation that would expand the opportunities for mischief. Now they want to end the 60-vote filibuster in the Senate in order to pass sweeping changes to election law that would make permanent the travesty of the last presidential election.

Two Democrats, Joe Manchin (D-WV) and Kyrsten Sinema (D-AZ), have long opposed eliminating the filibuster rule that prevents merely 50 senators in only one party from passing most kinds of legislation. Manchin has particularly endorsed the need for bipartisanship on major legislation, such as drastic changes in our election procedures.

But other Democrats are plowing ahead with their plan to rewrite election law at the federal level. Their bad bills, the first two of which have passed the House, are H.R. 1 (“For the People Act”), H.R. 4 (“John Lewis Voting Rights Advancement Act”), and S. 2747 (“Freedom to Vote Act”), which would expand unverified voting, prohibit requiring photo ID, and destroy election integrity in additional ways.

It’s essential to block these harmful federal bills, and equally important to enact new laws at the state level to thwart the election chicanery. New York City is beginning this year to allow illegal aliens to vote, and Democrat governors are expected to support similar moves.

Legal challenges should not deter GOP legislators as in the past. A majority on the Supreme Court is expected to affirm state authority over cleaning up their election procedures, regardless of which side benefits.

At Friday’s Supreme Court hearing on Biden’s suffocating new Covid regulations, the most prominent two words in the view of the Court majority appeared to be, “who decides?” In other words, is this an issue that the federal government should decide, or one that the States (or Congress) should decide?

The Constitution and two centuries of tradition confirm that the States decide election procedures, and have the authority to prevent and punish misconduct. Transparency should be mandated by all state legislatures, such that public information about who voted and their verification is made available to all in order to deter and drive out fraud.

Panicked by the poll numbers showing how many recognize pervasive election fraud, liberals found little-known Senator Mike Rounds (R-SD) to declare on Sunday that the 2020 election was fair. But he has not audited any ballots cast in battleground regions, and on Monday Trump responded by observing that Rounds “just went woke.”

States should reform their laws to restore the authority of state legislatures to pick the slate of presidential electors and, if necessary, to override reported results tainted by lack of verification. This is not a matter to be left in the hands of unaccountable courts or election officials, as picking the next president is far too important an issue for state legislatures to delegate to another branch of government.

Trump stands by to endorse the opponent of any Republican who foolishly obstructs legislation for election integrity. He has a nearly perfect track record of success by his endorsements of candidates, for the good reason that restoring secure elections is a top priority of the American people, too.

What You Need to Know is How America is Winning and Losing. One way we are losing in America is how the Narrative Machine is reporting the Jan. 6th … END_OF_DOCUMENT_TOKEN_TO_BE_REPLACED

“I never like to take credit for anything,” Donald Trump told a hostile reporter last month. “God made the decision,” he added recently about the … END_OF_DOCUMENT_TOKEN_TO_BE_REPLACED

Phyllis Schlafly Eagles · July 1 | The High Stakes of Parental Responsibility If you are not a stranger to the Phyllis Schlafly Radio Commentaries, … END_OF_DOCUMENT_TOKEN_TO_BE_REPLACED

Phyllis Schlafly Eagles · June 30 | Pro-Life Without Exceptions: Life of the Mother Enemies of the pro-life movement know that they can never win … END_OF_DOCUMENT_TOKEN_TO_BE_REPLACED