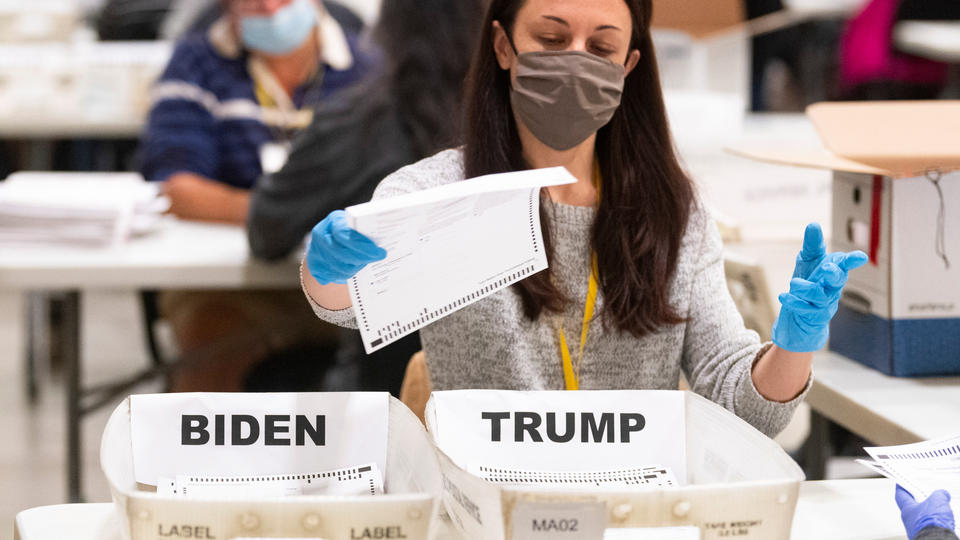 “Voting in Georgia when you are not a resident of Georgia is a felony,” blustered the ineffective Georgia Secretary of State Brad Raffensperger on Monday, as he denounced well-publicized efforts to enlist temporary residents to vote in the January 5 election for two seats in the U.S. Senate. “Third-party groups have a responsibility to not encourage illegal voting.”

But he and other Republican state officials have the responsibility not to use a voting system that allows fraud in the first place. Occasionally urging people to behave, and not to exploit a system rife with vulnerabilities, does not prevent fraud when the political stakes are so high.

Of the 4.9 million ballots counted in Georgia in the recent presidential election, some 3.9 million were cast by the Friday before election day, and many of those ballots were mailed in without verifiable proof of their legality. Yet Joe Biden insists he won the Peach State by just 12,670 votes, or only three-tenths of 1% of ballots cast.

President Trump properly said he is “ashamed” of ever having endorsed Georgia’s do-nothing governor, Brian Kemp, who continues to fail to protect election integrity there while control of the U.S. Senate hangs in the balance with the upcoming runoff election.

As of last Friday, a whopping 900,000 Georgians had reportedly requested mail-in ballots, many of which will probably be filled in or returned by Democrat operatives paid to boost the numbers for Democrat candidates, as they did for Biden. Unlike in-person voting, there is no meaningful way to protect against fraud in filling out and returning mail-in ballots.

Raffensperger announced that the New Georgia Project had “sent voter registration applications to New York City,” which is a potential violation of Georgia law. He declared that NGP, recently headed by Democrat U.S. Senate candidate Rev. Raphael Warnock and before that by Democrat gubernatorial candidate Stacey Abrams, is under investigation as are three other groups.

Such investigations should have been done long before now, of course. And since election fraud by Democrats is rarely prosecuted, no one is holding his breath that any real prosecutions will ever happen.

Way back in 2014, the office of the Georgia Secretary of State, which was then headed by now-Governor Kemp, had investigated the same group, yet delayed three years before referring that case to law enforcement. Charges were never brought, which is typical when the accused are liberals.

Other Georgia groups now being investigated include one which allegedly mailed “absentee ballot applications to people at addresses where they have not lived since 1994,” another which purportedly registered a dead Alabaman to cast a ballot in Georgia, and a third which urged college students to change residency to vote.

Elections should not rely on begging people not to cheat. Kemp, Raffensperger, and the GOP-controlled Georgia legislature should be installing safeguards to ensure that fraudulent ballots are caught and rejected before they are counted.

Georgia law requires voter ID for casting a ballot in person, and yet permits mailing in ballots by anyone and everyone. There is no justification for permitting massive stuffing of the ballot box by unverified voters.

In Pennsylvania, Commonwealth Court Judge Patricia McCullough suspended mailed-in ballots as a violation of that state’s constitution, in a case brought by newly reelected U.S. Representative Mike Kelly of Erie. Judge McCullough properly questioned the 2.6 million mailed-in ballots which erased the landslide victory earned by President Trump on Election Day, when he won among in-person voters by nearly 700,000 votes.

The Democrat-controlled Pennsylvania Supreme Court, which had already allowed mail-in ballots to trickle in for days after Election Day in violation of state law, quickly reversed the good ruling by the lower court. The Pennsylvania Supreme Court did not express any doubt that the mail-in voting violated its constitution, but permitted it anyway by saying plaintiffs should have sued earlier.

The Pennsylvania Senate held a hearing last week about election fraud but then failed to take action as authorized by Article II, Section 1 of the U.S. Constitution to pick electors for the Electoral College. Republicans improved their majority in the Pennsylvania legislature this election, but Democrats insist Biden won the state based on an implausible imbalance in mailed-in ballots.

Neither mailed-in ballots nor electronic voting machines can be properly audited to ensure the same level of integrity associated with traditional in-person voting. To restore confidence in the process, states should return to traditional paper ballots, marked in person by each voter on Election Day.

While the Leftist ground game steals elections, Republican campaigns continue to be dominated by ineffective, highly paid consultants who enrich themselves with commissions for placing television ads. The result could make the January 5th Senate runoff election in Georgia a pathetic television rerun of the recently stolen presidential election.

“I never like to take credit for anything,” Donald Trump told a hostile reporter last month. “God made the decision,” he added recently about the … END_OF_DOCUMENT_TOKEN_TO_BE_REPLACED

What You Need to Know is Biden is marching toward America Last. Even as our continue to get entangled in NATO and their picking a fight with Putin. … END_OF_DOCUMENT_TOKEN_TO_BE_REPLACED