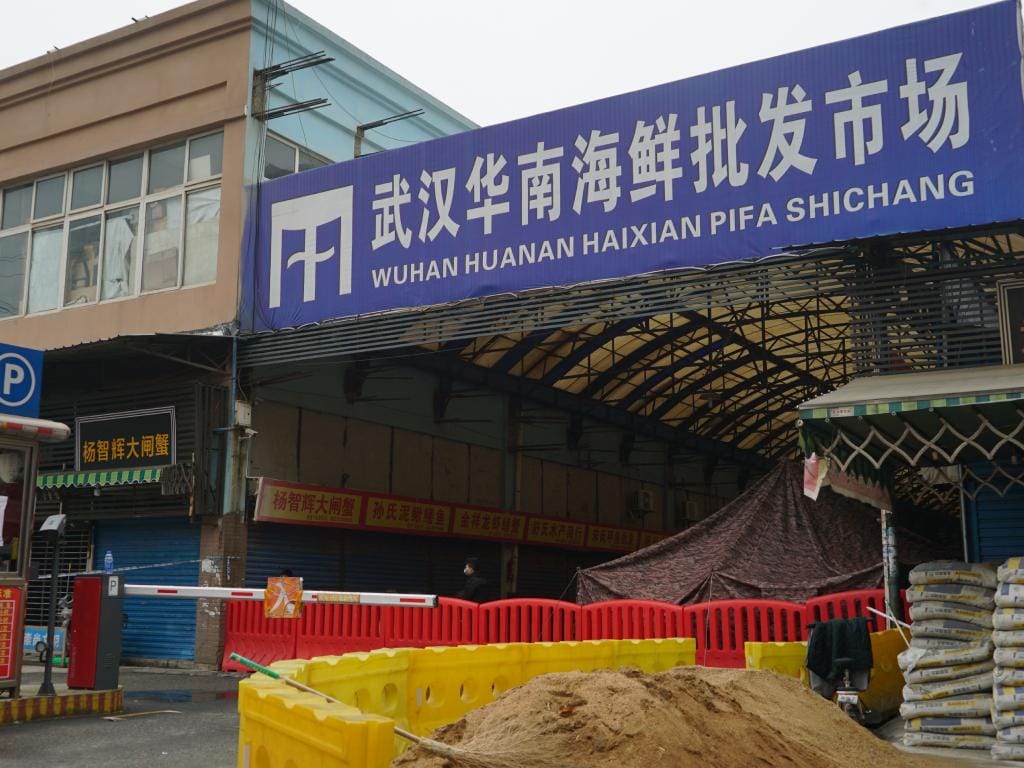 The rapid spread of the coronavirus to the United States from an open-air meat market in China confirms again the deadliness of globalism.  The international elite should acknowledge how difficult it is to contain and eradicate a virus in a world of open borders.

“Everyone is in a state of panic,” Scott Liu said from a self-imposed quarantine at his home in Queens, New York.  “The coronavirus is the No. 1 threat to financial markets currently as global investors are becoming jittery on the uncertainty,” the New York Times quoted investor Nigel Green as observing.

But while this deadly virus was quickly infecting people at the speed of air travel, globalists were enjoying wine and caviar at their annual confab in Davos, Switzerland.  Politico.com even featured a recent article headlined “Globalists Gone Wild,” citing the energetic participation of Mitt Romney and George W. Bush in globalist celebrations.

The globalists were clueless about how fast a fatal, highly contagious virus can sweep across a world of open borders, free trade, and unchecked migration.  Far from the standards of Western Civilization, an outdoor market in Wuhan, China, allowed numerous animals considered unclean by the Bible to become part of human consumption.

The deadly coronavirus thereby jumped from animals which are not eaten here, such as cats, bats, and snakes.  Without globalism, the virus could have been easily contained and eradicated by China, with its immense resources.

On Tuesday China admitted that more than 100 people have already died from this virus, which has no known cure or treatment.  The communist Chinese dictators are not known for their transparency, so the death toll there could be much higher. 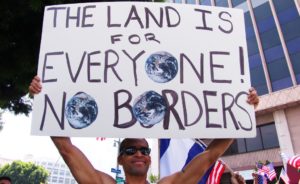 The globalists were clueless about how fast a fatal, highly contagious virus can sweep across a world of open borders, free trade, and unchecked migration.

Thanks to globalism, the virus is sweeping across the world like a wildfire.  People who have been exposed to the virus may already be in 22 states here, while Japan and Germany have also been afflicted.

It is globalism which makes the unclean eating practices of distant Chinese a threat to the health and safety of Americans.  This is not the first time that an outbreak of a disease far away from our shores has caused panic and death within our borders, as the Ebola virus from Africa did in October 2014.

This latest tragedy is ironic in its timing.  It comes just as a new trade deal with China was reached amid much fanfare, without anyone pointing out that expanding global trade means bringing deadly viruses from other countries to the United States.

An article just published in The Lancet, a prestigious British medical journal, describes a shocking 15% fatality rate among those who contract this coronavirus.  Others estimate the infection rate to be as high as 83%, and people may be contagious before they show any symptoms.

These rates suggest that if one person has coronavirus on an airplane carrying 150 people, then 18 other passengers could contract the disease and die from it.  This is hardly comforting information and could deliver a mortal blow not only to people, but to our economy too.

The potential for harm from biological agents has long been considered higher than all other types of threats to human safety.  A strain of the flu killed more people at the end of World War I than armed warfare did.

Perhaps coincidentally, Wuhan is also the site of a top secret biological weapons development lab.  One can only wonder if something so deadly might have come from the warfare lab itself.

Closing our borders and ending our permissive visa policy which brings so many foreigners into our country is the only effective way to protect our citizens against this invasion of a deadly virus.  Quarantines within the United States are only effective if the disease does not continue to enter from other countries.

Already experts are saying that it is too late to contain the virus within China, so the only meaningful approach is to keep the virus out of the United States.  This requires tightening our border security and visa policy.

“Despite the enormous and admirable efforts in China and around the world, we need to plan for the possibility containment of this epidemic isn’t possible,” declared infectious disease expert Neil Ferguson of Imperial College London.  He estimated that as many as 100,000 people may already be infected in China.

Most of the cases in the United States until now have been on the West Coast, and in Arizona.  But once inside our borders, there is little to stop it from spreading immediately to others through airports, train stations, and commuter lines.

It is infeasible to provide a medical exam to every person who wants to travel to the United States. Instead, what should be done is to limit the vast amount of migration here, particularly from regions which do not share Western standards of cleanliness.

Phyllis Schlafly Eagles · #WYNK: China's Hooking Us on Fentanyl, TikTok | October 18, 2022 #ProAmericaReport The following is a transcript from the … END_OF_DOCUMENT_TOKEN_TO_BE_REPLACED

What You Need to Know is thank Trump for the end of Roe v. Wade. As great as the March for Life was last week and excited as my family was to … END_OF_DOCUMENT_TOKEN_TO_BE_REPLACED

What You Need to Know is Joe Biden’s ego will be his undoing. He should drop executive privilege and get this classified documents investigation over … END_OF_DOCUMENT_TOKEN_TO_BE_REPLACED

What You Need to Know is we are in a proxy war with Russia. Until now, we’ve been able to at least try to say we have given Ukraine defense weapons … END_OF_DOCUMENT_TOKEN_TO_BE_REPLACED

What You Need to Know is we’re in a new pro-life America. Today’s March for Life is the first during which we can celebrate the overturn of Roe v. … END_OF_DOCUMENT_TOKEN_TO_BE_REPLACED

Predicting an imminent worldwide recession, global business elites convene at the Alps ski resort of Davos, Switzerland as they do every year in … END_OF_DOCUMENT_TOKEN_TO_BE_REPLACED

For Immediate Release: January 26, 2022Contact: Ryan Hite, Communications Director Solution Staring Us In the Face to Save American Lives: Shut the … END_OF_DOCUMENT_TOKEN_TO_BE_REPLACED

What You Need to Know is the chaos in the House isn’t bad! This is the messy representative system of our republic at work. Only one side is offering … END_OF_DOCUMENT_TOKEN_TO_BE_REPLACED

What You Need to Know is Mom first! Life begins at conception. But what if the pro-life movement reframed the battle. What if we advertised that life … END_OF_DOCUMENT_TOKEN_TO_BE_REPLACED