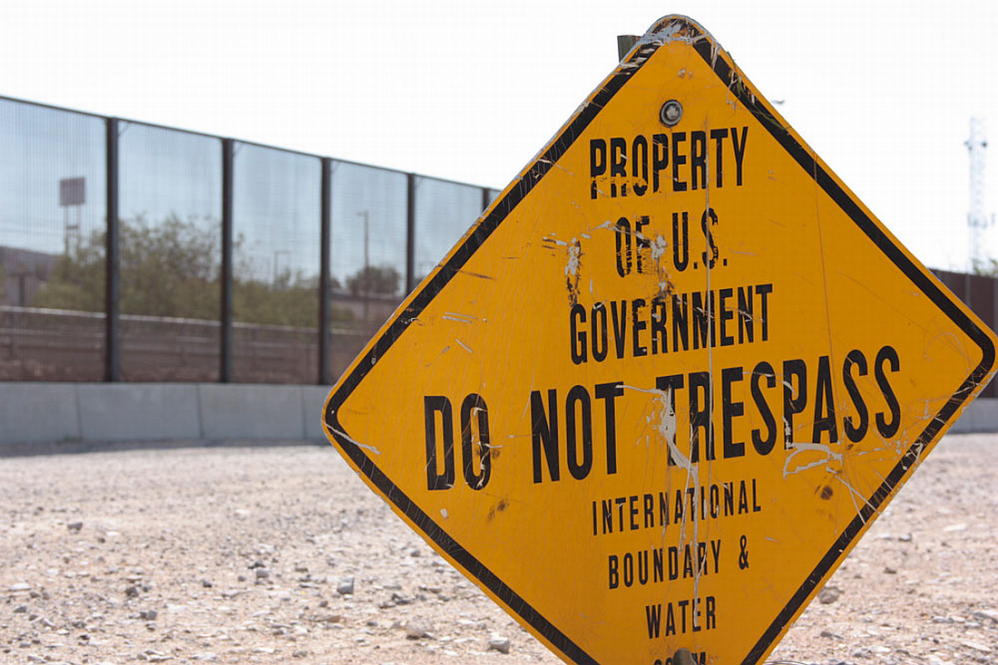 “They are coming after us, they want to execute attacks. … The threat environment today is as bad as it was the summer before Sept. 11.” In his appearance before the congressional joint intelligence committees, CIA Director George J. Tenet asserted that prior to 9/11 he was convinced that Osama bin Laden was planning to kill Americans, “and we reported these threats urgently.”

But to whom did he report these alerts? Apparently, not to the agencies that were admitting undesirable aliens by the planeload, boatload and truckload: the Immigration and Naturalization Service (INS), the State Department that was indiscriminately granting visas in countries that sponsor terrorism, or the border patrol charged with the duty of keeping illegals out of the country.

The admission of aliens into the United States is not merely a policy or political issue. It is a vital issue of both national security and civil liberties.

It is the job of our government to keep out of our country all carriers of hate, terrorism and disease (even if that means excluding a lot of others who mean no harm) and to deport such persons who were allowed to enter. Unfortunately, the government is doing little to close our borders to a new crop of terrorists while using terrorism as an excuse to monitor the daily lives and interfere with the civil liberties of law-abiding U.S. citizens.

The Center for Immigration Studies reported that of the 48 foreign-born, radical Muslims who have been charged, convicted or admitted involvement in terrorism in the United States since 1993, one- third were on temporary visas, one third were lawful permanent residents or naturalized U.S. citizens, one fourth were illegal aliens, and three had applied for asylum.

Six experts who analyzed the visa applications of 15 of the 19 9/11 hijackers (the other 4 were not available) concluded that all should have been denied visas under then-existing law. For example, the visas impudently listed such non-specific addresses as “California,” “New York,” or “Hotel.”

Why haven’t the U.S. bureaucrats who admitted these terrorists been punished or fired, and why haven’t we plugged the loopholes in our borders and visa-granting system that allowed these fatal mistakes? Instead of taking immediate and vigorous steps to exclude, locate and deport the undesirables, the government is moving forward with surveillance of all Americans, pretending that law-abiding citizens are all suspect.

Instead of closing our borders to aliens until we have a system to require visa applications to comply with the law, track the travels of aliens and deport them when their visas expire, we hear increased pressure to force all Americans to carry an I.D. card and/or to federalize state driver’s licenses. Forcing us all to carry machine- readable identification would give government (and anyone else with a card reader) access to enormous personal information about health, lifestyle, travels, and finances.

Families are being disrupted all over the country as National Guardsmen are called up and shipped out to fight terrorism thousands of miles away. Meanwhile, thousands of miles of our northern and southern borders are left frighteningly unmanned.

The American public is constantly unnerved by red and yellow alerts and dire warnings about anthrax, smallpox, and sleeper cells waiting for the moment to strike. Some are forecasting a future with video cameras on every street corner, microchips implanted in children’s arms, and further encroachments on medical and financial privacy.

The Transportation Security Administration has already spent millions of taxpayer dollars to develop a secret system to profile all Americans known as CAPPS II (Computer Assisted Passenger Prescreening System, second generation). The goal is to create an automated system to integrate and analyze numerous databases from both government and the private sector in order to make a “threat risk assessment on every airline passenger.”

Israel takes 20 to 30 minutes to interview foreigners upon arrival, while the United States takes only 2 to 3 minutes. Meanwhile, American citizens are subjected to petty harassments that cost each of us at least an extra 30 minutes for each plane trip.

What steps has our government taken to keep out the exotic diseases and new strains of old diseases brought in by aliens? Outbreaks of malaria, West Nile disease, and tuberculosis have popped up all over the country and the New England Journal of Medicine reported a link between West Nile virus and new polio cases, which we thought was eradicated decades ago.

Instead of stopping Third World diseases at our borders, the response has been to try to push through 50 state legislatures a bill proposed in the guise of fighting anthrax or smallpox terrorism, but whose powers can be invoked in the absence of terrorism. Versions of the Model State Emergency Health Powers Act passed by some states give unelected officials the power to forcibly medicate individuals under threat of quarantine or criminal charge, and to confiscate private property including guns.

Phyllis Schlafly Eagles · May 5 | How Effective Is Social Justice Military Recruitment? As Covid subsides, the tyranny that exploited it continues. … END_OF_DOCUMENT_TOKEN_TO_BE_REPLACED