Today I'm going to give you a little history quiz with some lesser known facts about a very famous American. The anniversary of his death is today, April 17. See if you can guess who I am talking about before I give you his name.  He was born mighty poor, the 15th child of 17 children. As a youngster, he apprenticed as a printer.  He published a very popular almanac.   He retired at age 42.  Then he taught himself five languages and became a major figure in establishing good relations between America and the French.  He was a significant inventor and really started America as a land of innovation. He invented the rocking chair, bifocal glasses, and the lightning rod. Along the way, he was given degrees from Harvard and Yale. He helped to found the University of Pennsylvania, a hospital, America's first postal system, and fire department. He was president of America's first anti-slavery society. He signed the Declaration of Independence. He became the governor of Pennsylvania. He wasn't known as a particularly religious man, but he was the one who famously called for prayer and God's help at the Constitutional Convention.

His popular book was called Poor Richard's Almanac in which he wrote a lot of good common sense: "Work  as if you were to live 100 years; pray as if you were to die tomorrow." And here is a little-known passage that he wrote in describing the America of his time: "Atheism is unknown there; Infidelity rare and secret; so that persons may live to a great age in that country without having their piety shocked by meeting with either an Atheist or an Infidel.  And the Divine Being seems … pleased to favor the whole country.”

I'm sure you have guessed by now who was that very important man: Benjamin Franklin.

Phyllis Schlafly Eagles · September 28 | The Politicization of the School Lunchroom There are all kinds of labels on food these days. You may have … END_OF_DOCUMENT_TOKEN_TO_BE_REPLACED

Phyllis Schlafly Eagles · September 27 | Do Politicians Care About Teachers? Promises are easy to make and hard to keep, especially in politics. If … END_OF_DOCUMENT_TOKEN_TO_BE_REPLACED

Phyllis Schlafly Eagles · #WYNK: Religious Liberty is Under Attack | September 13, 2022 #ProAmericaReport The following is a transcript from the … END_OF_DOCUMENT_TOKEN_TO_BE_REPLACED

What You Need to Know is Religious Liberty is Under Attack! And if it can’t get any worse, Conservatives are being targeted and hunted! How do we know … END_OF_DOCUMENT_TOKEN_TO_BE_REPLACED 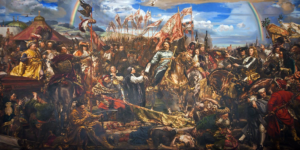 Phyllis Schlafly Eagles · #WYNK: Ray Epps Was In On It! | September 27, 2022 #ProAmericaReport The following is a transcript from the Pro America … END_OF_DOCUMENT_TOKEN_TO_BE_REPLACED

What You Need to Know is Ray Epps was in on it! Who is Ray Epps? Congressman Jamie Raskin gave us the answer after the prompting by Congressman Thomas … END_OF_DOCUMENT_TOKEN_TO_BE_REPLACED