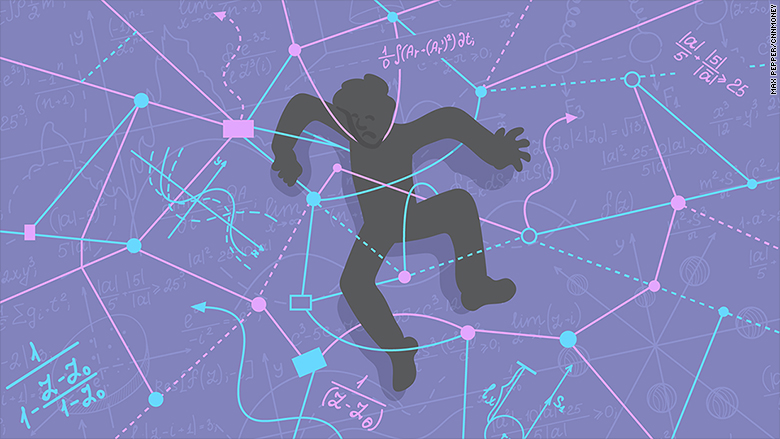 University of Illinois at Urbana-Champaign’s Rochelle Gutiérrez has for years been talking about “whiteness” in mathematics, claiming that changes to math teaching would make the subject less “racist.” Gutiérrez “works on equity issues in mathematics education, focusing primarily on how race, class, and language affect teaching and learning.” Focusing on “political knowledge,” she dismisses the “objects, truth, and knowledge” that are the basis of learning and teaching math.

In early 2019, her keynote speech at a mathematics education conference in India will  include promoting her belief that “the relationship between humans, mathematics, and the planet has been one steeped too long in domination and destruction.” She asks in the conference blurb, “What are appropriate responses to reverse such a relationship?”

Not all students buy what Gutiérrez is promoting.

One student writing at RateMyProfessors.com says, “She focuses [on] spreading her ideologies more so than teaching the subjects. Her ideas are not sane; she talks about privilege all the time.”

Although her overall ratings are low, some of the professor’s ratings are fully positive, like the one praising her for “not allowing for bigotry.” Some are more mixed, like the student who says:

Dr. Gutiérrez professes social justice as a constant practice, and stemming from the understanding of other’s circumstances. She repeatedly holds us after class ends, making rude comments to the students who leave, including insulting a student who had to leave class to go to her job.” Gutiérrez is responsible for teaching teachers how to teach math but is she actually confusing them? She would like to change mathematics to “mathematx” and claims that “math is a verb, not a noun.”

It has been said that Gutiérrez has helped teachers “develop their political knowledge,” and that she encourages them to help their students develop “empathy” for those who answer questions incorrectly because of “different mathematical assumptions.” Math should be a “moral issue” rather than a “rational” one, according to Gutiérrez.

But one student reviewer says: Gutierrez proclaims herself as a scholar who argues mathematics operate as whiteness and I was quite embarrassed that I shared the same intellectual space with someone who is confused about math. Students benefit from truth not fiction. Reportedly, Gutiérrez has received National Science Foundation and Bureau of Educational Research grants. She is a keynote speaker at the Mathematics Education and Society 10th International Conference to be held in Hyderabad, India from January 28 to February 2, 2019. She teaches at a public research university that was founded in 1867. Illinois taxpayers contribute to the salary she receives. (TheCollegeFix.com, 8-21-18)

Phyllis Schlafly Eagles · February 3 | "Woman" Is the Word of the Year The internet is a powerful tool that most of us use every day. … END_OF_DOCUMENT_TOKEN_TO_BE_REPLACED

What You Need to Know is Tucker is allowing the will of the people to be heard! When a huge block of Republicans and so-called conservatives are … END_OF_DOCUMENT_TOKEN_TO_BE_REPLACED

What You Need to Know is Minnesota is now the most unrestricted state in America on abortion. Governor Walz signed into law an awful bill yesterday … END_OF_DOCUMENT_TOKEN_TO_BE_REPLACED

Phyllis Schlafly Eagles · February 8 | Leftist Hollywood's Downward Spiral Looking back on 2022, it is plain to see that Democrat-dominated … END_OF_DOCUMENT_TOKEN_TO_BE_REPLACED

The Deep State in Washington, D.C. just offered to debrief Trump Administration officials about the hot air balloons that have invaded our airspace … END_OF_DOCUMENT_TOKEN_TO_BE_REPLACED