Originally published at the National Association of Scholars website, NAS. org, on November 20, 2018. Reprinted with permission.

The Chronicle of Higher Education has just published an article (unfortunately, behind a paywall) on a new study about college common readings by Jennifer R. Keup of the National Resource Center for the First-Year Experience and Students in Transition. Keup’s research confirms much of the National Association of Scholars’ critique of the genre over the last decade—that common readings consist largely of mediocre, modern nonfiction, not suited to challenge students to college-level thought. Keup only jibs at our characterization of common readings as “progressive propaganda”—although her euphemism “modern ideas” confesses the accuracy of that charge.

Peter Wood, President of the National Association of Scholars, has written The Chronicle a Letter to the Editor, to clarify some inaccuracies and omissions in their article. The letter was published on November 20, 2018.

As the president of the National Association of Scholars (NAS), who has presided over the release of our annual studies of college common readings published under the title Beach Books, I am pleased to hear of Jennifer R. Keup’s research validating many of our findings.

As it happens, NAS’s sample size is considerably larger than Keup’s. In our most recent report, published this October, we review 11 years of data from 2007 to 2017: 4,754 selections at 732 colleges and universities, including 498 selections at 481 colleges and universities for the academic year 2017-2018. We invite future researchers to use our data, which we gathered in good measure to be of use to researchers such as Keup.

Keup differs from the NAS’s study only in that she did not attempt to measure political bias. Yet her statements that common readings have “subject complexity” and “are communicating more modern ideas, content, and sensibilities” would appear to confirm that analysis as well. “Subject complexity” and “modern” appear to be euphemisms for “progressive bias.”

I believe researchers will find that our data and analyses provide considerable complexity and nuance. We divide institutions by state, educational reputation, and type (public, community, private sectarian, private nonsectarian). We divide assignments into 16 genres, 30 subject categories, and 23 themes. We provide focused study of the most popular assignments—including the very interesting fact that the most popular assignments tend to have lower than average Lexile levels—that March: Book One is appropriate for fourth graders, Enrique’s Journey and The Circle for fifth graders, and The Other Wes Moore and Outcasts United for sixth graders. We provide focused analyses of the virtues of classic common reading assignments. Our study of eleven years of common reading assignments provides, to my knowledge, the only large-scale longitudinal study of the genre.

NAS is very pleased that the National Resource Center for First-Year Experience and Students in Transition has undertaken this research. When NAS began work on this topic in 2009, we were alone in subjecting the genre as a whole to a strong, evidence-based critique as to its academic rigor and political bias. The community of first-year experience educators has generally resisted our interpretations, while relying heavily on our data. It’s heartening to see that a major authority within the establishment now endorses all our factual conclusions.

We hope that Keup, and the rest of the professional community, will in time acknowledge the corollary, that it is a bad bargain to trade academic rigor and moral complexity for “subject complexity,” “timeliness,” “relevance,” and “accessibility.”

James Weldon Johnson ends The Autobiography of an Ex-Colored Man (1912) with these words: “When I sometimes open a little box in which I still keep my fast yellowing manuscripts, the only tangible remnants of a vanished dream, a dead ambition, a sacrificed talent, I cannot repress the thought that, after all, I have chosen the lesser part, that I have sold my birthright for a mess of pottage.” For a decade the National Association of Scholars has been urging first-year experience professionals not to sell our students’ intellectual birthright for a mess of pottage, and we hope that Keup’s confirmatory study will amplify our rallying call. 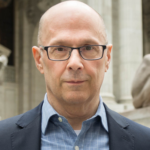 Peter Wood is President of the National Association of Scholars since 2009. Before that he served as NAS’s executive director, and as provost of The King’s College in New York City. Dr. Wood holds a Ph.D. in anthropology from the University of Rochester, and has a master’s degree in library science from Rutgers University. He is an accomplished author of scholarly works, and has published several hundred articles in print and online journals, such as Partisan Review, National Review Online, and the Chronicle of Higher Education.

What You Need to Know is about classified documents and presidential power! Joe Biden’s unmasking may be coming, thanks to the GOP House. The DOJ has … END_OF_DOCUMENT_TOKEN_TO_BE_REPLACED

What You Need to Know is Tucker is allowing the will of the people to be heard! When a huge block of Republicans and so-called conservatives are … END_OF_DOCUMENT_TOKEN_TO_BE_REPLACED

What You Need to Know is Minnesota is now the most unrestricted state in America on abortion. Governor Walz signed into law an awful bill yesterday … END_OF_DOCUMENT_TOKEN_TO_BE_REPLACED

Phyllis Schlafly Eagles · February 3 | "Woman" Is the Word of the Year The internet is a powerful tool that most of us use every day. … END_OF_DOCUMENT_TOKEN_TO_BE_REPLACED