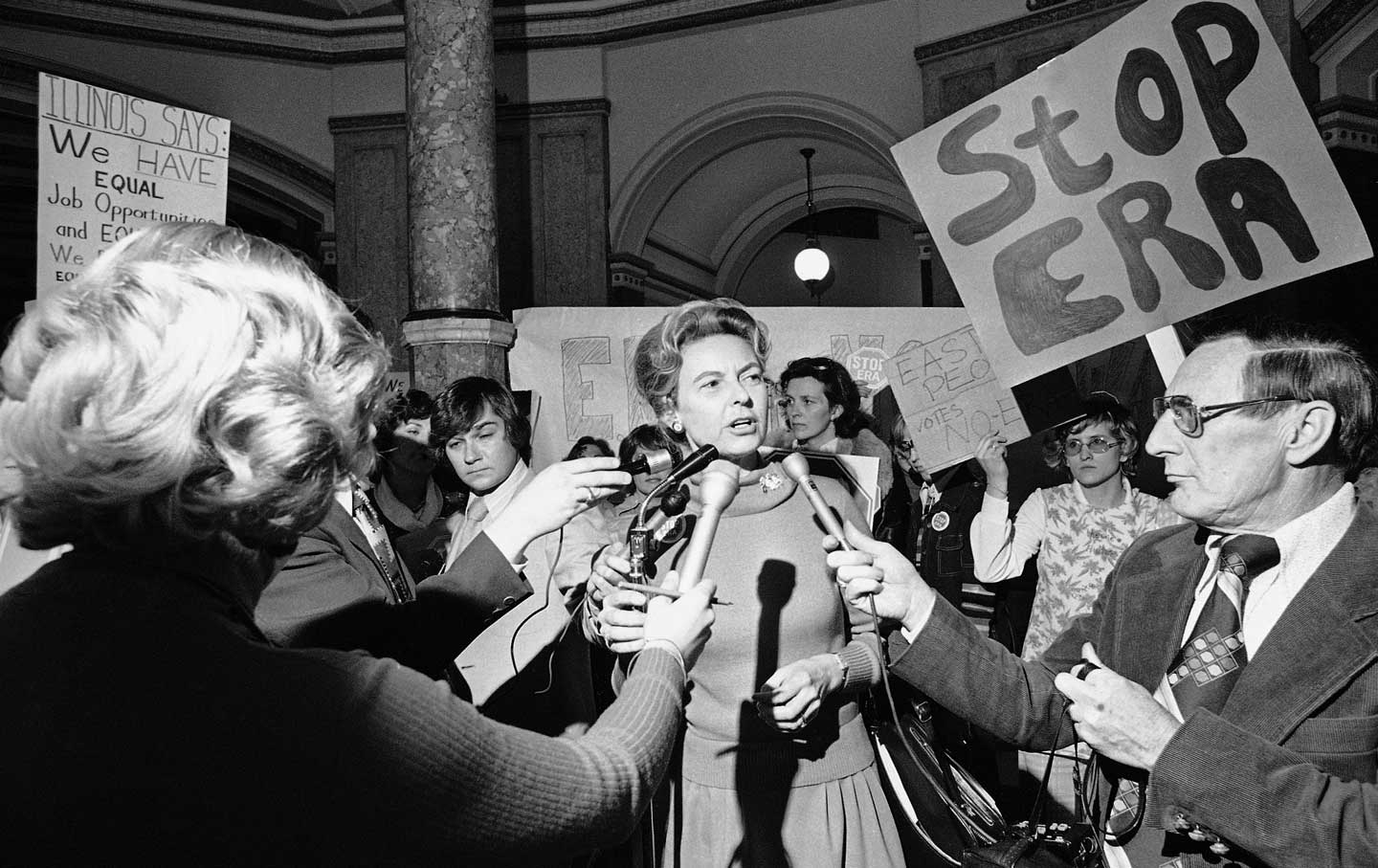 Thanksgiving is a day set aside for the remembrance of the manifest blessings bestowed on our nation from our Heavenly Father. He has given so much to the people of the United States and He deserves to be honored for it. One of those blessings for which I am especially grateful is the life and legacy of Phyllis Schlafly. She had a hand in the biggest conservative victories of the twentieth century. She became the leading voice of the pro-family movement. As a direct result of her work, America stayed safe from the communist threat, embraced the capitalist prosperity of President Reagan, and maintained a social and political climate of honor for the traditional family. One of the best examples of this is Phyllis’s stunning defeat of the falsely named Equal Rights Amendment, which Phyllis recognized as a direct attack on the family and everything it stands for.

In her iconic biography The Sweetheart of the Silent Majority, author Carol Felsenthal recounted a stirring Thanksgiving story which perfectly illustrates Phyllis’s important influence on American history. On the Tuesday before Thanksgiving in 1979, most American women were busy at home preparing bountiful feasts for their families. Few residents of Illinois were out and about on the treacherous, icy streets. Yet, when Phyllis issued a clarion call that the feminists might try to sneak ERA through right before the holiday, more than fifteen hundred women left their turkeys and met Phyllis at the state capitol in Springfield, Illinois. One of the women said that even though she had more than two dozen guests coming for Thanksgiving, she was going to help Phyllis even if that meant staying up all night on Wednesday to make the meal. Together, these housewives spent their day lobbying legislators, ensuring that ERA was blocked in the key battleground state of Illinois.

Phyllis Schlafly was more than just an activist. She was an icon and an inspiration to a generation of women willing to leave their Thanksgiving preparations to join in Phyllis’s fight. I am so thankful that the Lord gave us Phyllis Schlafly right when our nation needed her most. May God bless each of you with a wonderful Thanksgiving holiday.

What You Need to Know is we are in a proxy war with Russia. Until now, we’ve been able to at least try to say we have given Ukraine defense weapons … END_OF_DOCUMENT_TOKEN_TO_BE_REPLACED

What You Need to Know is a lesson on documents and double standards. Suddenly everyone has classified documents and everyone is spinning the stories … END_OF_DOCUMENT_TOKEN_TO_BE_REPLACED

What You Need to Know is to thank the Freedom 20 who took up the House Speaker fight last week. Get the list here — it only takes 3-5 minutes … END_OF_DOCUMENT_TOKEN_TO_BE_REPLACED

What You Need to Know is the House GOP Must Exercise Power of the Purse. We’re back to following the money this week, this time in Congress! House … END_OF_DOCUMENT_TOKEN_TO_BE_REPLACED

Phyllis Schlafly Eagles · February 3 | "Woman" Is the Word of the Year The internet is a powerful tool that most of us use every day. … END_OF_DOCUMENT_TOKEN_TO_BE_REPLACED