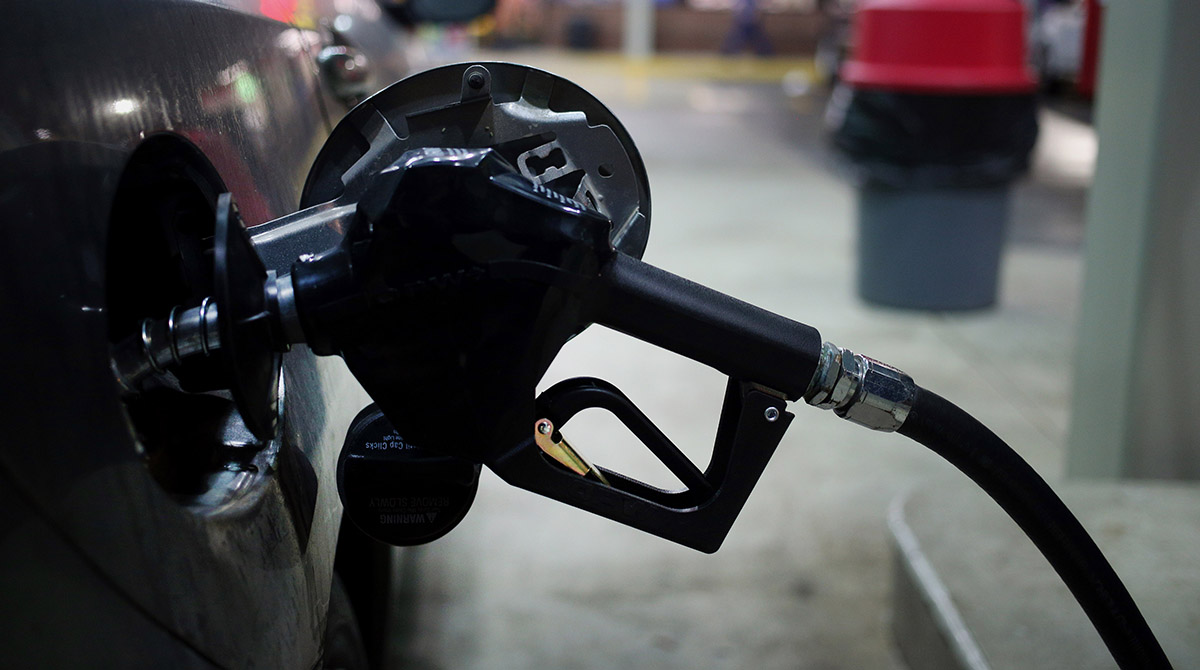 Still smarting from how President Trump crushed its phony free trade agenda, the U.S. Chamber of Commerce has come up with something even dumber. Led by its anti-Trumper president Tom Donohue, the Chamber has proposed a 25-cent increase in the federal gas tax.

William Weld, who just announced his absurd challenge to Trump for the Republican nomination, presided over a gas tax increase when he was governor of Massachusetts in 1991. That state became known as Taxachusetts with a massive exodus of residents following Weld’s unhappy tenure.

Yet already some liberal Republicans are biting the bait of increasing the taxes on gas. If adopted, this would facilitate a Democratic landslide in 2020.

Gas taxes are immensely unpopular with President Trump’s middle-class supporters, many of whom drive long distances to support their families. They also tend to go on driving trips, such as family summer vacations, and a gas tax increase would disrupt their plans.

The wasteful way that government fails to maintain roads is the real problem, and hiking gas taxes will not repair that. A familiar sight on interstate highways is the many construction sites that lack real work activity, diverting traffic longer than they should.

Limousine liberals and government workers would barely feel the pinch of a gas tax as they ride the taxpayer-funded D.C. Metro. They would be fine with higher gas taxes, while swing voters who decide elections are hit the hardest.

A large share of the gas tax is diverted to subways, trains and buses. Car drivers who already pay enormous state and federal taxes should not be forced to further subsidize public transportation.

The “yellow vest” demonstrations that have turned Paris upside down were primarily a protest against high gas taxes in France. Even in liberal Washington State, its voters defeated a carbon tax by 56 to 44 percent last November, and by a wider margin in 2016.

The wasteful way that government fails to maintain roads is the real problem, and hiking gas taxes will not repair that. A familiar sight on interstate highways is the many construction sites that lack real work activity, diverting traffic longer than they should.

In this era of Uber and Lyft, electric and hybrid vehicles, as well as humongous tandem tractor trailers, the gasoline tax is no longer a fair way to pay for our highways. Roads should be funded by those who use them, with variable fees that depend on cost and time of day.

The Dulles Greenway in Virginia is an example of a successful private highway which connects Washington Dulles Airport to Leesburg, Virginia. It has an electronic system for collecting tolls from riders, who enjoy its convenient and efficient access.

In this 21st century, drivers can pay electronically with their smartphones based on their GPS-tracked travel. That efficiency would help deter the massive commuter traffic jams that currently plague our public highways.

The practice of some cities, such as Chicago, to enter into long-term leases of its roads to a foreign owner is not the right approach. A consortium of Canadian pension funds owns the Chicago Skyway toll road, which may be preferable to government ownership but raises questions as to why an American owner was not found for it.

Politicians who have suggested a national carbon tax are not popular either, and anti-Trump Rep. Carlos Curbelo (R-FL) was defeated for reelection after he endorsed that bad idea. A carbon tax is on the amount of carbon in energy sources, primarily fossil fuels.

A carbon tax would be imposed on the suppliers of the energy, particularly oil, coal, and natural gas. But this tax would then be passed on to consumers in the form of higher heating and air-conditioning costs, and higher gas prices at the pump.

The same concept of increasing the gas tax is already being pursued by liberal states such as California, Illinois, and New Jersey. Each of those states have enacted or are considering sharp increases in their own state gas tax, in addition to the federal tax.

In New Jersey, the gas tax was increased by 23 cents a gallon in 2016, and then an additional 4.3 cents last year. Yet another gas tax increase there is possible later this year, with little to show for it except angrier drivers.

In California, where prices already average an eye-popping $3.80 per gallon, a new state tax of 5.6 cents per gallon will hit this summer. Legislation in the Illinois state senate proposes doubling the gas tax there, to 38 cents a gallon.

When the price of a good goes up, demand for the good goes down and a smaller amount is sold. An increase in gas taxes means fewer car trips, less shopping, a decline in summer family vacations on the road, and millions of angry daily commuters who vote.

What You Need to Know is the Qatar-Europe NGO scandal continues! These global schemes with millions of dollars flowing through non-government … END_OF_DOCUMENT_TOKEN_TO_BE_REPLACED

As the midterm elections fast approach, Democrats have lost a key demographic that they relied on in 2020: college-educated men. The biggest … END_OF_DOCUMENT_TOKEN_TO_BE_REPLACED

What You Need to Know is a lesson on documents and double standards. Suddenly everyone has classified documents and everyone is spinning the stories … END_OF_DOCUMENT_TOKEN_TO_BE_REPLACED

What You Need to Know is a brief lesson in original classification authority. You can quibble about whether documents were properly declassified or … END_OF_DOCUMENT_TOKEN_TO_BE_REPLACED

What You Need to Know is the Chinese regime may be on the run. After years of their draconian ‘Covid Zero’ policies that brought more terror to an … END_OF_DOCUMENT_TOKEN_TO_BE_REPLACED

Phyllis Schlafly Eagles · February 8 | Leftist Hollywood's Downward Spiral Looking back on 2022, it is plain to see that Democrat-dominated … END_OF_DOCUMENT_TOKEN_TO_BE_REPLACED