What You Need to Know is there’s a movement in the U.S. intentionally working to erase our history.  It is our duty to understand and talk about our history, and in our generation work toward that vision set from the start of our country – not a perfect world (mere man can’t accomplish that) – but A MORE PERFECT UNION.

Dr. Paul Kengor of Grove City College told me why Archbishop Gregory and Liberal Catholics Attack Trump. President Trump honored the historically pivotal day that the new pope, Saint John Paul the Great, stepped foot back into his homeland, communist Poland.  Of course Democrats, the left and the media were unhappy. But why the Catholic archbishop of Washington, D.C.?  Check out his important book, A Pope and a President: John Paul II, Ronald Reagan, and the Extraordinary Untold Story of the 20th Century.

John Schlafly discusses the new Schlafly Report, How Rioting Ended the Shutdown, and explained the importance of Qualified Immunity for police officers, and Congress’s attempt to repeal this protection.

We can listen to the oral arguments of the General Michael Flynn case tomorrow morning at 9:30 am ET, 6:30 PT.  I’ll put the link on my social media on Twitter and Facebook. Read the message Gen. Flynn published today, Exclusive from Gen. Flynn: Forces of Evil Want To Steal Our Freedom in the Dark of Night, But God Stands with Us.

What You Need to Know is it’s time to bust the Narrative Machine! American’s have been bombarded by the narrative machine. Recently this article came … END_OF_DOCUMENT_TOKEN_TO_BE_REPLACED

Phyllis Schlafly Eagles · February 24 | Due Process Out, New Process In Due process doesn’t seem to have a place on America’s college campuses … END_OF_DOCUMENT_TOKEN_TO_BE_REPLACED

Phyllis Schlafly Eagles · January 5 | The Logical Conclusion of Leftist Lies When Democrats craft a clever narrative to drum up votes, they often … END_OF_DOCUMENT_TOKEN_TO_BE_REPLACED

Phyllis Schlafly Eagles · April 7 | Trump Can't Be Controlled In the battle for the soul of the Republican Party, the two sides are the 74 … END_OF_DOCUMENT_TOKEN_TO_BE_REPLACED

What You Need to Know is elections have consequences! The Biden Administration has dismantled a large commission in the State Department that focused … END_OF_DOCUMENT_TOKEN_TO_BE_REPLACED 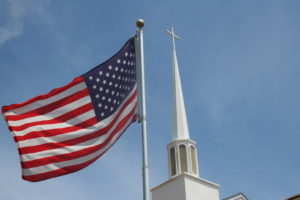 What You Need to Know is fearmongering is now the drug of choice. The narrative machine is feeding fear by pushing Covid and racism. Many are afraid … END_OF_DOCUMENT_TOKEN_TO_BE_REPLACED