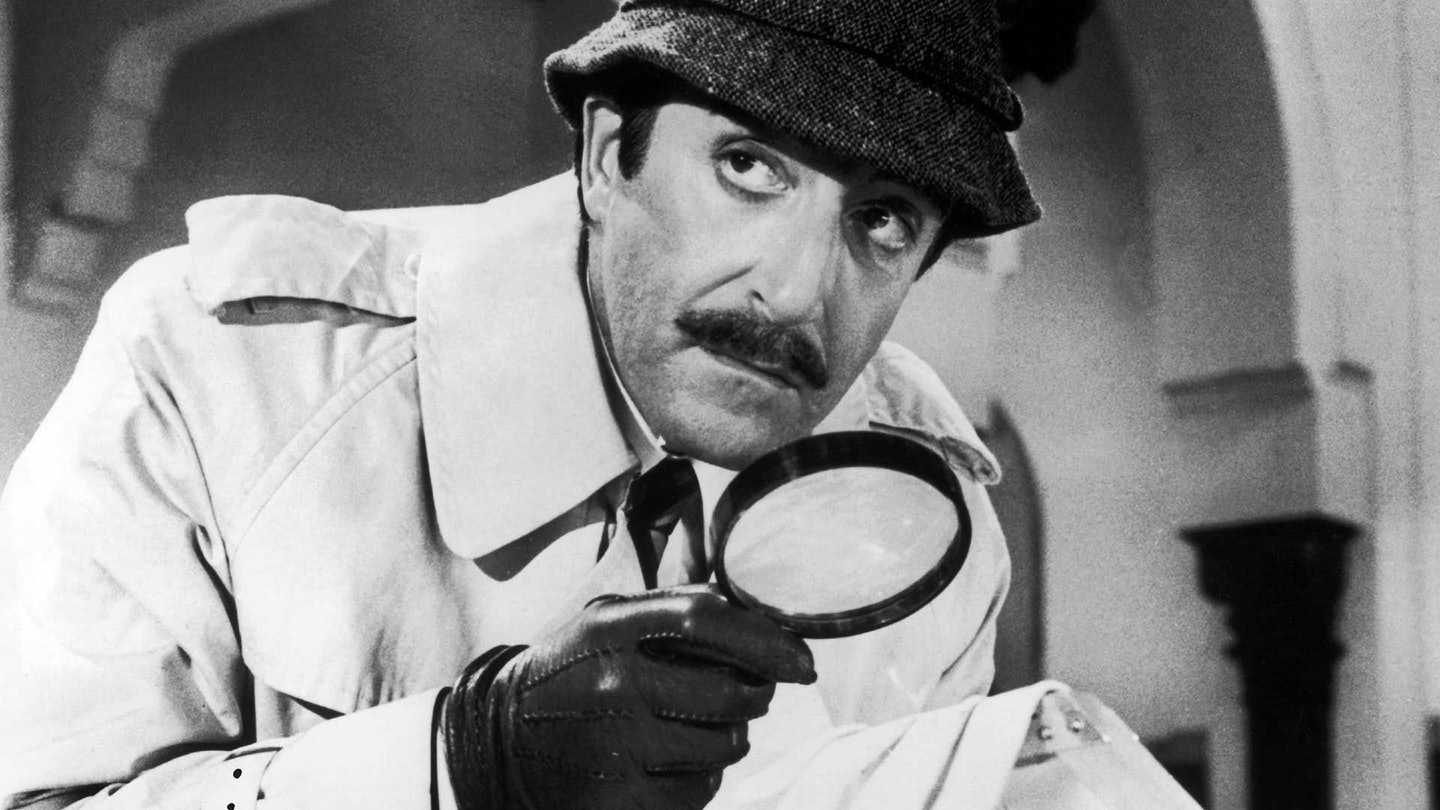 Inspector Clouseau was the bumbling, incompetent investigator in the Pink Panther series of film comedies, originally played to immense amusement by Peter Sellers and later by Steve Martin.  These movies should be mandatory viewing by Democrats.

The images of congressmen eating Kentucky Fried Chicken were designed to cause ridicule of the Trump Administration for not attending a committee hearing, but the photos had the opposite effect.  Democrats on the House Judiciary Committee have made fools of themselves by trying to be investigators.

The House of Representatives has a constitutional purpose to initiate legislation.  All spending bills are required by the Constitution to originate only in the House, so they have real work they should be tending to.

Yet they would rather grandstand and try to attract media cameras for their never-ending harassment of Trump officials.  After Attorney General Bill Barr stood up to the amateur investigators by declining to appear for one of their circus-like hearings, the House Judiciary Committee is next going after former White House Counsel Don McGahn. 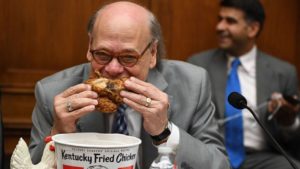 The images of congressmen eating Kentucky Fried Chicken were designed to cause ridicule of the Trump Administration for not attending a committee hearing, but the photos had the opposite effect.

The fishing expedition by the Democrats against Trump has dragged on for more than two years, and House Democrats want to pick up where the failed Mueller investigation left off.  But after Mueller wasted tens of millions of dollars hunting for Russian collusion that was never there, the House should not be pouring more time and money down that bottomless pit.

The Constitution does not grant any authority for the House to issue subpoenas or enforce them.  Instead, Congress has claimed for itself power to subpoena individuals, but it still has no ability to require compliance by them.

Congress must instead rely on the Trump Administration to enforce congressional subpoenas, which no one expects Trump’s Attorney General Bill Barr to do.  Congress takes the risk that its bluster about demanding compliance with its subpoenas will be simply ignored by Trump officials, or even laughed at.

Some have suggested that Congress use its Capitol Police to try to arrest Attorney General Barr for not showing at the hearing.  While that would be entertaining drama, House Democrats lack the guts to spark the public backlash such a stunt would cause.

Congress could bring a lawsuit against McGahn or others in an attempt to compel them to comply with a subpoena, but such litigation would take years to resolve.  That would frustrate the goal of Democrats to try to embarrass Trump prior to the next presidential election.

The response by Treasury Secretary Steven Mnuchin to an improper demand by House Democrats for Trump’s tax returns was perfect.  “The Supreme Court has held that the Constitution requires that Congressional information demands must reasonably serve a legitimate legislative purpose,” Mnuchin wrote in a terse, one-page letter to House Ways and Means Chairman Richard Neal (D-MA).

“The Committee’s request lacks a legitimate legislative purpose” and “the Department is therefore not authorized to disclose the requested returns” of Trump, Mnuchin added.

The flurry of additional subpoenas by Democrat-controlled committees in the House are likewise not for a legitimate legislative purpose.  Mueller has already wasted years investigating imaginary Russian collusion, and that is a closed case at this point.

There is no ongoing legislative debate for which documents by McGahn or similar Trump advisers would be helpful.  There is no testimony sought by Trump’s advisers as to their opinions on draft bills which these committees are considering.

To the contrary, House Democrats have demonstrated that they do not even want to work with the Trump Administration on most legislative issues.  Instead, they want to continue to bully and harass him, but they are picking on the wrong guy for that.

President Trump, more than any prior president, has already proven his willingness to take issues to the Supreme Court as needed to vindicate his positions.  All signs are that there is a majority on the High Court on Trump’s side on matters of greatest concern to him.

It is obvious that the House Democrats want Trump’s tax returns not to assist the House in drafting tax legislation, but to disclose his returns publicly in order to seek to embarrass Trump.  This is reminiscent of how President Nixon supposedly sought to use the IRS against his political adversaries, which Democrats have heavily criticized.

A more recent movie comedy about amateur investigators was entitled “Get a Clue.”  The fried-chicken-eating House Democrats might take that title to heart and spend more time on their constitutional purpose, such as securing our southern border.

What You Need to Know is Trump’s record is baked in. He’s already been torn apart every which way and his record stands with all the things you like … END_OF_DOCUMENT_TOKEN_TO_BE_REPLACED

Proving once again that he is in touch with ordinary Americans, Donald Trump selected education for the first video message of his 2024 presidential … END_OF_DOCUMENT_TOKEN_TO_BE_REPLACED

Phyllis Schlafly Eagles · #WYNK: Trump's Record is Baked In | January 30, 2023 #ProAmericaReport The following is a transcript from the Pro … END_OF_DOCUMENT_TOKEN_TO_BE_REPLACED

Phyllis Schlafly Eagles · #WYNK: Trump is Stronger Than Biden | January 27, 2023 #ProAmericaReport The following is a transcript from the Pro … END_OF_DOCUMENT_TOKEN_TO_BE_REPLACED