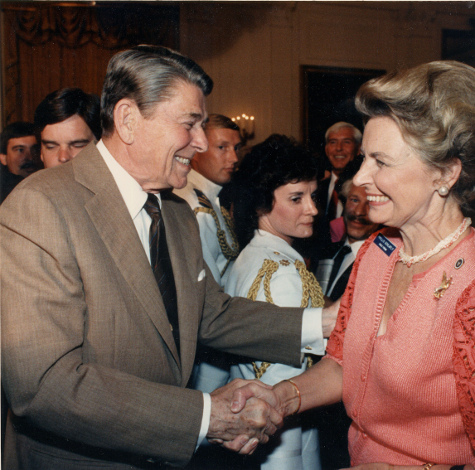 Are you satisfied with how government is spending our taxpayers’ money today? If not, you will have to elect some different representatives in Congress and in state legislatures. To change the laws and the spending, you have to change the people who make the laws. But to elect new representatives you like, your candidates must be on the ballot so you can vote for them. To get on the ballot in the general election, such as we will have in November this year, you have to be nominated for an office by a political party. In some states, candidates are nominated in what is called a Primary, and in other states nominations are made at a political Party convention. Usually, only a small percentage of voters participate in the Primary or convention, so the candidates endorsed by each Party’s county or township committee are usually the ones who are nominated and thereby win a place on the November ballot. These Party officials are (usually) elected every two years at a meeting of the Precinct Committeemen.

So what this boils down to, is the Precinct Committeeman is THE most powerful office in the country because the Committeemen determine who gets the chance to be to be elected to office at every level of government. Remember, if your candidate is not on the ballot, he will not be elected. If you care about the future of America, now is the time for you to think about running for the important office of Precinct Committeeman. We want to hear from you. Ask me for information on how to do this.

Read more: The Most Powerful Office in the World Is NOT the President of the United States

Phyllis Schlafly Eagles · December 9 | Are Supporters of America First Scrooges? It’s going to be a long, cold winter in the United States, but … END_OF_DOCUMENT_TOKEN_TO_BE_REPLACED

Phyllis Schlafly Eagles · January 23 | More Horror Stories from Drop-Box Dems The new Democrat Party, which is essentially the same as the old … END_OF_DOCUMENT_TOKEN_TO_BE_REPLACED

Phyllis Schlafly Eagles · #WYNK: A New Pro-Life America | January 20, 2023 #ProAmericaReport The following is a transcript from the Pro America … END_OF_DOCUMENT_TOKEN_TO_BE_REPLACED

Phyllis Schlafly Eagles · February 3 | "Woman" Is the Word of the Year The internet is a powerful tool that most of us use every day. … END_OF_DOCUMENT_TOKEN_TO_BE_REPLACED

What You Need to Know is Tucker is allowing the will of the people to be heard! When a huge block of Republicans and so-called conservatives are … END_OF_DOCUMENT_TOKEN_TO_BE_REPLACED