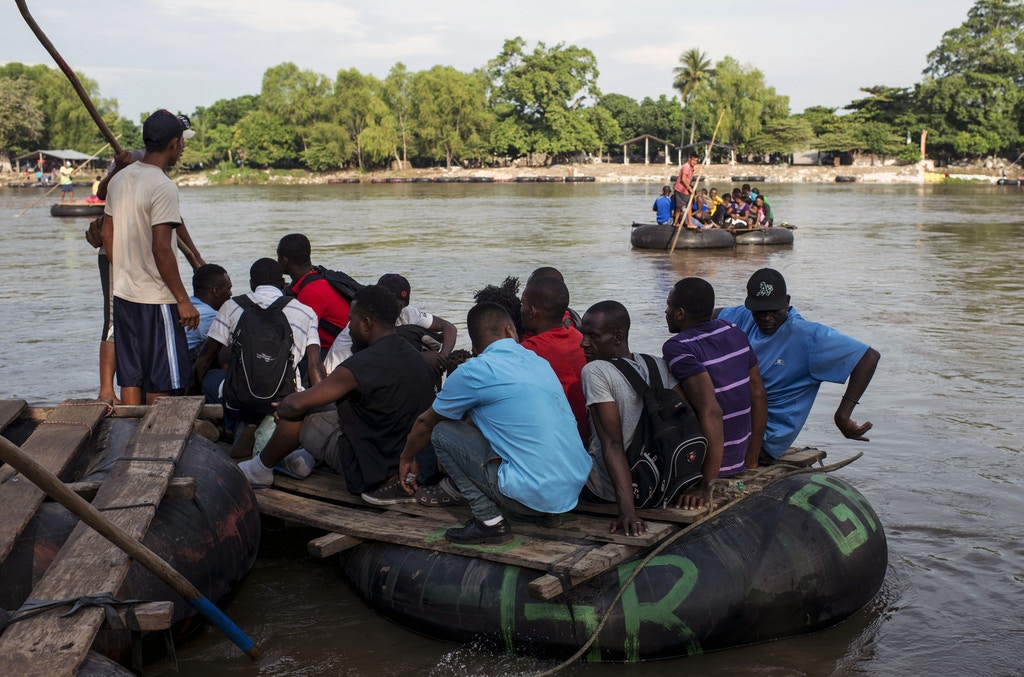 For months, the crisis on America’s southern border has been dominated by families with children from the so-called northern triangle of Central America (Guatemala, Honduras and El Salvador).  Arriving at the rate of 100,000 a month since January, Central Americans have swamped the facilities, resources, and ability of officials to cope with the influx.

“Please do not make yourselves too comfortable,” Trump tweeted last month about this influx of migrants, because “you will be leaving soon!”  He followed up last week with another tweet, announcing that “ICE will begin the process of removing the millions of illegal aliens who have found their way into the United States.  They will be removed as fast as they come in.”

But to the surprise of border agents, many hundreds of migrants from Africa are pouring over our border also.  They do not speak Spanish, adding a new headache to our border patrol trained in that language. No one is quite sure who is paying for the African migrants to traverse the ocean, and then typically hop a free ride to get close to our border.  They hail from the Democratic Republic of the Congo, the second-largest nation by area in all of Africa.

Congo has a massive a population of 81 million which is comparable to that of Germany, and more than that of Great Britain or France.  The people of war-torn Congo have many reasons to flee for a more peaceful land, but why to our country that is many thousands of miles and an ocean away from them?

Maine is their destination, because its Democratic politicians have been aggressively attracting asylum seekers from Congo.  Maine’s cold climate and diet of lobster is not exactly a perfect fit for refugees from the mostly landlocked, distant country of Congo.

Yet this is the insanity that goes on as Democrats, who control Maine, want to prop up their census count and enhance their political strength.  Maine once had eight congressional districts, but that has dwindled to merely two amid smaller population growth than southern states, and Democrats see illegal immigration as a way to boost their numbers.

What You Need to Know is thank Trump for the end of Roe v. Wade. As great as the March for Life was last week and excited as my family was to … END_OF_DOCUMENT_TOKEN_TO_BE_REPLACED

What You Need to Know is Joe Biden’s ego will be his undoing. He should drop executive privilege and get this classified documents investigation over … END_OF_DOCUMENT_TOKEN_TO_BE_REPLACED

For Immediate Release: January 26, 2022Contact: Ryan Hite, Communications Director Solution Staring Us In the Face to Save American Lives: Shut the … END_OF_DOCUMENT_TOKEN_TO_BE_REPLACED

What You Need to Know is the chaos in the House isn’t bad! This is the messy representative system of our republic at work. Only one side is offering … END_OF_DOCUMENT_TOKEN_TO_BE_REPLACED

Phyllis Schlafly Eagles · February 3 | "Woman" Is the Word of the Year The internet is a powerful tool that most of us use every day. … END_OF_DOCUMENT_TOKEN_TO_BE_REPLACED