President Ronald Reagan was a real leader. In his heart, he knew what was right, and he did it regardless of what his advisers were telling him. Ronald Reagan was a man of vision; he imagined a better world than a never-ending confrontation with the Soviet Union and fear of their intercontinental nuclear missiles, and he was determined to save America from the nuclear threat. He also believed that God has blessed the United States in a very special way, and that it was up to America to defeat Communism. While other politicians and academics and advisers were preaching a doctrine of accommodation, detente and compromise with the Soviet Union, Ronald Reagan understood that we were in a battle for the future of the world, and the result must be that we win and they lose. 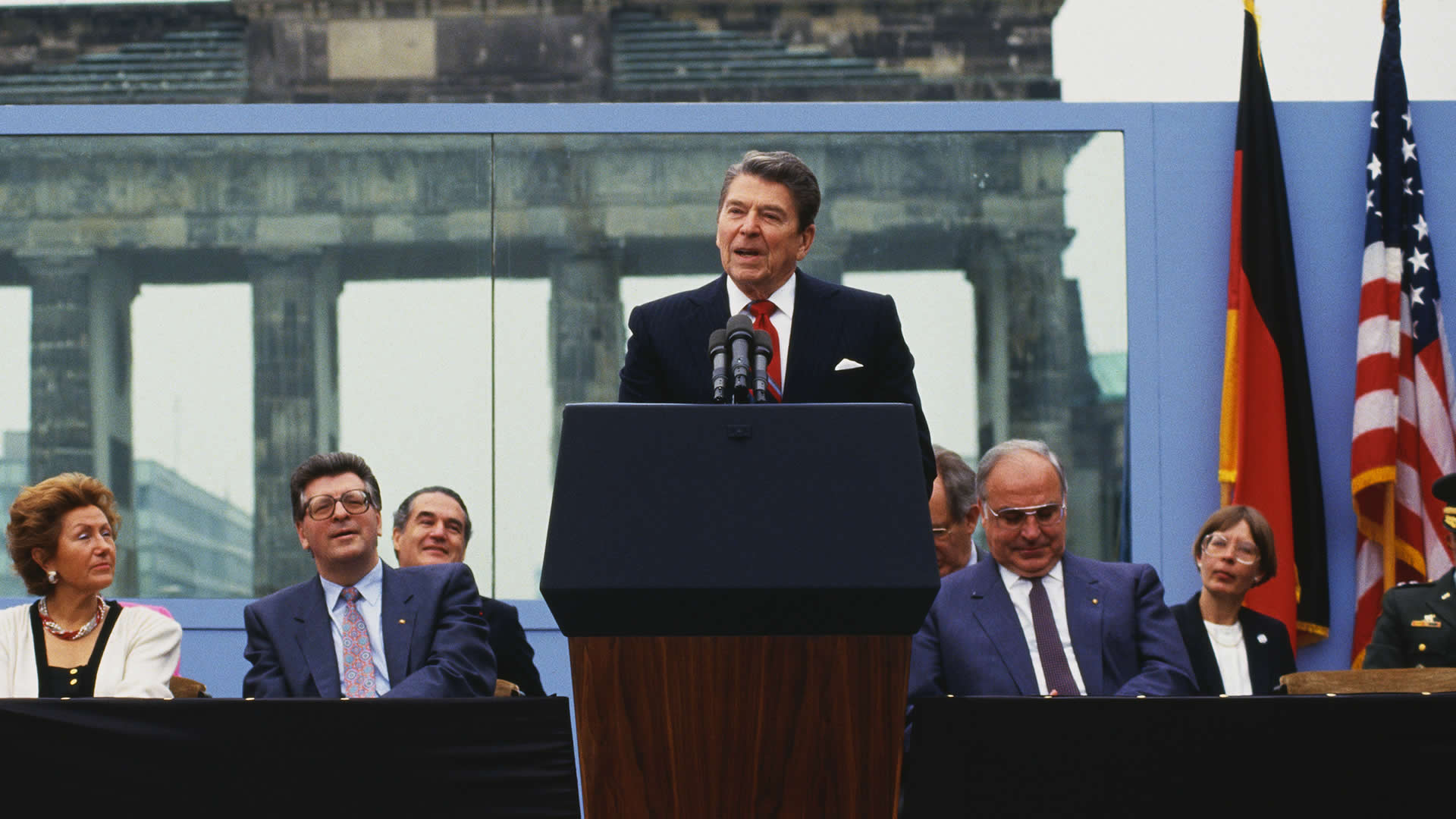 Today, June 12, is the anniversary of the day that Ronald Reagan laid down the challenge to the evil Soviet empire. In Berlin on this date in 1987, President Reagan said, “Mr. Gorbachev, tear down this Wall.” The President’s speechwriters and aides in the State Department kept erasing that line from his prepared speech. But Reagan wrote those words into the speech himself, and spoke them anyway.

History has proved that Reagan’s courage in uttering this challenge was the start of the disintegration of the evil empire. For 28 years, the Berlin Wall divided freedom from Communist slavery. It was the symbol of a Cold War that might have gone nuclear. Reagan saw clearly that we must demand an end to the evil empire. Reagan designed our nation’s future built on victory over Communism, American national security, peace through strength, and the liberation of the Captive Nations.

Five months later, on November 9, 1989, the Berlin Wall started to come down. Victory over Communism happened because Ronald Reagan had a statesman’s vision and the will to win over all odds. Reagan should surely be ranked as the greatest President of the 20th century because he had vision and leadership.

Phyllis Schlafly Eagles · #WYNK: Fake History is a Real Problem | August 31, 2022 #ProAmericaReport The following is a transcript from the Pro … END_OF_DOCUMENT_TOKEN_TO_BE_REPLACED

Phyllis Schlafly Eagles · #WYNK: Balloons in Our Hemisphere | February 3, 2023 #ProAmericaReport The following is a transcript from the Pro America … END_OF_DOCUMENT_TOKEN_TO_BE_REPLACED

What You Need to Know is Mom first! Life begins at conception. But what if the pro-life movement reframed the battle. What if we advertised that life … END_OF_DOCUMENT_TOKEN_TO_BE_REPLACED