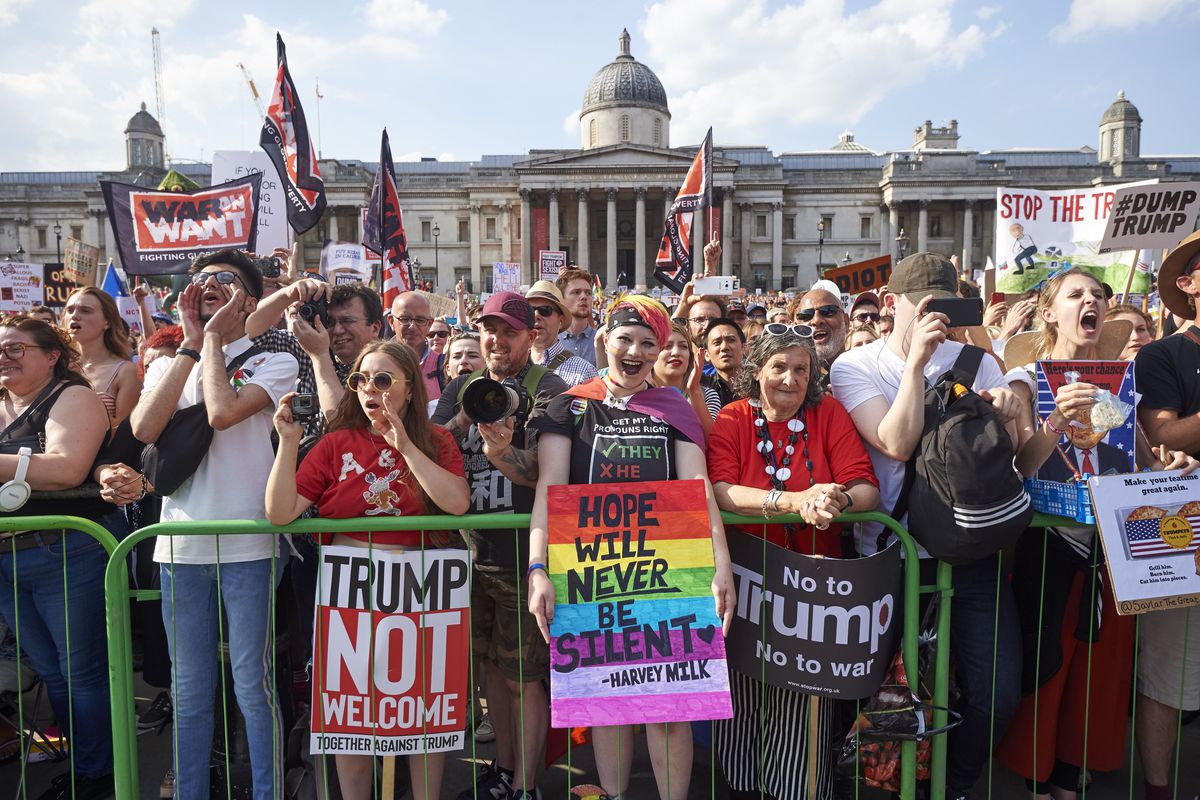 President Donald Trump’s visit to royal England this spring captivated the British as much as Americans. Queen Elizabeth extended official state honors to him and his family, only the third time she has welcomed an American president with such honors during her 67-year reign. More than 150 participated in the royal feast with the Queen and President Trump.  Despite the British rhetoric against Trump, very few dignitaries declined to attend this glamorous event.

The anti-Trump mayor of London who skipped the gala for Trump at Buckingham Palace, Sadiq Khan, predictably went on the attack. Khan published a strident article two days before Trump arrived, under the headline “It’s un-British to roll out the red carpet for Donald Trump.”  Khan even insisted that Trump somehow “flies in the face of the ideals America was founded upon.”

Trump invited Britain to complete its exit from Europe without cutting any deals with the mainland, and instead look for future trade agreements with its longest ally, the United States. Trump-supporting Boris Johnson, the presumptive next Prime Minister of the United Kingdom, agrees with Trump that a “no deal Brexit” is the best approach. “We will leave the [European Union] on 31 October, deal or no deal,” Johnson has declared.  “The way to get a good deal is to prepare for a no deal.”

What You Need to Know is Tucker is allowing the will of the people to be heard! When a huge block of Republicans and so-called conservatives are … END_OF_DOCUMENT_TOKEN_TO_BE_REPLACED

What You Need to Know is Trump is stronger than Biden. Our American leaders sending tanks and weapons to escalate the war in Ukraine aren’t in line … END_OF_DOCUMENT_TOKEN_TO_BE_REPLACED

What You Need to Know is we are in a proxy war with Russia. Until now, we’ve been able to at least try to say we have given Ukraine defense weapons … END_OF_DOCUMENT_TOKEN_TO_BE_REPLACED

Proving once again that he is in touch with ordinary Americans, Donald Trump selected education for the first video message of his 2024 presidential … END_OF_DOCUMENT_TOKEN_TO_BE_REPLACED

Phyllis Schlafly Eagles · #WYNK: Trump's Record is Baked In | January 30, 2023 #ProAmericaReport The following is a transcript from the Pro … END_OF_DOCUMENT_TOKEN_TO_BE_REPLACED

What You Need to Know is Trump’s record is baked in. He’s already been torn apart every which way and his record stands with all the things you like … END_OF_DOCUMENT_TOKEN_TO_BE_REPLACED

Phyllis Schlafly Eagles · February 3 | "Woman" Is the Word of the Year The internet is a powerful tool that most of us use every day. … END_OF_DOCUMENT_TOKEN_TO_BE_REPLACED