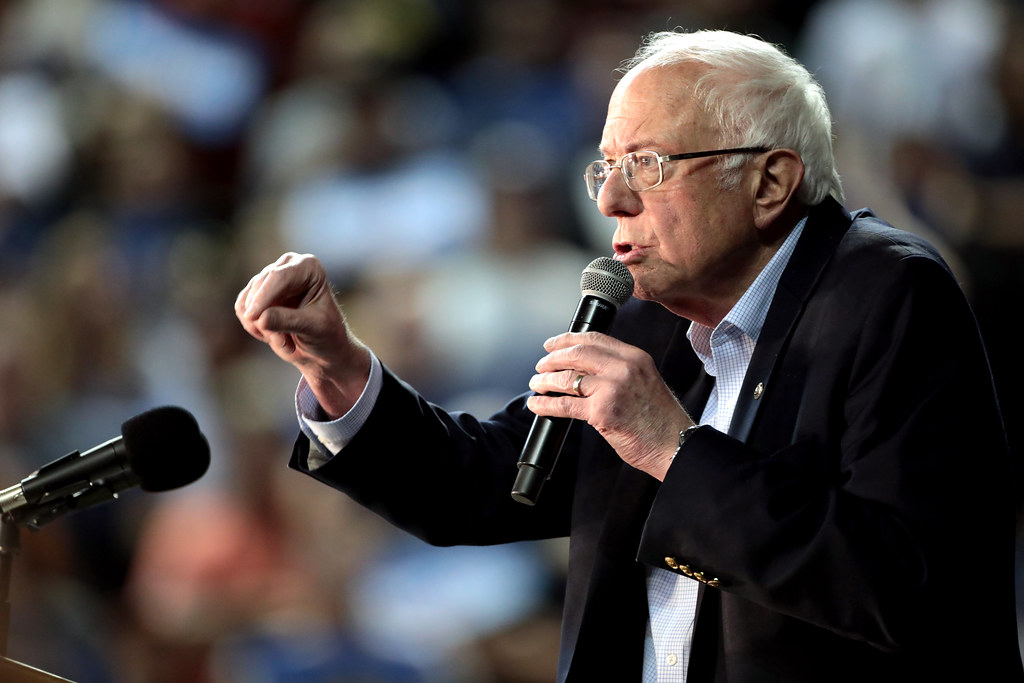 Democrats blamed Sen. Bernie Sanders for Hillary Clinton’s loss to President Trump in 2016. You’ve got to wonder, if Establishment Democrats were so worried about Bernie spoiling the race in 2016, why did they let him get so far in 2020?

Liberal Democrats have only themselves to blame. They stoked the flames of class warfare to try to bring down Trump. Their flames of discontent only backfired into an inferno within their own party. The only thing the Establishment had going for them besides their billions of dollars and their vice-like grip on party officials was the rejection of Sanders by older black voters.  Sanders had much greater success with Hispanics than with African Americans, and no one seems interested in getting to the bottom of why that is.

Pundits pretend that Biden inherits the support blacks had for Obama, but Biden was VP more than three years ago now. I don’t think voters care about Biden’s time in the White House at this point.

Illegal immigration is a major reason for the huge divide in Sanders’ support. Black voters in South Carolina won’t support Sanders’ agenda to open our southern border and let hordes of low-income workers come in. Latinos are more enthusiastic about Bernie’s demand that driver’s licenses be given nationwide to illegal aliens, plus more taxpayer-funded entitlements.  Bernie swept Nevada after pandering to illegals in a way that does not sell to Democrats of any race in the South.

Again, you can place the blame for that squarely on the Establishment Democrats. They’re the ones who fight so hard to get the hordes of illegals inside our borders. They may be solidly Democrat, but that doesn’t mean they have any loyalty to the Establishment. Ironically, if Establishment Democrats want to keep their power from falling into the hands of insurgents like Bernie Sanders, their best bet would be to join conservatives in fighting against illegal immigration. That may be their best play, but I’m not holding my breath. The Democrat deal with the devil of open borders runs deep into the party structure at this point. If you want secure borders, you’re better off looking elsewhere with your vote.

What You Need to Know is thank Trump for the end of Roe v. Wade. As great as the March for Life was last week and excited as my family was to … END_OF_DOCUMENT_TOKEN_TO_BE_REPLACED

What You Need to Know is Joe Biden’s ego will be his undoing. He should drop executive privilege and get this classified documents investigation over … END_OF_DOCUMENT_TOKEN_TO_BE_REPLACED

For Immediate Release: January 26, 2022Contact: Ryan Hite, Communications Director Solution Staring Us In the Face to Save American Lives: Shut the … END_OF_DOCUMENT_TOKEN_TO_BE_REPLACED

What You Need to Know is the chaos in the House isn’t bad! This is the messy representative system of our republic at work. Only one side is offering … END_OF_DOCUMENT_TOKEN_TO_BE_REPLACED

Phyllis Schlafly Eagles · #WYNK: Trump is Stronger Than Biden | January 27, 2023 #ProAmericaReport The following is a transcript from the Pro … END_OF_DOCUMENT_TOKEN_TO_BE_REPLACED