On June 19, the Department of Homeland Security announced that the government was finally ready to deploy a method of tracking whether visitors leave the United States. That’s been the missing piece to determine if people who arrive on temporary visas actually leave when they’re supposed to. 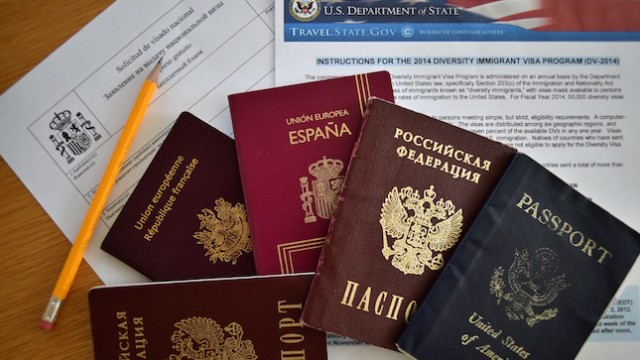 It’s been more than 20 years since Congress ordered the government to install an entry-exit tracking system, but the last three administrations (Clinton, Bush, and Obama) failed to get it done. As a result, millions of people checked into our country under the pretense of a temporary visit and never checked out.

In May, the DHS inspector general reported on a massive backlog of 1.2 million expired visa cases. Some 416,500 people overstayed their visas in 2015, but only 2,456 were deported that year. Well, Donald Trump is carrying out his promise to remove the “bad hombres” from our country. Arrests and deportations of criminal aliens were up 38 percent in his first 100 days.

Federal law enforcement, however, is meeting resistance from Democratic state and local officials. Their commitment to a policy of sanctuary for illegal aliens is illustrated by two recent crimes in the Washington, D.C. area: the rape of a 14-year-old girl in a public school bathroom in Rockville, Maryland, and the brutal murder of a 17-year-old Muslim girl in Reston, Virginia.

The sex attack in the school bathroom caused an uproar until it was revealed that the two attackers came from Guatemala and El Salvador as part of the wave of 100,000 unaccompanied minors who illegally crossed our southern border in 2014. Then the local prosecutor found an excuse to drop charges against the young men.

The murder of the Virginia girl as she was leaving a mosque during Ramadan was initially described as an Islamophobic hate crime. After it was revealed that the accused is an illegal immigrant from El Salvador, who killed the girl by beating her with a metal baseball bat, police demoted the crime to road rage.

But thankfully there is a new tone set from the top. When Attorney General Jeff Sessions visited the Arizona border in April, he declared: “This is a new era. This is the Trump era.”

What You Need To Know about the 2 vaccine mandates. Andrea Kaye, guest host of the #ProAmericaReport, explains how SCOTUS is adding another day to … END_OF_DOCUMENT_TOKEN_TO_BE_REPLACED

What You Need To Know is January 6th has been politicized. Andrea Kaye, guest host of the #ProAmericaReport, talks about January 6th as we go into the … END_OF_DOCUMENT_TOKEN_TO_BE_REPLACED

If the education establishment wants to know why public schools don't get much respect from our citizenry, they need look no further … END_OF_DOCUMENT_TOKEN_TO_BE_REPLACED

Robert Strange McNamara belongs on the daytime soap operas. Better yet, his histrionics belong on Donahue or Geraldo or Sally Jesse Raphael. We are … END_OF_DOCUMENT_TOKEN_TO_BE_REPLACED

What You Need to Know about the Drums of War. The drums of war are being pounded by media and Biden - don't fall for it! More and more American … END_OF_DOCUMENT_TOKEN_TO_BE_REPLACED