President Trump reasserted American leadership on trade and security in in June. His historic performance at the G-7 meeting in Canada, followed quickly by his meeting with North Korean dictator Kim Jong Un in Singapore, left no doubt that America is becoming great again on the world stage. 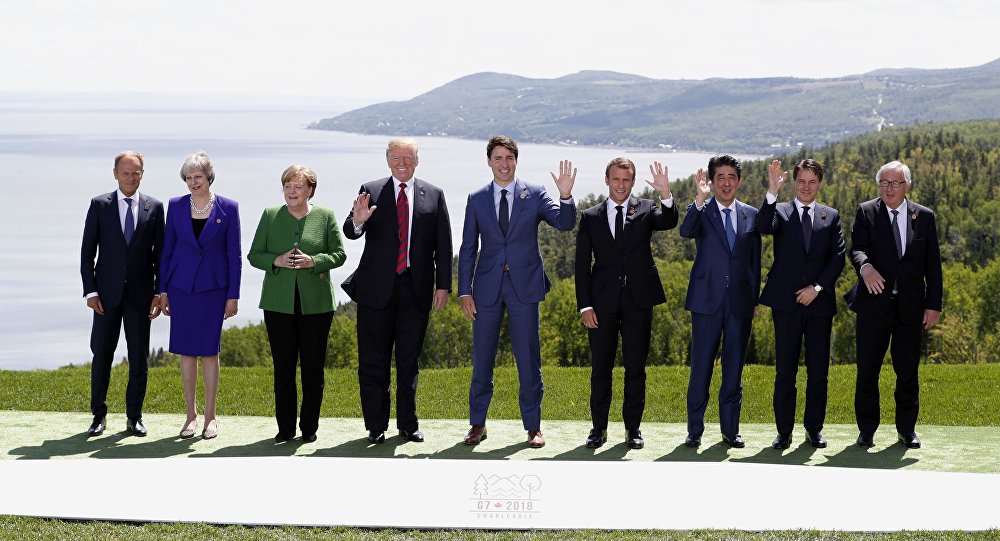 Justin Trudeau, Canada’s leftwing prime minister, was unnecessarily belligerent to Trump at the end of the G-7 summit, and Never-Trump Republicans piled on. But American workers are behind Trump, and the stock market showed no harmful effects of Trump’s pro-American, pro-tariff trade policies.

The G-7 summit, a gathering of the leaders of seven large economies, has become a farce – and they put it on full display in June. It held a meeting devoted to "gender equality," and we applaud how Trump showed up late for such an unproductive attempt at political correctness. The politicians at the G-7 summit are in denial about how voters throughout Europe are rejecting the business-as-usual approach of the Establishment. Voters in the United States, and more recently Italy, are piling on against deep state forces.

Recently, Trump’s strong antitrust policies here at home against “monopolistic” technology companies have complemented his administration’s principled support of fair trade. Many of country’s tech monopolies are all-too-anxious to give away American trade secrets to China in exchange for making a few bucks in that market. Already, China is manufacturing cheap smartphones, but where did it acquire the secrets to do so?

Apple itself did not invent the smartphone, as the Blackberry deserves more credit for that. But then Apple embarked on a business plan of selling in China, which typically requires giving China technology secrets to do so.

The profits Apple made on those sales have been mostly kept outside the United States, so they have not helped Americans at all. The long-term effect of Apple’s sales in China may simply be a transfer secret technology developed here to a foreign power hostile to the United States.

Trump was right to reject the globalism of the G-7 summit, and to send a long-overdue message that the United States will no longer be taken for granted on trade.

What You Need to Know is that we are in a second Cold War, this time with China, and if the U.S. doesn’t decouple from China, we lose. President Trump … END_OF_DOCUMENT_TOKEN_TO_BE_REPLACED

What You Need to Know is American drug overdose deaths hit a new record. We are up to 107,000 Americans who have died in the last year because of … END_OF_DOCUMENT_TOKEN_TO_BE_REPLACED

For Immediate Release: May 11, 2022Contact: Ryan Hite, Communications Director Staggering 8.3% Inflation Can Only Be Blamed On Biden's Broken … END_OF_DOCUMENT_TOKEN_TO_BE_REPLACED

What You Need to Know Feminists don’t what they are doing! They are about to make another marketing error by utilizing all the wrong imagery and … END_OF_DOCUMENT_TOKEN_TO_BE_REPLACED