President Trump’s accomplishments in his first 150 days were successfully drowned out in the news by the mainstream media’s obsession with Russia and the investigation by special counsel Robert Mueller. When combined with the lack of significant action by Congress, it was all-too easy to mistakenly think the Trump agenda had stalled. 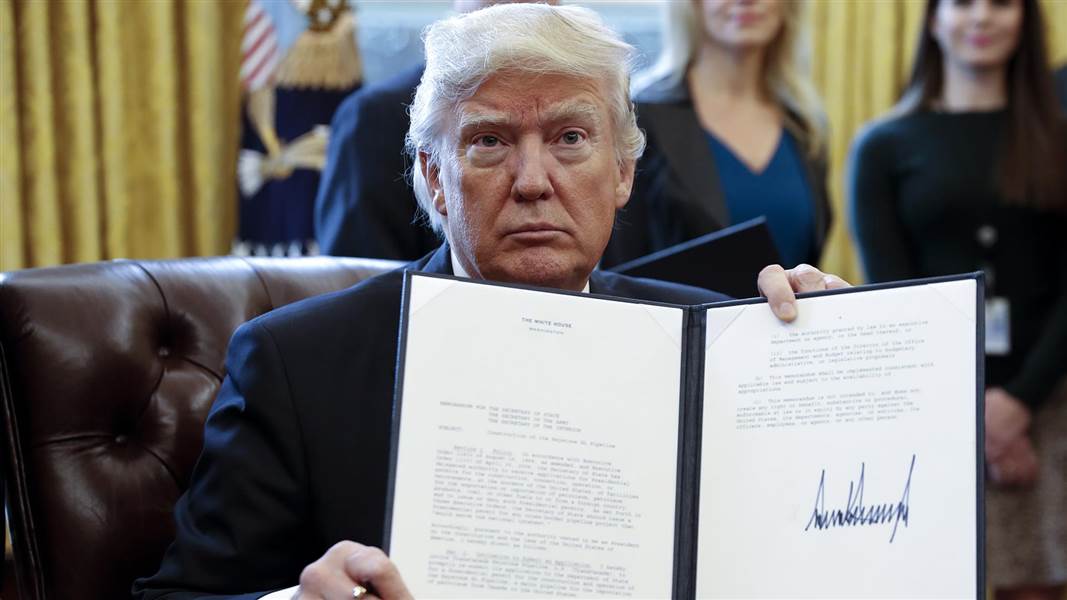 In fact, the Trump Administration continued to carry out the policies Trump campaigned on. Here are a few examples of progress on Trump’s signature issues of immigration, jobs, and trade.

On June 15, DHS secretary John F. Kelly rescinded the Obama amnesty known as DAPA that had been ruled illegal by the federal courts. DAPA would have legalized around 4 million people solely because they were parents of anchor babies.

Some wondered why the earlier Obam-nesty called DACA wasn’t rescinded at the same time, but Kelly’s statement included a veiled warning about that, too. In a little-noticed footnote, Secretary Kelly warned that “deferred action, as an act of prosecutorial discretion, may only be granted on a case-by-case basis” — not the wholesale legalization of 700,000 so-called Dreamers.

Some critics gloated that Trump was blocked from building the wall he promised on our southern border when Congress refused to appropriate the money. In fact, advance work on the wall is under way, and the government already owns or controls the most vulnerable 700 miles of the 1,954-mile border. Only 36 of those miles have the barrier required by the Secure Fence Act of 2006, which then-Senator Barack Obama voted for.

On jobs and trade, since cancelling the Trans-Pacific Partnership (TPP) in his first week in office, President Trump has taken a number of steps to use his presidential trade powers to put America first.

Trump’s Commerce Secretary Wilbur Ross and Trade Representative Robert Lighthizer are not afraid of being accused of “starting a trade war.” As Secretary Ross recently told the Wall Street Journal, the United States has been in a trade war since the end of World War II, and it’s time we started fighting to win.

What You Need to Know is that we are in a second Cold War, this time with China, and if the U.S. doesn’t decouple from China, we lose. President Trump … END_OF_DOCUMENT_TOKEN_TO_BE_REPLACED

What You Need to Know is Pelosi is Wrong or Lying. The archbishop came out saying that Speaker Nancy Pelosi will be denied Holy Communion because of … END_OF_DOCUMENT_TOKEN_TO_BE_REPLACED

What You Need to Know is the Border is about to be totally open! In just a few days we are going to see around 18,000 illegal aliens crossing our … END_OF_DOCUMENT_TOKEN_TO_BE_REPLACED

Phyllis Schlafly Eagles · May 9 | How To Remake A Political Party Remaking a political party is difficult, but essential now as the entrenchment of … END_OF_DOCUMENT_TOKEN_TO_BE_REPLACED

For Immediate Release: May 27, 2022Contact: Ryan Hite, Communications Director Pro-Life Americans Will Not Be Silenced By Pro-Abortion Scare … END_OF_DOCUMENT_TOKEN_TO_BE_REPLACED

Phyllis Schlafly Eagles · May 27 | A Horror Story in Washington, D.C. A horror story unraveled in our nation’s capital that would leave any … END_OF_DOCUMENT_TOKEN_TO_BE_REPLACED