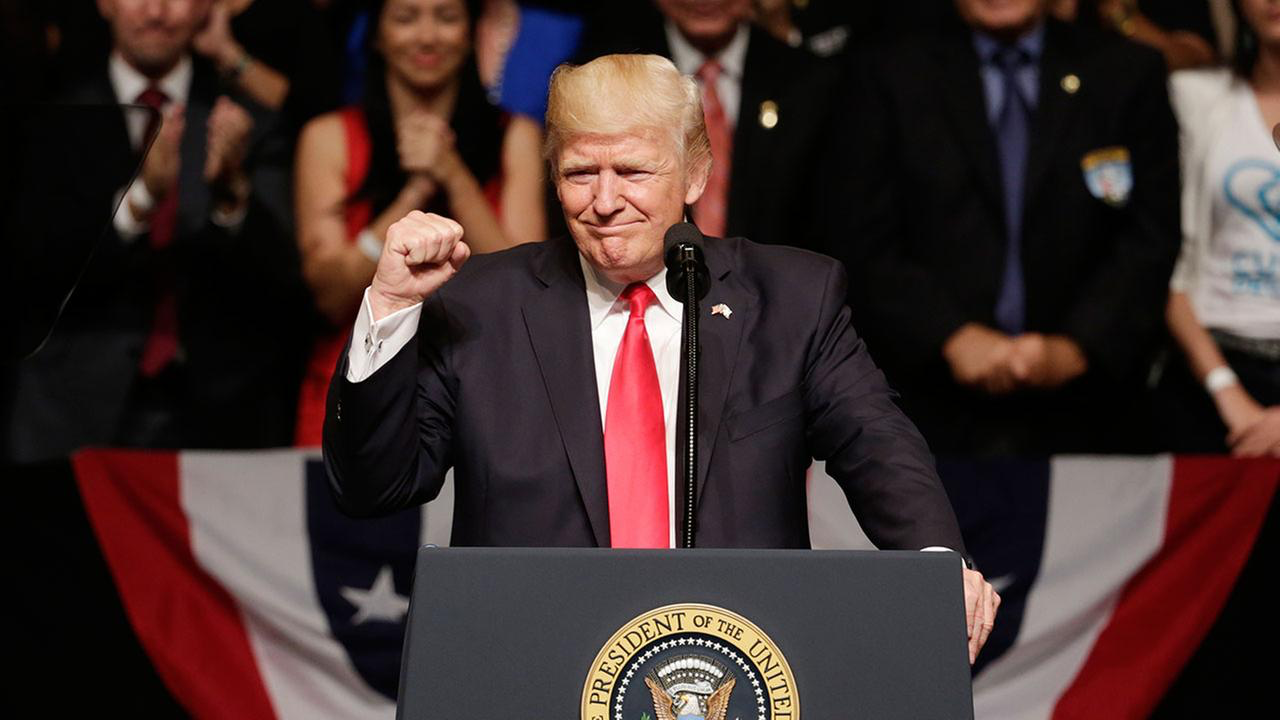 President Trump’s accomplishments in his first 150 days have been drowned out in the media by their obsession with Russia and the investigation by special counsel Robert Mueller. When combined with the lack of significant action by Congress, it’s easy to mistakenly think the Trump agenda is stalled.

In fact, the Trump Administration has continued to carry out the policies Trump campaigned on. Here are a few examples of progress on Trump’s signature issues of immigration, jobs, and trade.

On June 15, DHS secretary John F. Kelly rescinded the Obama amnesty known as DAPA that had been ruled illegal by the federal courts. DAPA would have legalized about 4 million people solely because they were parents of anchor babies.

Some wondered why the earlier Obam-nesty called DACA wasn’t rescinded at the same time, but Kelly’s statement included a veiled warning about that, too. In a little-noticed footnote, Kelly warned that “deferred action, as an act of prosecutorial discretion, may only be granted on a case-by-case basis” — not the wholesale legalization of 700,000 so-called Dreamers.

On June 19, DHS announced that the government is finally ready to deploy a method of tracking whether visitors leave the United States. That’s been the missing piece to determine if people who arrive on temporary visas actually leave when they’re supposed to.

It’s been more than 20 years since Congress ordered the government to install an entry-exit tracking system, but the last three administrations (Clinton, Bush and Obama) failed to get it done. As a result, millions of people checked into our country under the pretense of a temporary visit and never checked out.

Last month, the DHS inspector general reported on a massive backlog of 1.2 million expired visa cases. Some 416,500 people overstayed their visas in 2015, but only 2,456 were deported that year.

Donald Trump promised to remove the “bad hombres” from our country, and he is carrying out that promise. Arrests and deportations of criminal aliens, including members of the MS-13 gang based in Central America, were up 38 percent in the first 100 days, compared with the last year of the Obama administration.

Part of the reason is simply the new tone set from the top. When Attorney General Jeff Sessions visited the border at Nogales, Arizona in April, he forthrightly declared: “This is a new era. This is the Trump era.”

Federal law enforcement, however, is meeting resistance from Democratic state and local officials. Their commitment to a policy of sanctuary for illegal aliens is illustrated by two recent crimes in the Washington, D.C. area: the rape of a 14-year-old girl in a public school bathroom in Rockville, Maryland, and the brutal murder of a 17-year-old Muslim girl in Reston, Virginia.

The sex attack in the school bathroom caused an uproar until it was revealed that the two attackers came from Guatemala and El Salvador as part of the wave of 100,000 unaccompanied minors who illegally crossed our southern border in 2014. Then the local prosecutor found an excuse to drop charges against the young men.

The murder of the Virginia girl as she was leaving a mosque during Ramadan was initially described as an Islamophobic hate crime. After it was revealed that the accused is an illegal immigrant from El Salvador, who killed the girl by beating her with a metal baseball bat, police demoted the crime to road rage.

Some critics gloated that Trump was blocked from building the wall he promised on our southern border when Congress refused to appropriate the money. The media found a few private landowners near the border who say they don’t want their property used for a wall.

In fact, advance work on the wall is under way, and the government already owns or controls the most vulnerable 700 miles of the 1,954-mile border. Only 36 of those miles have the barrier required by the Secure Fence Act of 2006, which then-Senator Barack Obama voted for.

On jobs and trade, since cancelling the Trans-Pacific Partnership (TPP) in his first week in office, President Trump has taken a number of steps to use his presidential trade powers to put America first.

Trump’s Commerce Secretary Wilbur Ross and Trade Representative Robert Lighthizer are not afraid of being accused of “starting a trade war.” As Secretary Ross recently told the Wall Street Journal, the United States has been in a trade war since the end of World War Two, and it’s time we started fighting to win.

Trump served notice that he’s willing to cite “national security” as a basis for better trade agreements, as current law allows. Finally we have a president who recognizes that our national security is threatened by opening floodgates to unlimited imports of manufactured goods from countries that generally do not buy our exports.

What You Need to Know is Ray Epps was in on it! Who is Ray Epps? Congressman Jamie Raskin gave us the answer after the prompting by Congressman Thomas … END_OF_DOCUMENT_TOKEN_TO_BE_REPLACED

What You Need to Know to Understand is the danger of the Narrative Machine! Read this article from Tablet Magazine to help understand the connection … END_OF_DOCUMENT_TOKEN_TO_BE_REPLACED

What You Need to Know is Martha’s Vineyard CNN coverage is funny! 'They enriched us.' Migrants' 44-hour visit leaves indelible mark on Martha's … END_OF_DOCUMENT_TOKEN_TO_BE_REPLACED

What You Need to Know is the media is finally reporting on the Southern Border! Governor Ron DeSantis and Governor Greg Abbott are forcing the media … END_OF_DOCUMENT_TOKEN_TO_BE_REPLACED

What You Need to Know is The Narrative Machine is Obsessed with Trump! First, it used to be called the Trump Exhaustion Syndrome now the left is … END_OF_DOCUMENT_TOKEN_TO_BE_REPLACED

Phyllis Schlafly Eagles · September 20 | LIV Golf Delivers a Hole in One LIV Golf has appeared as the foremost competitor to the PGA, which has led … END_OF_DOCUMENT_TOKEN_TO_BE_REPLACED

Phyllis Schlafly Eagles · September 28 | The Politicization of the School Lunchroom There are all kinds of labels on food these days. You may have … END_OF_DOCUMENT_TOKEN_TO_BE_REPLACED

Phyllis Schlafly Eagles · #WYNK: Ray Epps Was In On It! | September 27, 2022 #ProAmericaReport The following is a transcript from the Pro America … END_OF_DOCUMENT_TOKEN_TO_BE_REPLACED