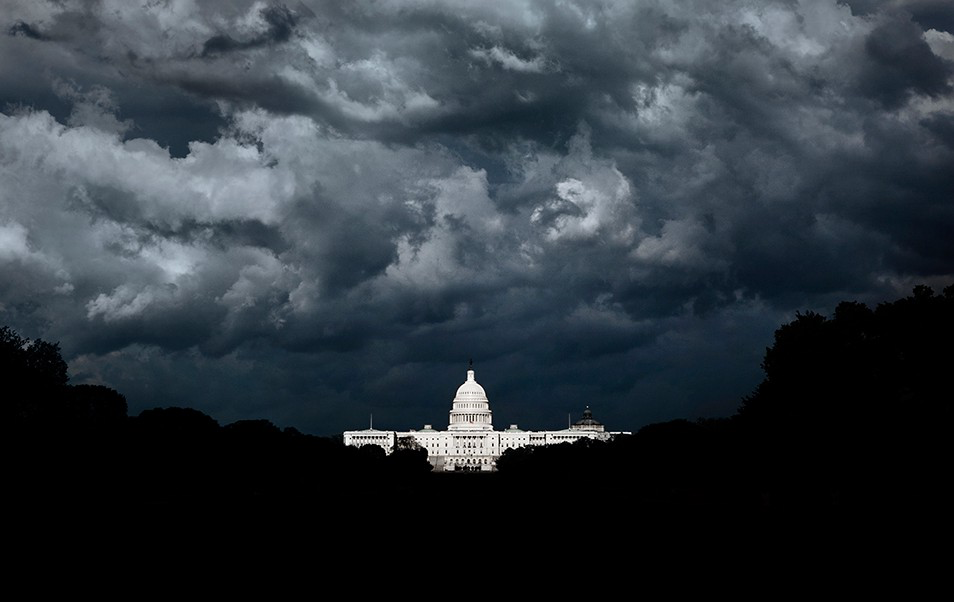 A whopping 74% of Americans recognize the problem of the “Deep State” – the entrenched bureaucrats in D.C. who control our government. This was confirmed by a remarkable poll released on Monday by Monmouth University.

The FBI’s own disciplinary office recommended the firing of its disgraced former deputy director, Andrew McCabe, and Attorney General Jeff Sessions pulled the trigger. But former Deep Staters sprang to the defense of McCabe, as if on cue, and tweeted invective at the people’s leader they hate, President Trump.

Chief among the chorus of former bureaucrats was John Brennan, who ran the CIA during Obama’s second term. Brennan admitted he voted for the Communist Party in 1976, so it is unsurprising that he would rant against Trump’s efforts to clean house.

Quickly McCabe received multiple job offers from Democrat politicians, which would be at additional taxpayer expense. He could also garner big bucks from a lecture tour at liberal universities, or like his mentor James Comey write a self-serving book with a hefty advance royalty.

Better yet, McCabe could form a band with Brennan, Comey, and James Clapper, all of whom are gone from their official positions but still dominate the news. They could call their band the “Deep State Blues,” and perform to empty houses across middle America.

Trump played to a packed house in western Pennsylvania ten days ago, delivering a magnificent speech that was decried by the media but loved by the grassroots. Trump laid out how he is trying to exorcise the evil that permeates D.C., which is fighting back like a trapped rabid dog.

The refreshing firing of McCabe was another shot across the bow in this comic-book-like struggle between the American people, led by Trump, and the dug-in Establishment. This illustrates what Phyllis Schlafly wrote about in her bestselling classic A Choice Not An Echo, which describes the long-running battle between the grassroots and the insiders who control government no matter who is elected.

Robert Mueller, or his superior Rod Rosenstein who fails to rein him in, should be next on the chopping block, and Trump needs to strike while the iron is hot. And Trump should fire any advisers who stand in his way on this.

Republican impediments such as Sen. Lindsey Graham are probably still bitter about how Trump humiliated them in the 2016 presidential contest. To this day Trump has a higher approval rating than Graham in South Carolina, which is Graham’s home state.

Mueller has already wasted far more than ten million dollars in taxpayer money while proving nothing of significance. Instead, Mueller has intimidated those loyal to Trump, which may be the real goal.

If the only thing President Trump achieves is to loosen the grip by the power-brokers on D.C., then he will have accomplished more than his four predecessors combined. But the fierce resistance by both political parties makes the outcome far from clear.

Fortunately, Trump does have some allies on Capitol Hill on this issue. Senator Rand Paul rebuked Brennan for his attack on Trump, pointing out that what is really disgraceful is how Brennan “had the power to search every American’s records without a warrant” and how that is an attack on “the freedom of every American.”

The Deep State has control of all the federal agencies in D.C., so it is a steep climb to triumph over it. Some might wonder if it is even impossible to return the power to the American people that is rightfully ours.

For example, in behavior typical of the Swamp, the IRS refuses to stop the use of 1.3 million stolen or bogus Social Security numbers of employed illegal aliens. It would be a simple matter to pull the plug on the employers of those illegals, yet the IRS as a matter of policy refuses to take action.

This conduct by the IRS has compelled the valiant Tom Homan of ICE to risk the lives of his agents by conducting three raids in the sanctuary state of California. The public overwhelmingly opposes employers hiring illegal aliens, jobs that could be going to Americans, and the IRS could easily stop the illegal employment without putting the lives of any enforcement agents at risk.

The Monmouth University survey was mostly of Democrats and Independents, with Republicans comprising only 27% of the respondents, so its results are even more extraordinary. When asked about the possible existence of “a group of unelected government and military officials who secretly manipulate or direct national policy,” known as the Deep State, 47% said it “probably exists” and 27% said it “definitely exists.”

With unusual consistency across Democrats, Independents, and Republicans, about 60% said that unelected or unappointed officials hold too much power in government. If Trump can end that, then Americans will be forever grateful.

What You Need to Know is that polls lie and they will come to a tie! Polls are easy to manipulate — you can’t trust them because they are a reflection … END_OF_DOCUMENT_TOKEN_TO_BE_REPLACED

What You Need To Know is the news media is flailing and failing. Only good news sources like OANN are reporting the facts. The Mainstream media … END_OF_DOCUMENT_TOKEN_TO_BE_REPLACED

Phyllis Schlafly Eagles · September 25 | Give Nuclear A Chance Donald Trump and Joe Biden disagree on a lot of things, but there is at least one … END_OF_DOCUMENT_TOKEN_TO_BE_REPLACED