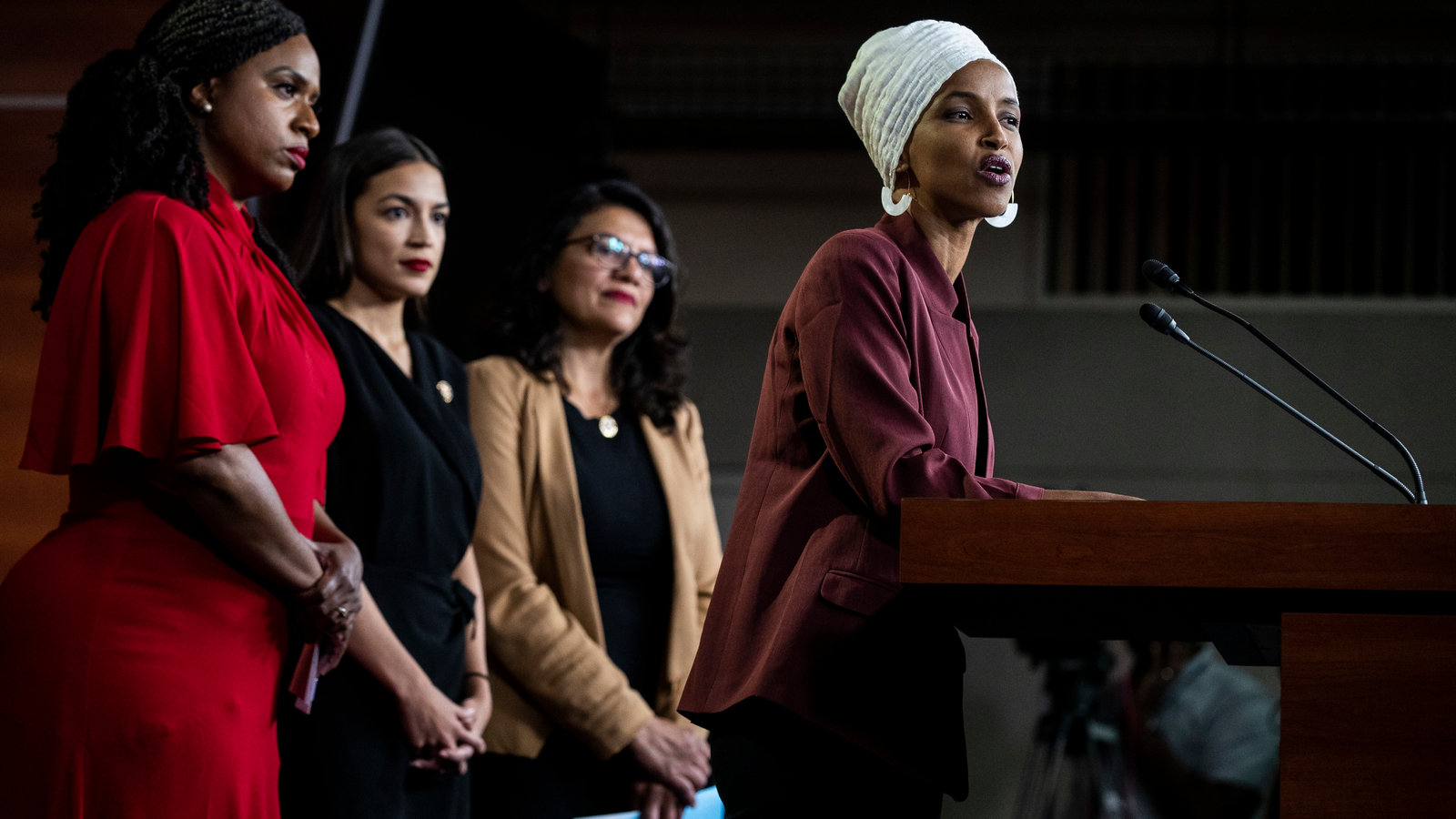 Purchases of domestic steel and iron products will increase to 95 percent under Trump’s command.  As our infrastructure is rebuilt, this will give an important boost to our manufacturers.

At the same time, the Trump administration took action to sharply limit the flow of illegal aliens who seek asylum by crossing our southern border.  In response to an explosion in such applications, the Department of Justice issued a new rule to prohibit applications for asylum by someone who has migrated through another country which could have granted asylum, namely Mexico.

These are all necessary steps to restore American sovereignty and jobs for our citizens.  But the anti-Trumpers show little interest in these sensible new policies, and instead try to falsely label Trump as a racist.

Americans already knew Trump as a celebrity and entertainer before liberals began smearing him, which gives him the same Teflon quality that Ronald Reagan had.  Critics have to pretend that Trump has somehow changed, when everyone knows he has not. 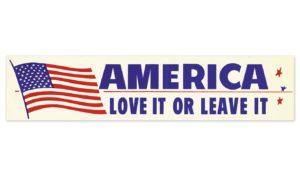 Trump’s comments were reminiscent of a popular bumper sticker in the 1970s, which said “America: Love it or Leave it.”

The new blizzard of false accusations of racism are for Trump’s tweets suggesting that those who dislike the United States should return to their country of origin.  Trump’s comments were reminiscent of a popular bumper sticker in the 1970s, which said “America: Love it or Leave it.”

Trump tweeted on Sunday that some should “go back and help fix the totally broken and crime infested places from which they came.”  On Monday, he retweeted that a small group of leftist congresswomen are “a bunch of communists” and “anti-America.”

Trump’s tweets were in response to the inflammatory rhetoric of the “Squad,” as the four congresswomen have become known, who have been more than disrespectful of the president.  In order of notoriety, the Squad consists of Representatives Alexandria Ocasio-Cortez (D-NY), Ilhan Omar (D-MN), Rashida Tlaib (D-MI), and Ayanna Pressley (D-MA), who in a joint press conference on Monday referred to President Trump as “blatantly racist.”

They also insist that the President is somehow lawless as he tries to secure the border and seek the removal of criminal aliens.  But Trump’s policies have at various times been supported by Democrats in the past, even by some of the current Democratic presidential candidates.

The Squad derisively refers to our Commander-in-Chief as the mere “occupant” in the White House.  The Speaker of the House Nancy Pelosi has tried to rein in these out-of-control Democrats, only to receive a stinging rebuke from them in response.

One of the most prominent members of the Squad is an immigrant from Somalia, where American soldiers were killed and dragged through the streets while Bill Clinton was president.  Americans have long been urged to leave that country rather than stay there.

But tens of thousands of Somalis were transplanted to Minnesota, creating a community large enough to elect a congresswoman from their native land, Ilhan Omar.  President Trump quipped, “I’m sure that Nancy Pelosi would be very happy to quickly work out free travel arrangements” for her return to Somalia.

Humorous, but certainly not racist.  Omar has been highly critical of American policies on multiple issues, as is her right, but her outspokenness makes it fair game for Trump to criticize her in return.

Her colleague in the Squad, the already famous rookie congresswoman Alexandria Ocasio-Cortez, was quick to accuse her fellow Democrat Nancy Pelosi of racism just last week.  Trump himself felt compelled to defend Speaker Pelosi against the smear.

Disputes about immigration policy are not about racism.  It is not racist to try to Make America Great Again, or to urge someone to leave America if she does not like it here.

Of course, virtually everyone does like it here, and billions of people around the world want to come here.  President Trump is right to call out the opponents of border security and our free market system that gives us liberty and prosperity.

Later, her spokeswoman clarified these remarks by saying, “Diversity at the table doesn’t matter if there’s not real diversity in policy.”  But policy diversity as advocated by President Trump is apparently not what the Squad is looking for.

What You Need to Know is thank Trump for the end of Roe v. Wade. As great as the March for Life was last week and excited as my family was to … END_OF_DOCUMENT_TOKEN_TO_BE_REPLACED

What You Need to Know is Joe Biden’s ego will be his undoing. He should drop executive privilege and get this classified documents investigation over … END_OF_DOCUMENT_TOKEN_TO_BE_REPLACED

For Immediate Release: January 26, 2022Contact: Ryan Hite, Communications Director Solution Staring Us In the Face to Save American Lives: Shut the … END_OF_DOCUMENT_TOKEN_TO_BE_REPLACED

What You Need to Know is the chaos in the House isn’t bad! This is the messy representative system of our republic at work. Only one side is offering … END_OF_DOCUMENT_TOKEN_TO_BE_REPLACED

What You Need to Know is Rand Paul's wife is right! Senator Rand Paul was attacked a few years ago by his neighbor who was left-leaning. When Nancy … END_OF_DOCUMENT_TOKEN_TO_BE_REPLACED

What You Need to Know is Rand Paul's wife is right! Senator Rand Paul was attacked a few years ago by his neighbor who was left-leaning. When Nancy … END_OF_DOCUMENT_TOKEN_TO_BE_REPLACED

Proving once again that he is in touch with ordinary Americans, Donald Trump selected education for the first video message of his 2024 presidential … END_OF_DOCUMENT_TOKEN_TO_BE_REPLACED

Phyllis Schlafly Eagles · #WYNK: Trump's Record is Baked In | January 30, 2023 #ProAmericaReport The following is a transcript from the Pro … END_OF_DOCUMENT_TOKEN_TO_BE_REPLACED

What You Need to Know is Trump’s record is baked in. He’s already been torn apart every which way and his record stands with all the things you like … END_OF_DOCUMENT_TOKEN_TO_BE_REPLACED

Phyllis Schlafly Eagles · February 3 | "Woman" Is the Word of the Year The internet is a powerful tool that most of us use every day. … END_OF_DOCUMENT_TOKEN_TO_BE_REPLACED

What You Need to Know is Tucker is allowing the will of the people to be heard! When a huge block of Republicans and so-called conservatives are … END_OF_DOCUMENT_TOKEN_TO_BE_REPLACED