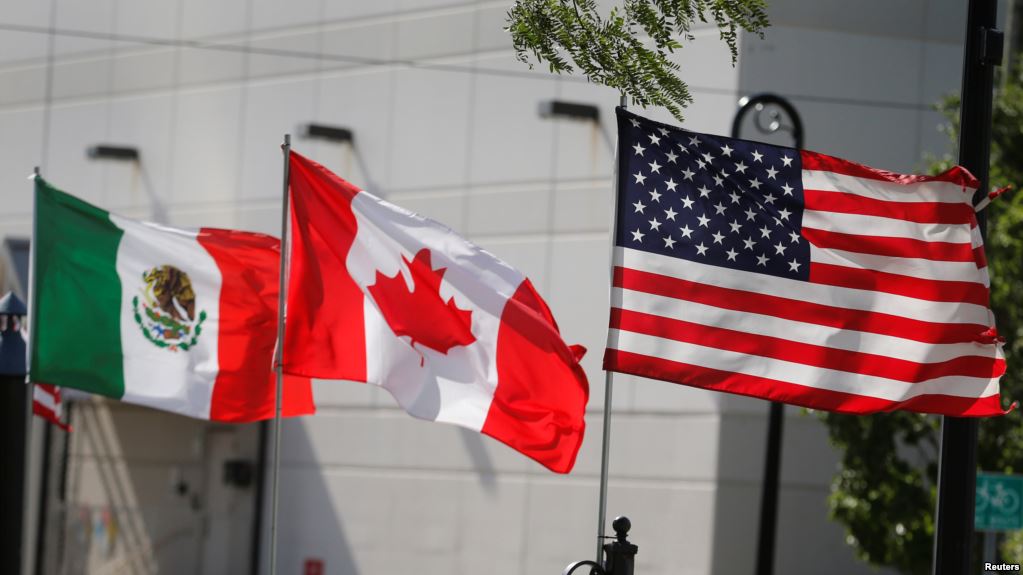 President Trump’s bold action in renegotiating NAFTA with Mexico caught his critics and hostile Canadian officials off guard.  The North American Free Trade Agreement has been a mistake plaguing us ever since the Clinton Administration pushed it into law.

The Canadian government has been pursuing an anti-Trump agenda, but now they are begging to be included in the new deal with Mexico.  Trump responded that Canada will be allowed into the deal on terms that are good for America, but Canada will get slapped with tariffs if it insists on the favoritism that it received in the past. 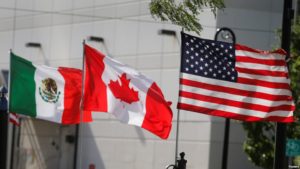 NAFTA has been scourge on our country perpetrated the globalists, who hide behind the misleading term “free trade” to justify their destruction of American jobs.

Trump is reportedly limiting a massive loophole which has cost us auto manufacturing jobs.  He is requiring that 75% of a car’s value be made in North America in order to qualify for the exemption from tariffs, up from the lax 62.5% threshold allowed by NAFTA. Trump is also properly insisting that cars contain a greater amount of American aluminum, steel and other essential parts.  The new deal will require that 40 to 45% of cars be manufactured by workers who are paid at least $16 an hour, which would reduce reliance on cheap foreign labor.

NAFTA has been scourge on our country perpetrated the globalists, who hide behind the misleading term “free trade” to justify their destruction of American jobs.  Real wages in the United States have not improved for workers in many decades, and the offshoring of manufacturing under NAFTA is a big reason why.

It is not “free trade” to export American technology to foreign countries for manufacturing there, and to give away our American trade secrets as many companies have been doing with China.  Corporate executives enrich themselves with this approach and create a two-tier society with a massive gap between the rich and poor, as exists in Silicon Valley today.

NAFTA narrowly passed the House of Representatives despite opposition by both liberals and conservatives.  It fell far short of the two-thirds vote needed to ratify a treaty, but President Bill Clinton signed it into law anyway. But now, twenty-five years later, our President is finally standing up again for the American worker.

What You Need to Know is that we are in a second Cold War, this time with China, and if the U.S. doesn’t decouple from China, we lose. President Trump … END_OF_DOCUMENT_TOKEN_TO_BE_REPLACED