A Chinese Ministry of State Security operative was charged in October and extradited to the U.S. from Belgium on charges that he attempted to steal trade secrets from several American aviation and aerospace companies. The Justice Department accused Yanjun Xu of paying aviation company experts to travel to China and give academic presentations, all the while planning with other operatives to use them to obtain “highly sensitive information” and trade secrets.

Xu was indicted on four counts of conspiring and attempting to commit economic espionage. Federal authorities said it’s the first time that a Ministry of State Security intelligence for trial. Phyllis Schlafly spoke often that China was the number one abuser of our U.S. trade and intellectual property secrets. She knew that China has abused our far too-open relationship for years, and it’s high time the U.S. had a breakthrough on cracking down on this issue. 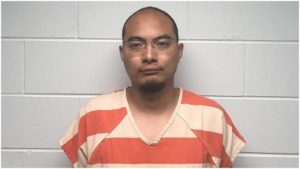 Yanjun Xu was indicted on four counts of conspiring and attempting to commit economic espionage. Federal authorities said it’s the first time that a Ministry of State Security intelligence for trial.

Benjamin Glassman, U.S. attorney for Ohio’s southern district, said that while no military information was targeted in this five year operation, any attempt by another country to “grow companies at America’s expense” is considered a threat to national security. This indictment against Xu centers around a GE Aviation employee, who sent him a presentation in February that included proprietary company information. Xu pursued specific technical information in their correspondence and then asked the GE employee to meet him in Europe, where he wanted the worker to provide even further information from the company. Xu was intercepted upon traveling to Belgium and arrested earlier this year. He was then indicted by a federal grand jury. The government unsealed his charges in October following his extradition to the United States.

FBI Assistant Director Bill Priestap of FBI Counterintelligence Division said “This unprecedented extradition of a Chinese intelligence officer exposes the Chinese Government’s direct oversight of economic espionage against the United States.” John Demers, head of the Justice Departments’ national security division added “This case is not an isolated incident. It is part of an overall economic policy of developing China at American expense.” It’s high time the U.S. government started cracking down on the Chinese theft of U.S. intellectual property.

What You Need to Know is that we are in a second Cold War, this time with China, and if the U.S. doesn’t decouple from China, we lose. President Trump … END_OF_DOCUMENT_TOKEN_TO_BE_REPLACED

Amid chaos on many fronts, globalists march forward into the night. Klaus Schwab, the founder and executive chairman of the World Economic Forum … END_OF_DOCUMENT_TOKEN_TO_BE_REPLACED

Biden’s Plan to Buy Votes  As the midterm elections fast approach, Democrats have lost a key demographic that they relied on in 2020: … END_OF_DOCUMENT_TOKEN_TO_BE_REPLACED