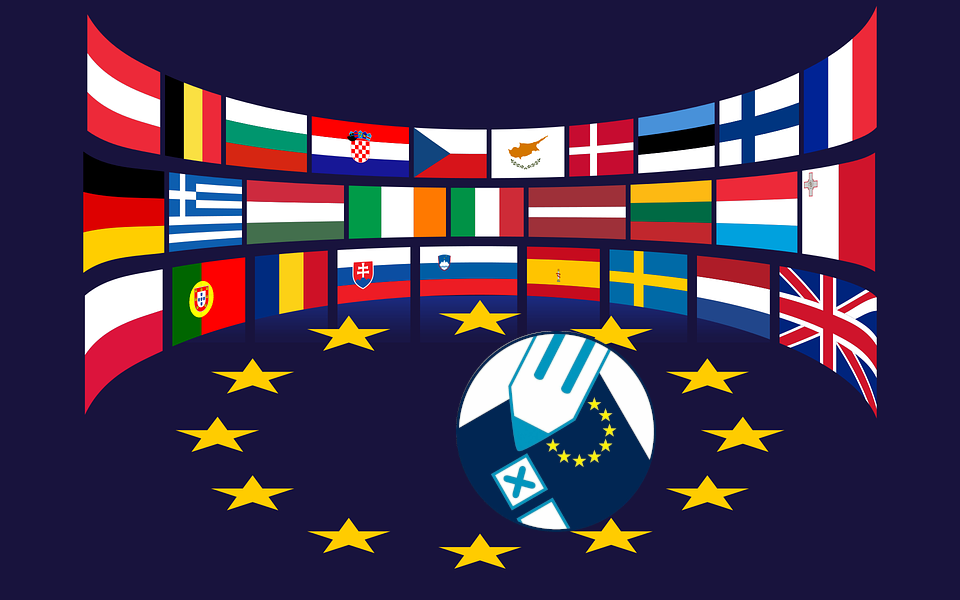 They call it “the democracy predicament.” The problem is that the politicians who prattle incessantly about democracy are not willing to accept the voters’ democratic decisions.

“Make them vote again and again until they vote the way we tell them to vote,” is the cry! It seems that the people should not be allowed to reject the plans for their future that the political elite worked out in closed-door sessions last December.

The issue at hand is the ratification of the Treaty of Nice. That’s Nice, as in the French Riviera, and bears no relation to being nice to the voters.

The Treaty of Nice is designed to lock in the 15 members of the European Union (EU) and restructure its governing authority to redistribute power more to the larger countries and less to the smaller ones. The treaty will then pave the way for the addition of 12 new members, mostly former Communist countries from Eastern Europe, thus doubling the size of what we call Europe.

The political bosses who hammered out this treaty in what they call four “difficult days and nights” in Nice had no intention of letting mere voters participate in the decision making. The plan was to have it railroaded to acceptance by the political establishment in each of the current EU countries, where unanimous passage was essential but was always considered a certainty.

When one EU official casually suggested last year that Germany might want to consult its voters on acceptance of the Nice Treaty, German government officials were horrified at the thought of losing control over the process and vehemently denounced the idea. It’s not known what punishment was meted out to the tactless guy who dared to broach such a politically incorrect idea.

But then a funny thing happened on the way to ratification of the Nice Treaty. One little EU country, Ireland, has a provision in its Constitution that required a referendum. How antiquated! The enlightened European countries have always looked down on Ireland as a backward nation, and this provides proof anew.

On June 8, the Irish voters shocked Europe by unexpectedly rejecting the Treaty of Nice by 54 percent to 46 percent. This surprise plunged the EU bureaucrats into sudden disarray.

How could this happen? The entire Irish establishment supported the Nice Treaty, including the government and all three major political parties.

The current president of the EU, Sweden’s Prime Minister Goran Persson, immediately telephoned the Irish Prime Minister Bertie Ahern to suggest that he arrange a second vote on the Treaty. That’s a good example of the arrogance of the EU and a preview of what’s in store for any country that surrenders its sovereignty to global bureaucrats.

A similar event happened last year. Only one of the EU countries permitted its people to vote on acceptance or rejection of Europe’s common currency, the euro. Denmark’s voters shocked Europe last September 28 by decisively rejecting the euro, despite a powerful campaign for it by the entire Danish establishment.

The gulf between the EU globalists and the voters who didn’t want to surrender control of their country’s money was then called the “democratic deficit.” Now it’s escalated to a predicament.

Ordinary European voters have figured out what their leaders have been concealing, namely, that a common market leads inevitably to a common government to enforce it, and the means of achieving it are fundamentally anti-democratic. Ratifying the Treaty of Nice means surrendering the right of self-government to foreigners with different and often antagonistic cultures, language, religion, values, forms of government, national security interests, and economic goals.

The Treaty of Nice would force Ireland’s participation in the EU Rapid Reaction Force. That means surrendering the right to decide when to go to war and when to stay out of other nation’s quarrels.

The Treaty of Nice would force Ireland to surrender control over its borders and admit a free flow of impoverished immigrants from former Communist countries. There is no way those immigrants can be culturally or economically assimilated.

The Treaty of Nice would force Ireland to conform its laws and customs to decisions of the EU courts. Ireland would lose its power, for example, to set its own abortion and liquor laws.

Americans are glad to do that, firm in the knowledge that all Congress’s regulations must be subject to the U.S. Constitution. Ireland and Denmark have given us a wake-up lesson that, whatever material benefits may result from a common market (a.k.a. the global economy), they are not worth surrendering national sovereignty to foreign bureaucrats, foreign military, or foreign judges.

What You Need to Know is Giorgia Meloni Wins in Italy! Italy just had its elections this week and Giorgia Meloni won and will become the new Prime … END_OF_DOCUMENT_TOKEN_TO_BE_REPLACED

The new U.S. Supreme Court, with Biden’s Senate-confirmed appointee Ketanji Brown Jackson, began its Term with oral arguments on Monday. Control of the U.S. Senate is to be decided in just five weeks, and our federal judiciary teeters on the edge. Some might wonder why it is so important for Republicans to win the Senate, […]

Phyllis Schlafly Eagles · October 5 | Follow the Science on Monkeypox As Americans try to put Covid behind us, another frightening virus has … END_OF_DOCUMENT_TOKEN_TO_BE_REPLACED