The United Nations officially began on October 24, 1945, a day that many commemorate. But the UN Charter was actually signed on this day – June 26 – of that same year. The globalists would like us to celebrate these anniversaries as landmarks of world harmony and peace, but I think we should celebrate them by teaching the younger generation all the things that are wrong and dangerous about the UN. The UN was supposed to be an agency that kept world peace, but since the UN was started in San Francisco in 1945, the world has fought 150 wars causing over 100 million casualties: 25 in Asia, 13 in Eastern Europe, 23 in the Middle East, 25 in Latin America, and 50 in Africa. Additionally, the UN spends $20 billion annually and it has never been independently audited! 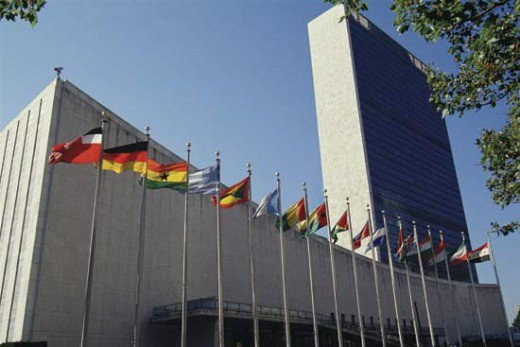 The chief danger from the United Nations today is that it keeps trying to impose treaties on the United States, every one of which is an invasion of our sovereignty. For example, the UN Treaty on Women tries to regulate our laws, customs, personal relationships, family education, textbooks, and wages. All this and more would be under the supervision of a committee of 23 so-called “experts” to monitor our compliance. This UN Treaty would require us to follow UN dictates about “all forms of education,” “revision of textbooks,” and “teaching methods.”

The UN Treaty on the Law of the Sea is really just global socialism and world government. It would invade our sovereignty by locking us into a global organization dominated by Third World dictators and European socialists who hate and envy America. And the U.S. would have only 1 vote out of 190 votes – the same vote as Castro in Cuba. Ronald Reagan understood how un-American and foolish the Law of the Sea Treaty really is. One of his first acts as President was to refuse to sign it. I suggest we all stand with Ronald Reagan and urge our Senators to vote NO any time the Law of the Sea Treaty comes up in the Senate.

What You Need to Know is the importance of Draining the Swamp! We watched as the Senate had hearings and then confirmed Justice Ketanji Brown Jackson … END_OF_DOCUMENT_TOKEN_TO_BE_REPLACED

What You Need to Know about Hoaxes! Brian Stelter, chief media correspondent for CNN, was recently asked by a college freshman why all these hoaxes, … END_OF_DOCUMENT_TOKEN_TO_BE_REPLACED

What You Need to Know Feminists don’t what they are doing! They are about to make another marketing error by utilizing all the wrong imagery and … END_OF_DOCUMENT_TOKEN_TO_BE_REPLACED