The Gulf War marked a new day for the American Armed Forces. Phyllis Schlafly considered this chapter of American military history to be especially important because it allowed the American people to “shake off our self-image as a defeated nation, characterized by that embarrassing picture of the helicopter lifting its last load of refugees out of Saigon.” The Gulf War allowed the American people to compare and contrast the Vietnam War under President Lyndon B. Johnson and the Gulf War under President George H. W. Bush. Just weeks ago, we saw a similar contrast as President Trump announced a change from President Obama’s policy in Afghanistan. 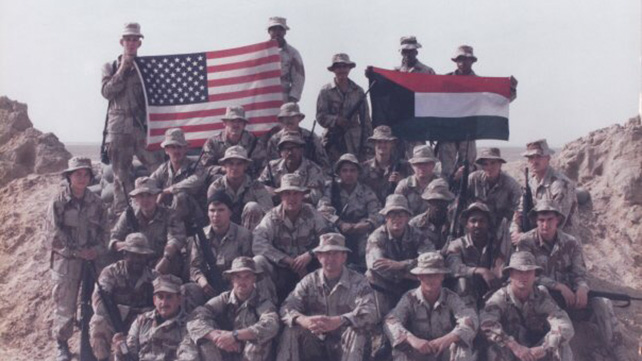 The Gulf War proved the duty of a nation to remain constantly ready to defend its interests in the face of military opposition. Every other function, from the preservation of free speech to the preservation of national parks is predicated on the ability of the nation to defend itself in military combat. President Donald Trump has made great strides in reshaping America’s military to be able to fulfil that fundamental task of defending America. With new policies barring transgender individuals from military service, the president has reaffirmed his commitment to taking the focus of the military off of political correctness and putting it back on winning in combat.

Our military now has a commander-in-chief who recognizes what their proper function is. By allowing our troops to do their job and equipping them for it, the President is showing that he understands history and has the best interests of our troops and our nation in mind. Phyllis Schlafly wrote about the Gulf War because she understood that our history can give us “lessons of lasting value.” The biggest lesson to learn from the Gulf War is that total military superiority is the best way to protect our nation. The April 1991 Phyllis Schlafly Report verifies the fact that President Trump’s Afghanistan strategy will save American lives and lead to a more swift conclusion that neither President Obama nor President Johnson could have achieved.

Phyllis Schlafly Eagles · May 5 | How Effective Is Social Justice Military Recruitment? As Covid subsides, the tyranny that exploited it continues. … END_OF_DOCUMENT_TOKEN_TO_BE_REPLACED

What You Need to Know is Montpelier is going Woke. Soledad O’Brien is now on the board of directors of Montpelier, James Madison’s home. She is part … END_OF_DOCUMENT_TOKEN_TO_BE_REPLACED

Phyllis Schlafly Eagles · #WYNK: Montpelier is going Woke | May 19, 2022 #ProAmericaReport The following is a transcript from the Pro America … END_OF_DOCUMENT_TOKEN_TO_BE_REPLACED

What You Need to Know is our election system is broken! It's failing and We the People have no confidence in the system. Pennsylvania has shown again … END_OF_DOCUMENT_TOKEN_TO_BE_REPLACED