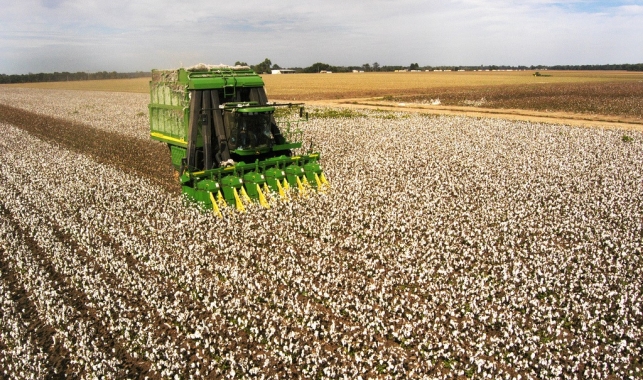 “This will be our last chance, there will never be another opportunity!” to protect Dreamers, President Trump properly tweeted as the U.S. Senate plunged into a debate about immigration policy. The Left wants amnesty for Dreamers, who are illegal aliens who entered our country many as teenagers.

President Trump is right to insist on funding for a border wall, which would cost less than 1% of our national budget, and an end to chain migration whereby relatives of immigrants are brought in with little or no screening. President Trump’s approach is welcome relief to the failed, open-door policies of the prior Republican leadership.

Meanwhile, an unexpected voice weighed in from the other side of the world. In Abu Dhabi, an oil-rich emirate in the Persian Gulf, former President George W. Bush was speaking at a conference organized by Michael Milken, the junk bond king of the 1980s.

“Americans don’t want to pick cotton at 105 degrees,” Bush said in response to a question, “but there are people who want to put food on their family’s tables and are willing to do that. We ought to say thank you and welcome them.”

Bush was right that Americans don’t want to pick cotton at 105 degrees, as we can tell you from personal experience. But he was wrong to say we ought to welcome people from other lands so poor that they are willing to do that kind of work to put food on their family’s tables.

When we were teenagers, we spent a memorable summer vacation working on a cotton farm in the Mississippi delta east of Pine Bluff, Arkansas. It was a miserable experience, but fortunately for us, it lasted only about two weeks.

It was too early to pick the cotton when we were there around the Fourth of July, but we learned how to chop it. Chopping cotton means chopping weeds with a hoe without damaging the cotton plant.

After awhile, we wondered why we saw no one else doing this backbreaking work in the 100-degree heat of the Mississippi delta, where cotton fields extend as far as the eye can see. That’s when we realized that chopping and picking cotton were already being done by machines, and the people who used to do it by hand had moved on to better jobs.

Once upon a time, more than 200 years ago, Americans imported African slaves to do the unpleasant work of cultivating cotton. Slavery was abolished in 1865, but African Americans continued to toil on cotton farms in conditions of extreme poverty that prevailed in the defeated Southern states.

About 75 years after the Civil War, some inventors finally made a successful cotton-picking machine. This invention came years later than the famous harvester invented by Cyrus McCormick, because cotton is so much harder to pick than wheat, corn or soybeans.

During the same period in which mechanization swept the cotton fields of the South, millions of African Americans moved north in search of economic opportunity and greater freedom. During this period known as the “great migration,” many black Americans found higher paying jobs in the factories of Chicago and Detroit, while others achieved success and fame in sports and entertainment.

Thanks to a legal and economic system that rewards invention and innovation, our high standard of living means that no American of any race has to chop or pick cotton at 105 degrees anymore. Bush grew up in Texas, which grows more cotton than any other state, and he should know that.

Bush’s foolish comment combined two of the worst slogans of the pro-amnesty movement, the myth of “jobs Americans won’t do” and the myth of “crops rotting in the fields.” On the contrary, the enormous growth of computer-aided automation, robots, artificial intelligence, and driverless vehicles is eliminating whatever opportunity there used to be for poor people from other countries to earn a living here.

While the debate rages in Washington, another debate is roiling the state of California, which has more immigrants (10 million) and more illegal aliens (2.4 million) than any other state. California’s Attorney General, Xavier Becerra, is warning that state’s employers not to cooperate with the federal government.

“Businesses are increasingly caught between California and Washington,” the Wall Street Journal reports. A new state law imposes fines of up to $10,000 on employers who provide information about their employees to federal immigration officials.

In the last presidential election, California went in a markedly different direction from the rest of our Nation. But the Supremacy Clause in the Constitution requires that California obey the same federal laws on immigration with which the other 49 states must comply in protecting American workers against illegal aliens.

In the end, Californians might thank President Trump for taking a strong stand against illegal immigration, which is estimated to be costing that state about $30 billion per year. That’s far more than the costs of building a border wall to permanently solve the problem.

What You Need to Know about the January 6th prisoners. It seems like those who were arrested because of their involvement on Jan. 6th are being held … END_OF_DOCUMENT_TOKEN_TO_BE_REPLACED

What You Need to Know is Republicans cave on gun rights. Senate Republicans have put on full display the ruling class uniparty by compromising with … END_OF_DOCUMENT_TOKEN_TO_BE_REPLACED

Phyllis Schlafly Eagles · June 29 | Pro-Life Without Exceptions: Health of the Mother Empty emotional appeals are the only way for pro-choicers to … END_OF_DOCUMENT_TOKEN_TO_BE_REPLACED

“I never like to take credit for anything,” Donald Trump told a hostile reporter last month. “God made the decision,” he added recently about the … END_OF_DOCUMENT_TOKEN_TO_BE_REPLACED

What You Need to Know is Biden is marching toward America Last. Even as our continue to get entangled in NATO and their picking a fight with Putin. … END_OF_DOCUMENT_TOKEN_TO_BE_REPLACED