American sovereignty is one of the foremost issues of our day. From the dawn of time, nations have been defined by their ability to control a distinct geographical region and the natural resources therein. If a nation does not look after its own people, its own territory, and its own resources, it is doomed to fall. That message is a large part of what propelled President Donald Trump into the White House. The American people were tired of leaders who pretend that the needs of the so-called “global community” are more important than the safety of our own citizens. Many people know about this principle from the slogan “America First.” In February 2005, the Phyllis Schlafly Report alerted the American people to an attack on American sovereignty being disguised as a global peace agreement. That attack was aptly known as the Law of Sea Treaty, or LOST. 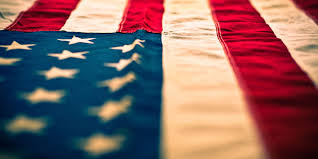 While LOST claimed to be the best way to settle maritime disputes among nations, it would have done nothing but strip America of the right to rule her citizens by creating a sovereign international body to rule the seas. This international body, called the International Seabed Authority (ISA), has many of the anti-American features of the United Nations and several more on top of that. With territorial control and taxing power, the ISA looks a lot more like a sovereign power than an international peacekeeping organization.

Do not think that the threat of this encroachment on American sovereignty has ceased to be relevant. LOST has been around since 1983, yet it remains a highly contentious issue. As secretary of state, Hillary Clinton made it a priority to get LOST ratified as late as 2012, although she was not successful. In addition to LOST, there are many other multilateral treaties that march under the banner of peace but secretly threaten the single greatest peacekeeping force on the planet: a strong United States of America. More than any multilateral treaty, a strong and sovereign United States is the surest path to peace for Americans citizens and every person around the globe.

If the education establishment wants to know why public schools don't get much respect from our citizenry, they need look no further … END_OF_DOCUMENT_TOKEN_TO_BE_REPLACED

Robert Strange McNamara belongs on the daytime soap operas. Better yet, his histrionics belong on Donahue or Geraldo or Sally Jesse Raphael. We are … END_OF_DOCUMENT_TOKEN_TO_BE_REPLACED

What You Need to Know about the Drums of War. The drums of war are being pounded by media and Biden - don't fall for it! More and more American … END_OF_DOCUMENT_TOKEN_TO_BE_REPLACED