A decade ago Phyllis and others repeatedly urged President George W. Bush to pardon two courageous border patrol agents, Ignacio Ramos and Jose Alonso Compean, who had been unjustly sentenced to 11 and 12 years in prison for doing their job in shooting a drug smuggler near the Mexican border. The smuggler was merely wounded in his backside, while our border patrol agents were sent to prison for more than a decade. 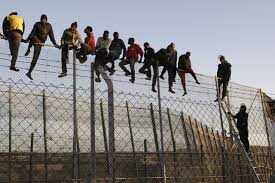 Yet President Bush would not pardon the agents, even after one of them suffered a beating in prison at the hands of hostile convicts. Instead, Bush waited until his last full day in office, and then merely commuted their sentences, leaving the agents to linger for additional weeks in prison and be hampered in finding good jobs after they were finally released.

Trump’s decisive pardon of Sheriff Joe Arpaio in August is in welcome contrast to the effete leadership of the past. Sheriff Joe was elected six times by the fourth largest county in America, Maricopa County in Arizona, a hotbed of illegal immigration and widespread crime caused by the illegals whom Joe worked overtime to arrest.

This pardon was a necessary step to curb the misuse of the federal courts, which are now stacked with Obama and Clinton appointments who repeatedly rule in favor of liberal groups and against the will of the American people. In what took Bush years to do only incompletely on his last full day in office, it took only a few days for Trump to do completely at the first opportunity.

Presidents should not wait for the legal system to destroy anyone before issuing a pardon to cut off the abuse. The justice in President Trump’s pardon is not merely that he exonerated Sheriff Joe, but that President Trump did it quickly to prevent further injustice against this hero.

Prior Republican presidents would have been too cowardly to pardon Sheriff Joe, and Republican leadership in Congress pathetically criticizes Trump now. But the need to check judicial supremacy requires acting promptly to block the overreach, and Trump’s pardon of Sheriff Joe proved why he was Phyllis Schlafly’s choice, not an echo.

What You Need to Know is Ray Epps was in on it! Who is Ray Epps? Congressman Jamie Raskin gave us the answer after the prompting by Congressman Thomas … END_OF_DOCUMENT_TOKEN_TO_BE_REPLACED

What You Need to Know to Understand is the danger of the Narrative Machine! Read this article from Tablet Magazine to help understand the connection … END_OF_DOCUMENT_TOKEN_TO_BE_REPLACED

What You Need to Know is Martha’s Vineyard CNN coverage is funny! 'They enriched us.' Migrants' 44-hour visit leaves indelible mark on Martha's … END_OF_DOCUMENT_TOKEN_TO_BE_REPLACED

What You Need to Know is the media is finally reporting on the Southern Border! Governor Ron DeSantis and Governor Greg Abbott are forcing the media … END_OF_DOCUMENT_TOKEN_TO_BE_REPLACED

Phyllis Schlafly Eagles · October 5 | Follow the Science on Monkeypox As Americans try to put Covid behind us, another frightening virus has … END_OF_DOCUMENT_TOKEN_TO_BE_REPLACED