The liberal media trembled in manufactured terror this spring when President Trump suggested that illegal immigrants crossing the border be sent back home without any hold up for hearings and the often months of years of litigation that follow their capture. This suggest skip of judicial process sent the left immediately into outrage over the violation of “due process rights!” Even those conservatives somewhat slow to support Trump took this opportunity to chastise the President for a supposed lack of Constitutional understanding. 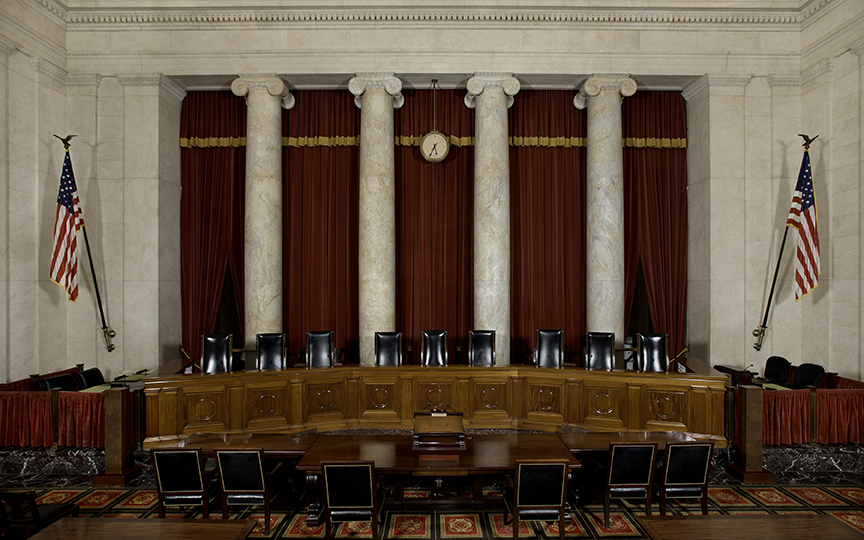 What might surprise you, however, is to know that the U.S. Supreme Court and court precedent agrees with Trump’s suggestion to skip the judicial process for illegals. Matt O’Brien, who served both as a chief at the Citizenship and Immigration Services as well as Immigration and Customs Enforcement, corrected the record. Trump “branded the current process…as ‘a mockery to good immigration policy and law and order.’ …Multiple news outlets made all manner of wild claims about the so-called rights of illegal aliens. But once again, in an effort to portray [Trump] as a xenophobe, the open-borders lobby has gotten its facts backward. Trump is actually right on the mark,” O’Brien concluded.

The Supreme Court has been uncommonly consistent on this point throughout history. Many of their decisions have concluded that the decisions of the chief executive and his officers – acting under authority of Congress – are the due process of law for illegal visitors. Nonresident aliens have no right of entry to the United States. We need only provide an alien with judicial trial when charging them with a crime. What do all these things mean? That foreign nationals are not owed “due process” whatsoever. The U.S. government can exclude them at will – and Congress can offer only such due process as they want to extend. Congress could also easily streamline the removal process of illegals – and in fact they have already done so for certain classes of aliens.

Make no mistake, Trump is posing a legitimate question. It’s time that we start asking oursleves just how many tax dollars are we willing to burn to provide illegal aliens with an expensive judicial process to which they are clearly not entitled.

What You Need To Know about the 2 vaccine mandates. Andrea Kaye, guest host of the #ProAmericaReport, explains how SCOTUS is adding another day to … END_OF_DOCUMENT_TOKEN_TO_BE_REPLACED

What You Need To Know is January 6th has been politicized. Andrea Kaye, guest host of the #ProAmericaReport, talks about January 6th as we go into the … END_OF_DOCUMENT_TOKEN_TO_BE_REPLACED

If the education establishment wants to know why public schools don't get much respect from our citizenry, they need look no further … END_OF_DOCUMENT_TOKEN_TO_BE_REPLACED

Robert Strange McNamara belongs on the daytime soap operas. Better yet, his histrionics belong on Donahue or Geraldo or Sally Jesse Raphael. We are … END_OF_DOCUMENT_TOKEN_TO_BE_REPLACED

What You Need to Know is being pro-life means we have to drain the swamp. When you take a look at the abortion industry, all you have to do is follow … END_OF_DOCUMENT_TOKEN_TO_BE_REPLACED