Today is the birthday of someone who is relatively unknown to younger generations of Americans. Aleksander Solzhenitsyn was born to a simple Russian family in 1918, just after his father died in service to Russia in World War I. As a child, Solzhenitsyn dreamed of being a writer. Little did he know that he would one day be one of the most effective and 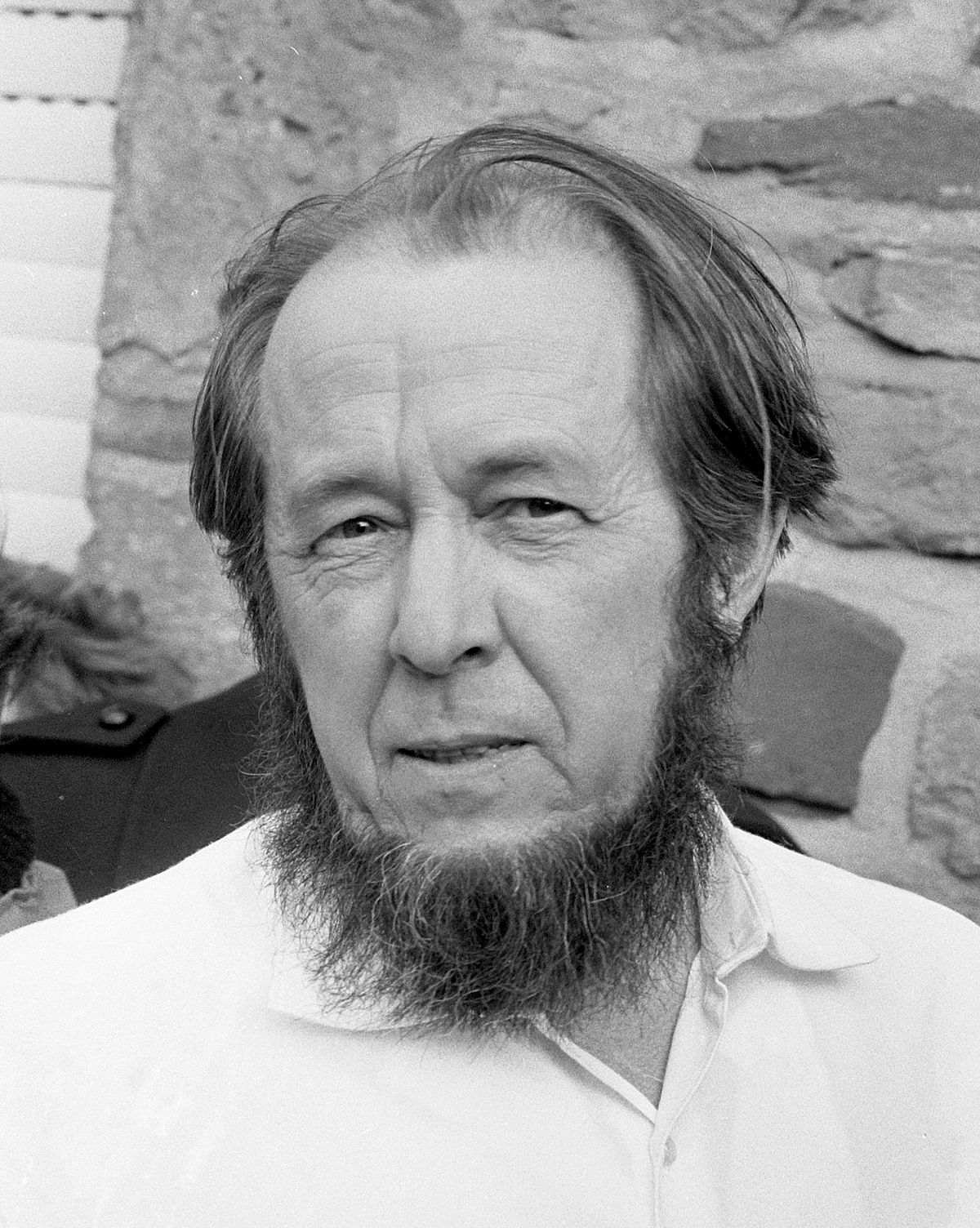 well-known critics of the Soviet Union. He graduated from university with a degree in mathematics and physics, but soon was pulled into service for Russia in World War II. That became the beginning of Aleksander’s life-changing writings.

In 1945 he was arrested for writing letters to a friend in which he was critical of Soviet dictator Joseph Stalin. Solzhenitsyn spent the next eight years of his life in prisons, labor camps, and in exile. He was eventually allowed to resettle in central Russia, where he taught mathematics and again began to write. His first two novels were based on his own experiences in Stalin’s brutal network of prisons. In 1964, post-Khrushchev Russia brought more “cultural activities” restrictions, and Solzhenitsyn lost his government-approved publishing privileges. He then printed his works through an underground network. Even as his work was suppressed in Russia, the international community was clamoring for his writings.

In 1970 he was awarded the Nobel Prize for Literature, following the 1968 publishing of two books. Then, in 1973, his famous work The Gulag Archipelago, an historical record of the Stalin-era Soviet labor camps, earned him a charge of treason and permanent exile from the Soviet Union. He traveled to the United States where he continued to write until the fall of the Soviet Union and the restoration of his Russian citizenship. I suggest you read some of the works of this towering figure who stood bravely against Soviet cruelty.

What You Need to Know about Three big things happening this week! 1) Merrick Garland's appearance is weak and career-ending. He will likely be out of … END_OF_DOCUMENT_TOKEN_TO_BE_REPLACED

Phyllis Schlafly Eagles · #WYNK: Be A Doer — Kitty Werthmann | July 15, 2022 #ProAmericaReport The following is a transcript from the Pro America … END_OF_DOCUMENT_TOKEN_TO_BE_REPLACED

What You Need to Know about Priorities & America First. Phyllis Schlafly would give awards to significant people in her life. On these awards … END_OF_DOCUMENT_TOKEN_TO_BE_REPLACED