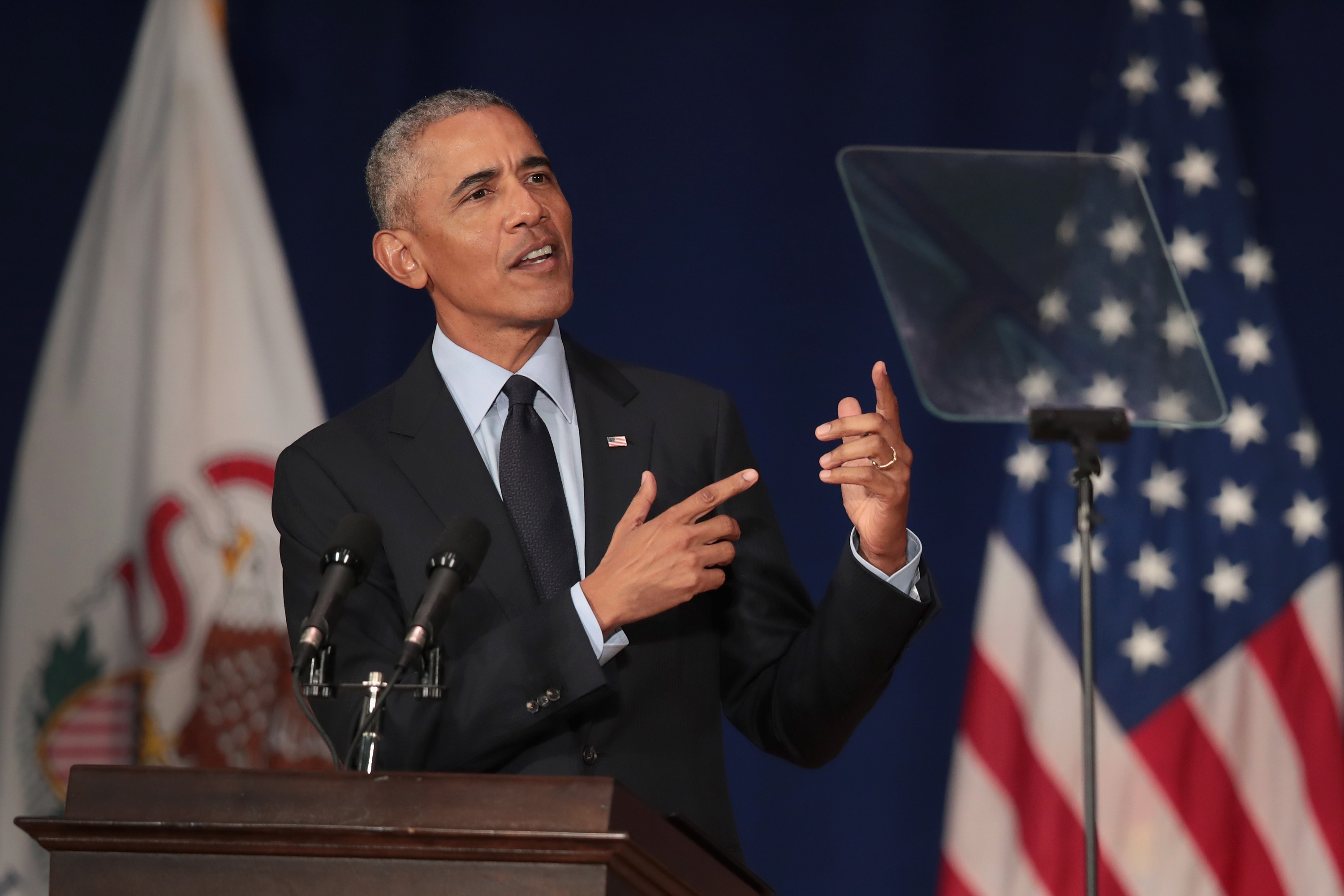 Barack Obama’s return to the campaign trail is a violation of tradition and common sense.  His tired rhetoric on globalism is a powerful reminder of how fortunate we are without him and the Clintons in power.

“Global governance” was the pejorative title of a video produced by Phyllis Schlafly in the ’90s that successfully converted the concept into an object of scorn.  Yet here is Obama recycling Bill Clinton’s discredited push for world government at a time which most nations are rejecting it.

Even in the liberal bastion of Sweden, the electorate delivered a mortal blow to globalism there on Sunday by voting in record numbers for an anti-immigration party.  In Italy, the globalists were voted out of office earlier this year.

Perhaps it is too much work for Obama to update Bill Clinton’s speeches to keep up with the times.  Obama spoke within the safe space of a liberal university campus, where few of the attendees were likely aware of the widespread repudiation of globalism.

The liberal college audience rewarded Obama with applause for every vacuous, anachronistic statement that he made.  He flattered his academic sounding board by complaining that “demagogues promise simple fixes to complex problems.” 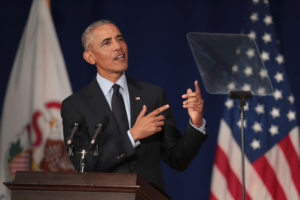 Obama had eight long years to fix the problems of a broken economy, a North Korean dictator with nuclear weapons, ISIS terrorists, and the perpetual war in Afghanistan.  He fixed none of those problems, but he did enact an incredibly complex scheme for health care.

Due to Obama’s refusal to support simple solutions, like tax cuts, he was the only president in American history to fail to achieve at least 3% annual growth in GDP.  The economy took off like a rocket the day after Trump was elected and hasn’t stopped since.

Obama’s sleep-inducing platitudes tried to rehabilitate the discredited idea of globalism that is in retreat across the world.  He praised a “bipartisan leadership” (otherwise known as the Deep State) which developed “norms” and a “consensus” that “extended beyond our borders.”

“From the wreckage of World War II,” Obama continued, despite being born in 1961, “we built a postwar web, architecture, system of alliances and institutions.”  He left out how European countries are trying to unwind and disentangle that failed system, and how Europe lags the U.S. economically.

Obama’s backward-looking speech was a rehash of his Democratic predecessor in the White House, Bill Clinton, who spoke of a “web of institutions and arrangements” that set “the international ground rules for the 21st century.”  Clinton urged Americans to support what he called “the emerging international system,” such as the International Criminal Court.

Mercifully, the Obama-Clinton claptrap received a rip-roaring response Monday from President Trump’s national security adviser, John Bolton.  In a powerful speech to the Federalist Society, Bolton took aim at “the global governance dogma,” picking up where Phyllis Schlafly left off.

Two decades ago, when few stood up against Bill Clinton on this issue, Phyllis was delivering speeches to packed hotel ballrooms lambasting Clinton’s globalist agenda.  With her witty play on Hillary Clinton’s book that it supposedly takes a village to raise a child, Phyllis asked a crowded Louisiana audience in 1998, “Is it the global village that’s supposed to raise your child?”

No, it’s not, and she urged the United States to repudiate the International Criminal Court after Bill Clinton signed us up.  In 2002, Bolton persuaded President George W. Bush to unsign what Clinton had signed, to keep us out of that anti-American institution.

In his landmark speech on Monday, Bolton called the repudiation of the International Criminal Court (ICC) his “happiest day in government.”  Now he will take steps to prevent American servicemen from being prosecuted by the rogue tribunal masquerading as a court.

Bolton issued a stern warning that judges and prosecutors of the ICC would themselves be prosecuted, sanctioned, and have their travel restricted by the United States if they dare investigate American citizens, particularly our soldiers.  For once Americans have an administration protecting them, as Obama and Clinton should have done while they were president.

Bolton spoke to preempt threatened action by the ICC against Americans.  With all the good that the United States brings to the rest of the world, it is disgraceful that the ICC would even think about bringing politically motivated charges against American citizens.

Bolton indicated that he may not stop there, but is also considering freedom for the United States from other institutions of global governance, such as the World Trade Organization.  President Trump has stated his interest in withdrawing us from that international group, and the sooner the better.

We applaud Bolton’s statement that his and the Trump Administration’s “view is that Americans govern Americans.  How’s that for a radical thought?” he humorously added as Phyllis Schlafly might have.

What You Need to Know is that a soufflé only rises once. The long and sad story of Robert “Beto” O’Rourke’s political career is already being … END_OF_DOCUMENT_TOKEN_TO_BE_REPLACED

What You Need to Know is Giorgia Meloni Wins in Italy! Italy just had its elections this week and Giorgia Meloni won and will become the new Prime … END_OF_DOCUMENT_TOKEN_TO_BE_REPLACED

What You Need to Know is about the ethics of power, not the ethics of truth. That's the political situation we are facing! The left pursues power no … END_OF_DOCUMENT_TOKEN_TO_BE_REPLACED

What You Need to Know is Democrats’ plan to slow down GOP investigations. David Brock (of Media Matters) released a memo detailing a group that will … END_OF_DOCUMENT_TOKEN_TO_BE_REPLACED

What You Need to Know is why Trump is not an echo of other candidates before him. Phyllis Schlafly famously first used that phrase — a choice, … END_OF_DOCUMENT_TOKEN_TO_BE_REPLACED

What You Need to Know is Europe is setting up their own CIA. The public claims are that this is to fight Chinese spying, but the reality is this new … END_OF_DOCUMENT_TOKEN_TO_BE_REPLACED