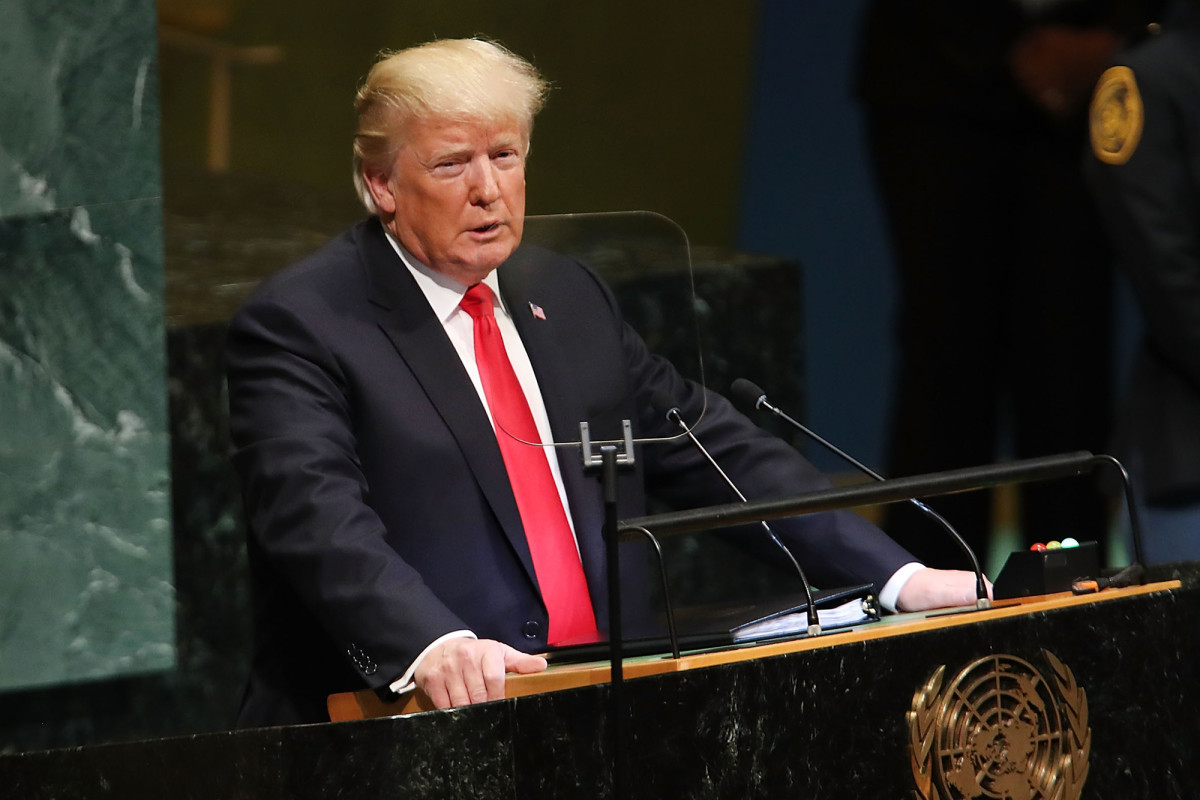 Trump’s total rejection of globalism in his latest speech at the UN touched on all the major crises facing our world today. He included a warning to China about how it handles unrest in Hong Kong, saying “How China chooses to handle the situation will say a great deal about its role in the world in the future.” Trump also mentioned the despair in Venezuela as an illustration “that socialism and communism are not about justice, they are not about equality, they are not about lifting up the poor, and they are certainly not about the good of the nation. Socialism and Communism are about one thing only: power for the ruling class.”

Trump’s words are backed up by the largest neighbor of Venezuela. Brazil is led by Jair Bolsonaro, who addressed the UN before Trump. Bolsonaro praises Trump’s opposition to illegal immigration and wants “to have a great Brazil just like Trump wants to have a great America.”

Trump found time during his speech to call out the media and liberal universities too.  He unashamedly proclaimed “Media and academic institutions push flat-out assaults on our histories, traditions and values.” The Deep State received recognition by Trump too, and not the good kind. He said “A faceless bureaucracy operates in secret and weakens democratic rule.”

Trump again exceeded expectations by being the finest advocate for the unborn to ever reside in the White House.  He told the UN that “Americans will also never tire of defending innocent life,” and criticized how “many United Nations projects have attempted to assert a global right to taxpayer-funded abortion on demand – right up until the moment of delivery.”

While Trump says and does what he promised as a candidate, House Speaker Nancy Pelosi caved into the far left of the Democratic Party.  The same day Trump was speaking to world leaders at the UN, Pelosi opened an impeachment investigation to improperly try to weaken his authority. It’s clear to see what side she’s on in the war against globalism. Globalism is a stepchild of communism, and neither should be the future.  All nations should take Trump’s words to heart about making their own countries great again, and some already are.

What You Need to Know is Trump is stronger than Biden. Our American leaders sending tanks and weapons to escalate the war in Ukraine aren’t in line … END_OF_DOCUMENT_TOKEN_TO_BE_REPLACED

What You Need to Know is we are in a proxy war with Russia. Until now, we’ve been able to at least try to say we have given Ukraine defense weapons … END_OF_DOCUMENT_TOKEN_TO_BE_REPLACED

What You Need to Know is we’re in a new pro-life America. Today’s March for Life is the first during which we can celebrate the overturn of Roe v. … END_OF_DOCUMENT_TOKEN_TO_BE_REPLACED

Proving once again that he is in touch with ordinary Americans, Donald Trump selected education for the first video message of his 2024 presidential … END_OF_DOCUMENT_TOKEN_TO_BE_REPLACED

Phyllis Schlafly Eagles · #WYNK: Trump's Record is Baked In | January 30, 2023 #ProAmericaReport The following is a transcript from the Pro … END_OF_DOCUMENT_TOKEN_TO_BE_REPLACED

What You Need to Know is Trump’s record is baked in. He’s already been torn apart every which way and his record stands with all the things you like … END_OF_DOCUMENT_TOKEN_TO_BE_REPLACED

Phyllis Schlafly Eagles · February 3 | "Woman" Is the Word of the Year The internet is a powerful tool that most of us use every day. … END_OF_DOCUMENT_TOKEN_TO_BE_REPLACED