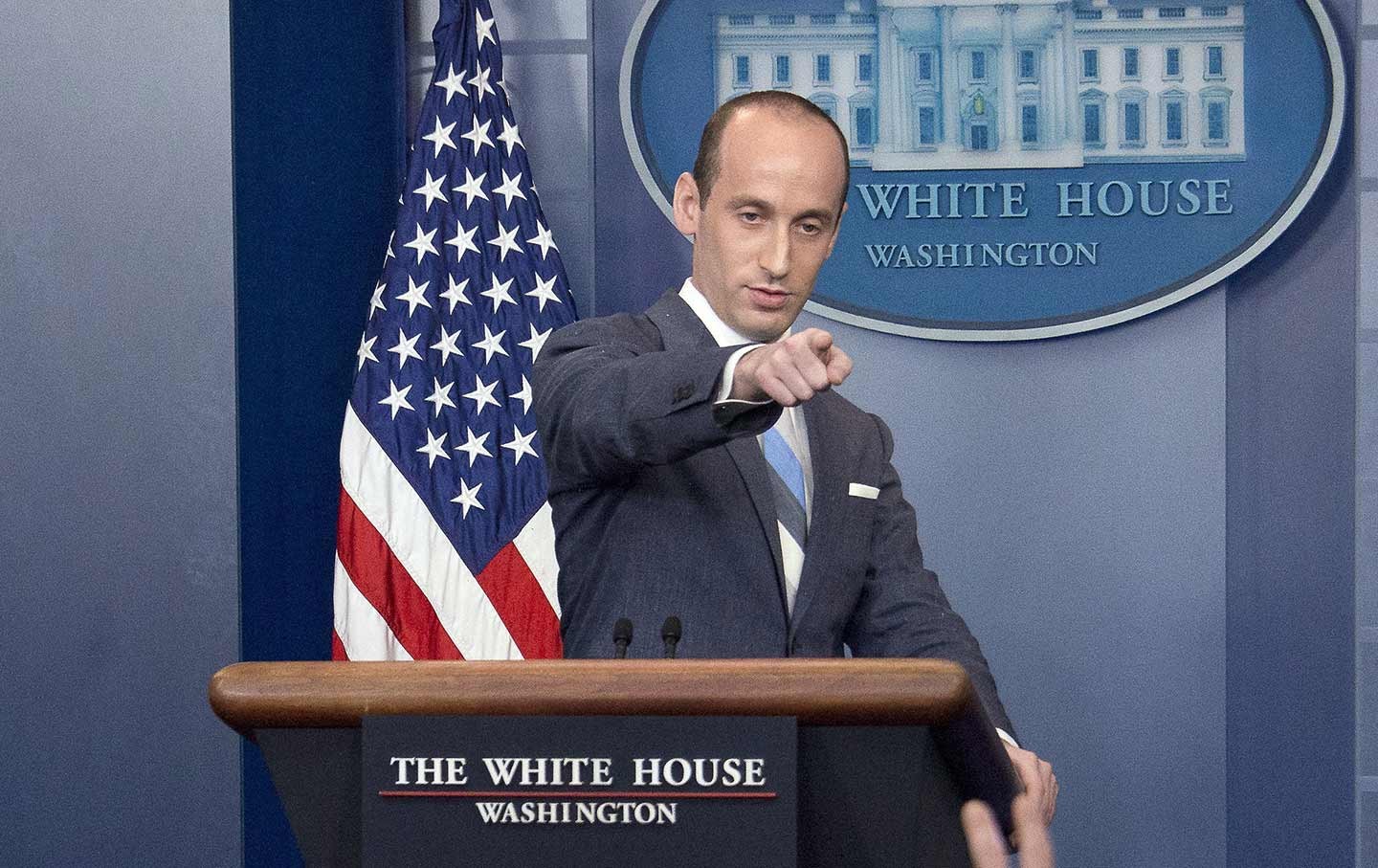 When the Left resorts to digging up someone’s uncle to smear them in the news — you know they’re getting desperate.  Yet that is exactly the pathetic length to which anti-Trump forces are going to try to stop the most effective adviser in the White House.

Stephen Miller has been the guiding light of President Trump’s agenda to make America safe again after decades of illegal immigration and open borders.  Miller is extraordinary in how he both writes Trump’s speeches and gives him substantive advice on important issues. 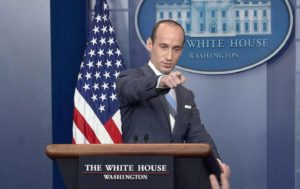 Stephen Miller has been the guiding light of President Trump’s agenda to make America safe again after decades of illegal immigration and open borders.

It has taken the media a while to recognize that the low-key speechwriter is the Rock of Gibraltar in the White House amid the fake news storms.  Miller stayed strong while House Speaker Paul Ryan and other sellouts on Capitol Hill demanded that Trump cave on DACA and other immigration controversies.

Phyllis Schlafly praised Stephen Miller back when he was crafting immigration policy for then-Senator Jeff Sessions of Alabama.  Miller authored detailed, highly effective reports against open borders, which Phyllis then distributed nationwide.  Since then Miller has guided Senator Sessions and then President Trump on the issue, championing the needs of America against those who hate us around the world.

Enter Dr. David S. Glosser, a retired neuropsychologist and Miller’s uncle who wrote a recent article highly critical of his nephew.  It’s unclear if Dr. Glosser actually knows Miller well enough to criticize him on a personal level. Instead, Glosser relies on how Miller’s maternal grandmother immigrated through Ellis Island more than a century ago without being able to speak English. But those immigrants worked hard to learn English and assimilate fully into American society, and they raised their children to love America.

There have been bigger leaps taken to try to undermine someone’s credibility, but you’d be har pressed to find any this lacking.

Stephen Miller is a patriot through and through – just like his ancestors who left their homes to become American. Here’s a nugget for anyone seeking information about Miller’s past — he quoted President Teddy Roosevelt in his high school yearbook: “There can be no fifty-fifty Americanism in this country.”

What You Need To Know is We Remember! Nineteen years ago on September 11th, 2001, America was attacked. The twin towers in New York City were … END_OF_DOCUMENT_TOKEN_TO_BE_REPLACED

President Trump made a smart move by not letting Democrats get away with giving stimulus checks to illegal immigrants. However, some liberals are … END_OF_DOCUMENT_TOKEN_TO_BE_REPLACED

What You Need to Know is Biden’s immigration plan will destroy America! He said he plans to give amnesty to all 18-20 million illegal aliens in … END_OF_DOCUMENT_TOKEN_TO_BE_REPLACED

The Second Cold War is well underway as the United States responds to the aggressions of communist China. The rapid spread of the Chinese Wuhan virus … END_OF_DOCUMENT_TOKEN_TO_BE_REPLACED

What You Need To Know is St. Louis Leads! Did you see the video of the couple protecting their home in St. Louis from rioters? They said “Stay … END_OF_DOCUMENT_TOKEN_TO_BE_REPLACED

What You Need to Know is that polls lie and they will come to a tie! Polls are easy to manipulate — you can’t trust them because they are a reflection … END_OF_DOCUMENT_TOKEN_TO_BE_REPLACED

What You Need To Know is the news media is flailing and failing. Only good news sources like OANN are reporting the facts. The Mainstream media … END_OF_DOCUMENT_TOKEN_TO_BE_REPLACED

Phyllis Schlafly Eagles · September 18 | The Most Fulfilling Thing Phyllis Schlafly was one of the most accomplished women in American history. She … END_OF_DOCUMENT_TOKEN_TO_BE_REPLACED