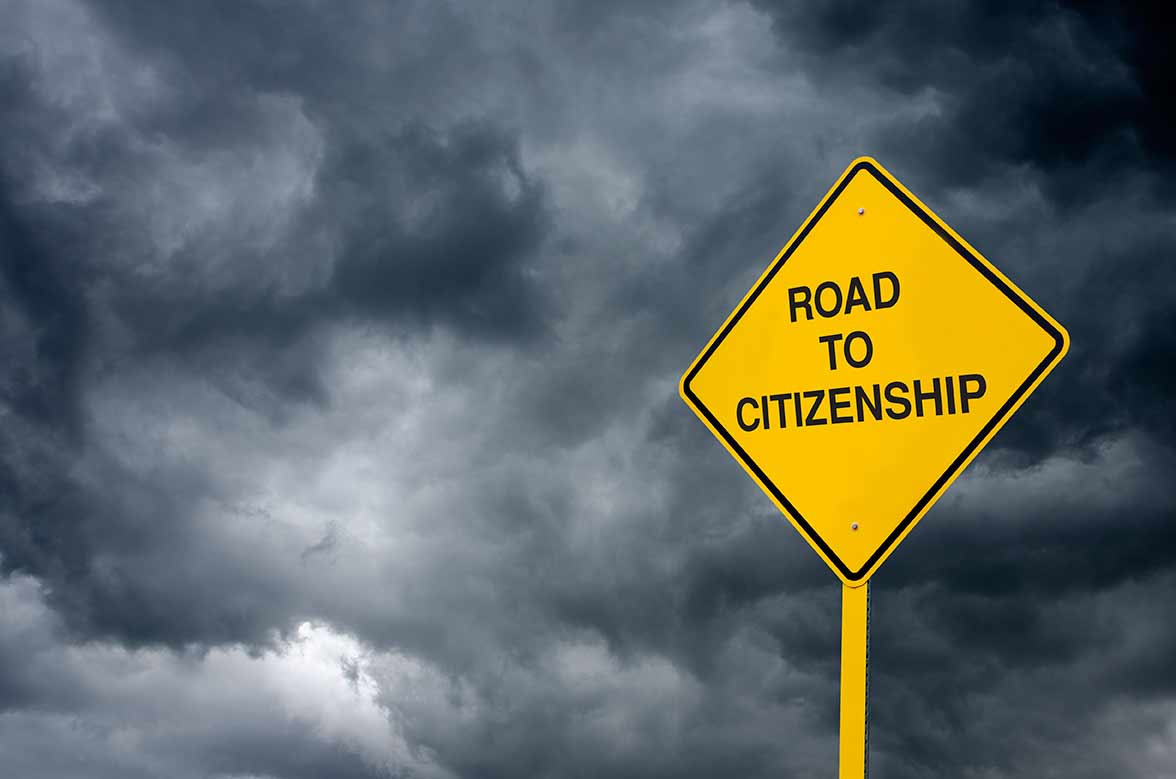 President Trump, who frequently campaigned against the horrible practice of giving automatic U.S. citizenship to children of illegal aliens, has again startled the media by proving that he really meant what he said.  In an interview released this week, Trump said he would issue an executive order stopping birthright citizenship.

“We’re the only country in the world where a person comes in, has a baby, and the baby is essentially a citizen of the United States for 85 years with all of those benefits,” Trump said in an interview for Axios. “It’s ridiculous. It’s ridiculous. And it has to end.”

Trump’s blunt talk on the issue of illegal immigration was one of the main reasons Americans elected him in 2016.  Yet his opponents pretend to be shocked and horrified that he plans to deliver what the voters expected when we elected him president.

“It was always told to me that you needed a constitutional amendment. Guess what? You don’t,”  he said, adding that he has run it by legal counsel. “You can definitely do it with an act of Congress. But now they’re saying I can do it just with an executive order,” Trump said.

The media insist that Trump is just “riling up his base” for the midterm election, quoting a tweet from the failed mayor of Chicago.  Rahm Emanuel recently announced that he will not seek re-election in the city he has led from crisis to disaster.

Another failed politician, outgoing House Speaker Paul Ryan, pontificated to reporters, “Well, you obviously cannot do that.”  Ryan went on to say, “I think in this case the 14th Amendment is pretty clear, and that would involve a very, very lengthy constitutional process.”

Actually, Ryan is half right: the 14th Amendment is “pretty clear” that birth alone is not enough to guarantee U.S. citizenship.  To get automatic birthright citizenship, children must be born to parents who are “subject to the jurisdiction” of our country. 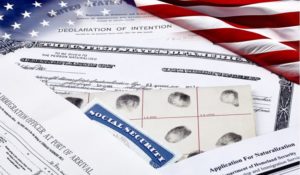 The key phrase, “subject to the jurisdiction thereof,” means more than the duty to obey our laws, which applies to everyone, citizen and alien alike.  It means that to become a citizen a person must owe allegiance to the United States, and not to any other nation or state.

You are a citizen of the country or nation to which you owe your allegiance, and vice versa.  Diplomats, visitors, foreign students, temporary workers, and illegal residents — all these people are citizens of their home countries, the countries they came from, even while they are temporarily inside our borders.

American history familiar to many high school students demonstrates how wrong birthright citizenship is.  Indians living on reservations were not American citizens for most of our history, despite being born in our country.

Native Americans were considered members only of their sovereign Indian tribes, until Congress extended blanket citizenship in 1924. Similarly, children born to foreign ambassadors while in the United States are not American citizens, but are citizens of their country of origin.

In their crusade against President Trump, globalists trot out alleged experts claiming that Trump’s proposal is impossible, unconstitutional, or morally wrong.  But the hysterical overreaction by his critics proves how right Trump is.

“The president cannot erase the Constitution with an executive order, and the 14th Amendment’s citizenship guarantee is clear,” said Omar Jadwat, director of the ACLU’s Immigrants’ Rights Project. “This is a blatantly unconstitutional attempt to fan the flames of anti-immigrant hatred in the days ahead of the midterms.”

In fact, the last time the Supreme Court addressed the issue of birthright citizenship was 120 years ago, in the case of a child born to a lawful permanent resident who had what is now called a green card.  The Supreme Court has never decided the citizenship of those born to persons unlawfully present in the United States, or lawfully present on temporary visas for tourism, education, or temporary employment.

The ACLU was also bitterly opposed to Trump’s policy of vetting travelers from countries that are hotbeds of terrorism.  Globalists falsely characterized the policy as a Muslim ban, but it was upheld by the Supreme Court last June; Trump’s new executive order should fare just as well when it gets there.

Trump’s announced intention to fulfill his campaign promise caps another week of setbacks for globalism.  In Brazil, which is called the second-largest democracy in the Western Hemisphere, the conservative nationalist Jair Bolsonaro won its presidency by a landslide of 55-45%.

That adds Brazil to the United States, Hungary, and the Philippines where conservative nationalists have triumphed on Election Day.  Meanwhile, the adversary of President Trump who has led Germany down the wrong path of globalism, Angela Merkel, mercifully announced her plans not to seek reelection in a few years.

What You Need to Know is that LIFE is winning! Today we are celebrating that Missouri no longer has an abortion facility! Thank you to the thousands … END_OF_DOCUMENT_TOKEN_TO_BE_REPLACED

What You Need to Know is the impeachment actions by Nancy Pelosi and the far-left Democrat Congress is based on only their desire to hurt Trump. … END_OF_DOCUMENT_TOKEN_TO_BE_REPLACED

What You Need to Know is the power of the media! We are seeing a concerted effort by the fake news media denying that the underlying issue, and the … END_OF_DOCUMENT_TOKEN_TO_BE_REPLACED

Democrats blamed Sen. Bernie Sanders for Hillary Clinton’s loss to President Trump in 2016. You’ve got to wonder, if Establishment Democrats were so … END_OF_DOCUMENT_TOKEN_TO_BE_REPLACED

The world was rocked by the rapid spread of the infamous and infectious coronavirus. Let’s not forget that this deadly pathogen originated from the … END_OF_DOCUMENT_TOKEN_TO_BE_REPLACED

Phyllis Schlafly Eagles · January 13 | Make It Official What do the Declaration of Independence, the Constitution, all State of the Union … END_OF_DOCUMENT_TOKEN_TO_BE_REPLACED

While House Democrats improperly invoke the 25th Amendment to try to remove President Trump, House Republicans should be using the 12th Amendment to … END_OF_DOCUMENT_TOKEN_TO_BE_REPLACED