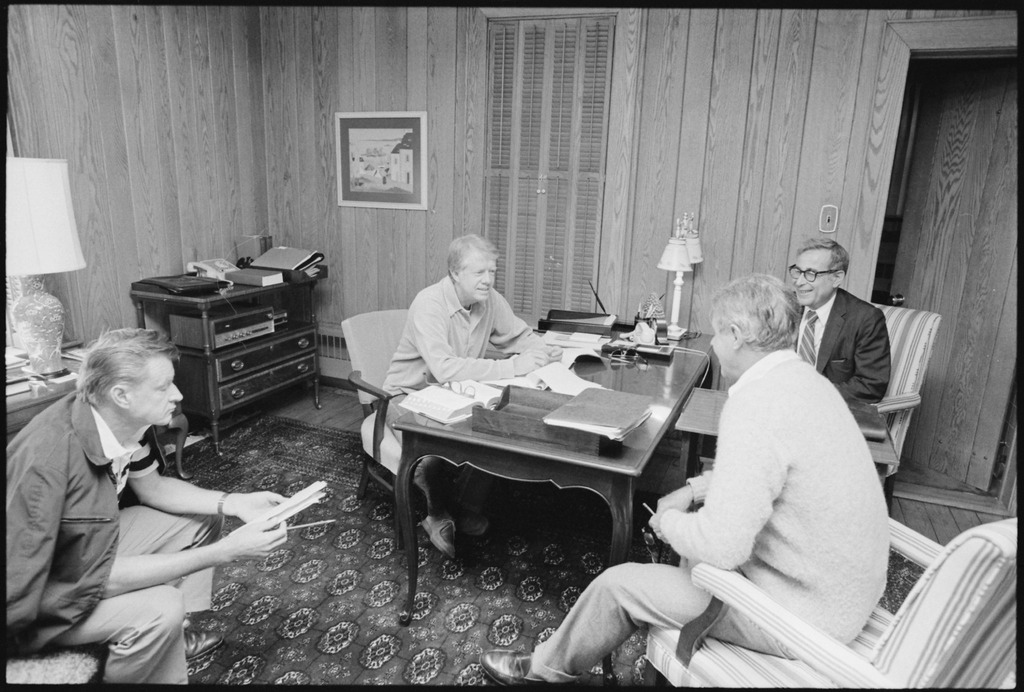 Harold Brown, former Secretary of the Air Force and now president of California Institute of Technology, has emerged as one of the few controversial appointees in Jimmy Carter’s Cabinet.

Contrary to popular assumption, these two policies are not contradictory but complementary. These two attitudes are the identifying characteristics of most of the leading defense and foreign policy-makers of the Johnson and Nixon Administrations, including former Defense Secretary Robert S. McNamara, former Secretary of State Dean Rusk, former National Security Advisers McGeorge Bundy and Walt W. Rostow, and Secretary of State Henry Kissinger

These are the same leaders who have been telling us for more than a decade that our security should be based on U.S.-Soviet agreements and U.S. restraint in weapons-building instead of on U.S. military superiority

This was the group that prolonged the eight-year war in Vietnam by a policy of creeping escalation. The proof is spelled out in the secret “Pentagon Papers” that Daniel Ellsberg turned over to the New York Times and the Washington Post, and in the way Henry Kissinger pressed the panic button to try to plug the Ellsberg leak. The “Pentagon Papers” laid bare how the McNamara crowd prolonged the Vietnam War. The Kissinger policies on Vietnam were essentially the same.

The proof that being hawkish on Vietnam and dovish on SALT is a wholly compatible position lies in the fact that the Soviet Union was the one who profited from both policies.

The United States squandered 10 years of time, 55,000 lives, and $140 billion on a war that is now lost, on an ally who is now crushed, and on weapons that-are .now destroyed or captured by the enemy. During that same period of time, the Soviets spent a comparable amount of money to build the mightiest and most modern strategic force the world has ever seen.

The SALT I negotiations extended for 2 years and culminated in the Moscow Summit of May 1972. The U.S. negotiating team, of which Harold Brown was a member, was backed up by a large staff of experts and all the facilities of the National Security Council, the Defense and State Departments, and the U.S. Disarmament Agency.

Yet the result was a document shot through with loopholes that advantage the Soviets and spell out our inferiority by a ratio of 3 to 2. Even the mechanics of the drafting were so defective that it was necessary to issue four different official interpretations.

The best summary of the SALT I Agreements was given by Senator Henry Jackson: “Simply put, the agreements give the Soviets more of everything: more light ICBMs, more heavy ICBMs, more submarine launched missiles, more submarines, more payload, even more ABM radars. In no area covered by the agreemen is the United States permitted to maintain parity with the Soviet Union.”

There are no contradictions or inconsistencies in Harold Brown’s record. Despite his boast that he is “not ideological,” his actions mark him as a man who should be called “Secretary of Unilateral Disarmament” instead of Secretary of Defense.

Phyllis Schlafly Eagles · May 5 | How Effective Is Social Justice Military Recruitment? As Covid subsides, the tyranny that exploited it continues. … END_OF_DOCUMENT_TOKEN_TO_BE_REPLACED