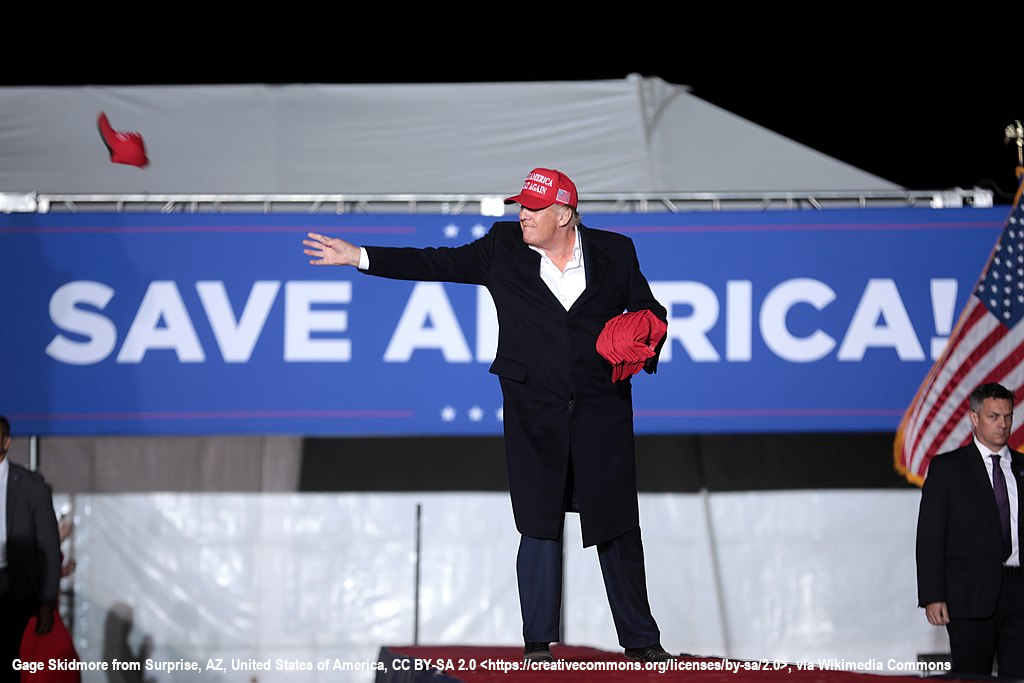 As we enter a second year under President Biden, the award for worst prediction of the year goes to those that said Donald Trump would somehow fade from political influence. Anti-Trumper Karl Rove gushed last February that Trump was “effectively tarnished for all time and incapable of running in 2024.” Rep. Liz Cheney may have taken Rove’s advice, foolishly betting her political future on a banishment of Trump from the political stage. Instead, it is Cheney who is being shown the door and will likely be humiliated in her own upcoming primary.

Democrat John Kerry, whose presidential ambitions crashed in defeat to George W. Bush in 2004, declared last April that it will not “be possible for Trump to come back.” More wishful thinking from the man in charge of shutting down America’s energy industry, as Trump roars back to lead the Republican Party into the 2022 midterms.

In contrast with blander politicians, Trump’s heartfelt passion propels the GOP to a status that it has never had in our lifetimes. He and his outspoken supporters, such as Rep. Marjorie Taylor Greene, have turned the tables on the bipartisan Establishment in Washington. Reps. Lauren Boebert and Burgess Owens also number among the fresh faces of conservatism on Capitol Hill, marking a new dawn for the Republican Party.

Phantom votes, which are ballots cast in the names of people who never personally filled them out or are not legitimate residents, were not enough to save liberals in the recent sweeping Virginia elections. As redistricting gives Republicans the opportunity to win many new seats, including 6 of Arizona’s 9 districts, phantom votes are increasingly unlikely to enable Democrats to hold onto Congress either.

Party politics aside, the moral of this story is that a determined conservative willing to withstand the crowing vitriol of the left doesn’t have to throw in the towel just because he has been told to. Conviction is too great a force to be reckoned with. Let’s work hard, work smart, and press forward undaunted in our calling to make America a better place for future generations of patriotic citizens.

What You Need to Know is The Narrative Machine is Obsessed with Trump! First, it used to be called the Trump Exhaustion Syndrome now the left is … END_OF_DOCUMENT_TOKEN_TO_BE_REPLACED

Phyllis Schlafly Eagles · September 20 | LIV Golf Delivers a Hole in One LIV Golf has appeared as the foremost competitor to the PGA, which has led … END_OF_DOCUMENT_TOKEN_TO_BE_REPLACED

Phyllis Schlafly Eagles · #WYNK: MAGA Americans Are Being Hunted | September 14, 2022 #ProAmericaReport The following is a transcript from the Pro … END_OF_DOCUMENT_TOKEN_TO_BE_REPLACED

Phyllis Schlafly Eagles · #WYNK: Lawfare Against We The People | September 6, 2022 #ProAmericaReport The following is a transcript from the Pro … END_OF_DOCUMENT_TOKEN_TO_BE_REPLACED

Phyllis Schlafly Eagles · September 28 | The Politicization of the School Lunchroom There are all kinds of labels on food these days. You may have … END_OF_DOCUMENT_TOKEN_TO_BE_REPLACED