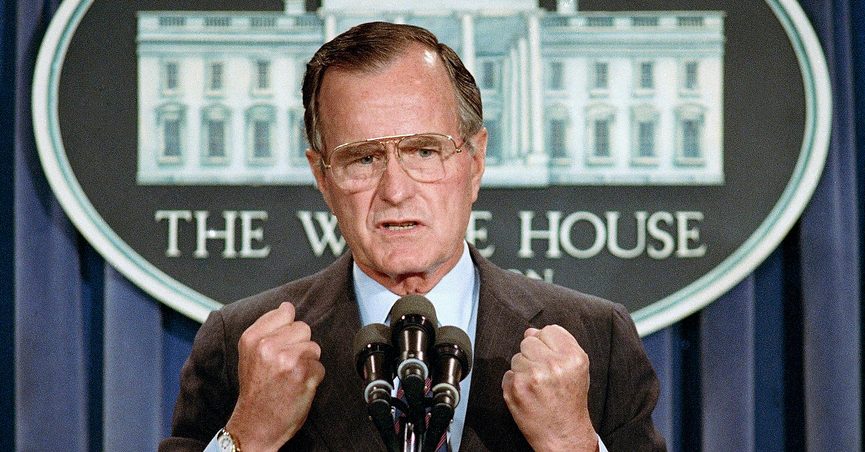 Amid well-deserved praise for former President George H.W. Bush, unfortunately he did miss the Trump Train.  Yet President Trump is showing his class by paying his respects anyway. It is difficult to imagine two Republicans who are more different from each other than George H.W. Bush and Donald Trump.  Bush based his career on the Establishment, while Trump rose by defying it.

Bush generally pandered to the liberal media, which mostly got its way with him.  Trump is not afraid to take on liberals in the media and call them out. 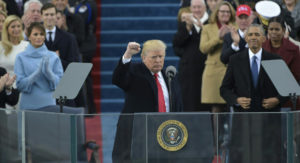 President Trump, by contrast, has reclaimed and rehabilitated nationalism and America First.

Bush pledged “read my lips: no new taxes,” but then raised taxes anyway.  Trump has not caved in on any of his campaign promises despite enormous pressure to do so.

Despite their contrasts and how the Bush family broke with precedent by refusing to support Trump, he has graciously put the federal government at the service of those honoring the 41st president.  Now is a good time to observe how much the Republican Party has changed since it was Bush’s party.

President Trump, by contrast, has reclaimed and rehabilitated nationalism and America First.  As he said in his address to the United Nations in September, “America is governed by Americans.  We reject the ideology of globalism, and we embrace the doctrine of patriotism.”

While in office, Bush 41 served many good purposes and earned support from Phyllis Schlafly on many issues. But at the core, he represented the establishment “Kingmaker” view of the GOP. President Trump truly does contrast as our choice, not an echo. His conservative policies are the victories America has desperately needed.

Phyllis Schlafly Eagles · April 7 | Trump Can't Be Controlled In the battle for the soul of the Republican Party, the two sides are the 74 … END_OF_DOCUMENT_TOKEN_TO_BE_REPLACED

What You Need to Know is the Narrative Machine’s “January 6 Insurrection” story is falling apart. They crafted a fantasy that the MAGA rally was … END_OF_DOCUMENT_TOKEN_TO_BE_REPLACED

What You Need to Know is it’s time to bust the Narrative Machine! American’s have been bombarded by the narrative machine. Recently this article came … END_OF_DOCUMENT_TOKEN_TO_BE_REPLACED

Congressional Democrats have filed a bill to pack the Supreme Court with four more justices. Your action today is needed to stop their blatant … END_OF_DOCUMENT_TOKEN_TO_BE_REPLACED

What You Need to Know is stop talking about fraud and start talking about voter confidence! Polling shows that a majority of Americans (and even a … END_OF_DOCUMENT_TOKEN_TO_BE_REPLACED