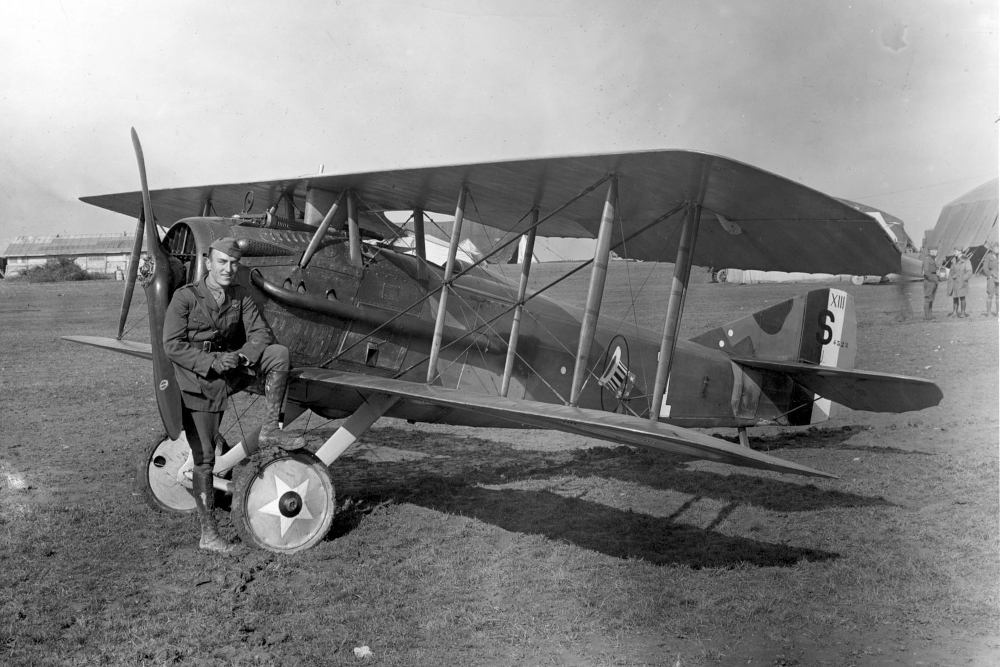 Today, October 8 is the anniversary of the birthday of a World War II hero and Congressional Medal of Honor winner, Eddie Rickenbacker.

He shot down an incredible 69 enemy aircraft. In 1942, the Secretary of War asked Rickenbacker to inspect military bases in the Pacific. His plane had inadequate navigational equipment, so he flew hundreds of miles off course, ran out of fuel, and had to ditch his plane in the Pacific Ocean. Eddie Rickenbacker, then age 52, and seven survivors drifted in the open sea for 24 days.

One of the other guys reported that on the 8th day, after reading from the Bible, Matthew 6:31, a seagull landed on Rickenbacker’s head. He caught it and they used it for food and fish bait on a hook made from a bent key ring. They had to fight off sharks and ocean waves several feet high. They drank water wrung from their clothes after a very few drizzles of rain. Eddie Rickenbacker later wrote: “It was clear to me that God had a purpose in keeping me alive…. I had been saved to serve.”

A self-made man whose formal education ended with the sixth grade, Eddie Rickenbaker nevertheless was a real leader in everything he touched. According to his New York Times obituary, after Eddie Rickenbacker was rescued, he made frequent speeches in which he paid tribute to Senator Joseph McCarthy, the great American Senator who exposed the Communists who had infiltrated our government. Rickenbacker urged us to withdraw from the United Nations, and to repeal the income tax amendment.

He said, “I am going to crusade to save the American way of life for future generations; I want our children, our grandchildren, and those who follow them to enjoy the American opportunities which have been mine.”

Biden’s Plan to Buy Votes  As the midterm elections fast approach, Democrats have lost a key demographic that they relied on in 2020: … END_OF_DOCUMENT_TOKEN_TO_BE_REPLACED

What You Need to Know is the importance of Draining the Swamp! We watched as the Senate had hearings and then confirmed Justice Ketanji Brown Jackson … END_OF_DOCUMENT_TOKEN_TO_BE_REPLACED

What You Need to Know about Hoaxes! Brian Stelter, chief media correspondent for CNN, was recently asked by a college freshman why all these hoaxes, … END_OF_DOCUMENT_TOKEN_TO_BE_REPLACED

Phyllis Schlafly Eagles · May 19 | Boys and Girls and Grades? ** Previously recorded by Phyllis Schlafly // May 2015 ** Colleges claim they … END_OF_DOCUMENT_TOKEN_TO_BE_REPLACED