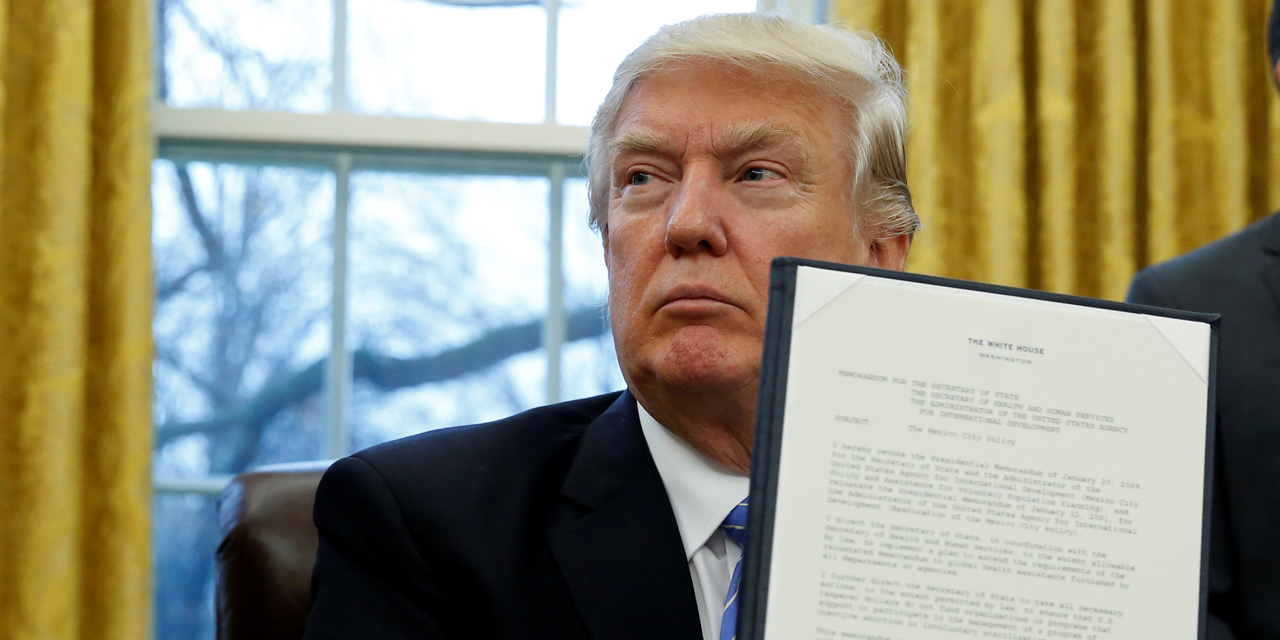 The Mexico City policy is a simple rule with a tremendous impact. Instituted by President Ronald Reagan in 1984, the policy prevents U.S. government money from flowing to non-governmental organizations that perform or promote abortion. The policy has been rolled back by every Democratic presidential administration and reinstituted by every Republican administration, so it was no surprise to see the openly pro-abortion Joe Biden roll it back once again. However, it is worth noting that President Trump not only reinstated the old Reagan policy, but actually expanded it to cover all U.S. foreign healthcare aid.

The Mexico City policy should not be controversial. Whether you support abortion or not, federal tax dollars should not be used to promote a practice that is considered to be so controversial right here in the United States. This reality is underscored by a recent slew of developed nations that are legalizing abortion for the first time. The world was rocked in 2018 when Ireland, a nation that claims to be 78% Catholic, voted to legalize abortion. New Zealand followed suit in 2020, as well as Argentina and South Korea earlier this year. The last thing America should be doing is using our money to promote abortion worldwide.

Despite this global turn of events, the United States remains one of the most permissive nations in the world when it comes to abortion. We are one of only seven nations allowing abortion on demand all the way until birth. That puts us in the company of such nations as communist China, North Korea, and Vietnam. Let’s face it, America is behind the curve on the abortion issue. The Mexico City policy kept America from spreading abortion abroad. It’s no wonder President Biden was so quick to rescind it. The left will not be satisfied until their pro-abortion propaganda permeates every corner of the world. The abortion industry wants to expand their profits into a global empire. We cannot wait for other nations to correct America on this issue. As America goes, so goes the world.

The American pro-family movement must work to protect the unborn on our own shores so the evil influence of abortion can be cut off at the root.

What You Need to Know is Biden is marching toward America Last. Even as our continue to get entangled in NATO and their picking a fight with Putin. … END_OF_DOCUMENT_TOKEN_TO_BE_REPLACED

What You Need to Know is Our Systems are Broken! With the recent gun-related tragedies, we see that restrictions aren’t enough. And gun control isn’t … END_OF_DOCUMENT_TOKEN_TO_BE_REPLACED

Phyllis Schlafly Eagles · June 30 | Pro-Life Without Exceptions: Life of the Mother Enemies of the pro-life movement know that they can never win … END_OF_DOCUMENT_TOKEN_TO_BE_REPLACED

Phyllis Schlafly Eagles · June 29 | Pro-Life Without Exceptions: Health of the Mother Empty emotional appeals are the only way for pro-choicers to … END_OF_DOCUMENT_TOKEN_TO_BE_REPLACED

“I never like to take credit for anything,” Donald Trump told a hostile reporter last month. “God made the decision,” he added recently about the … END_OF_DOCUMENT_TOKEN_TO_BE_REPLACED

Phyllis Schlafly Eagles · #WYNK: Who's Against Trump | June 13, 2022 #ProAmericaReport The following is a transcript from the Pro America … END_OF_DOCUMENT_TOKEN_TO_BE_REPLACED

Phyllis Schlafly Eagles · June 28 | Pro-Life Without Exceptions: Rape and Incest The biggest enemy of the pro-life movement cannot be found among … END_OF_DOCUMENT_TOKEN_TO_BE_REPLACED