President Trump’s bold action in renegotiating NAFTA with Mexico caught his critics and hostile Canadian officials off guard.  Short for the “North American Free Trade Agreement,” NAFTA has been a mistake plaguing us ever since the Clinton Administration pushed it into law in 1993.

The Canadian government has been pursuing an anti-Trump agenda, but now they are begging to be included in the new deal with Mexico.  Trump has responded that Canada will be allowed into the deal on terms that are good for America, but Canada will get slapped with tariffs if it insists on the favoritism that it received in the past.

Trump is reportedly limiting a massive loophole which has cost us auto manufacturing jobs.  He is requiring that 75% of a car’s value be made in North America in order to qualify for the exemption from tariffs, up from the lax 62.5% threshold allowed by NAFTA.

Trump is also properly insisting that cars contain a greater amount of American aluminum, steel and other essential parts.  The new deal will require that 40 to 45% of cars be manufactured by workers who are paid at least $16 an hour, which would reduce reliance on cheap foreign labor. 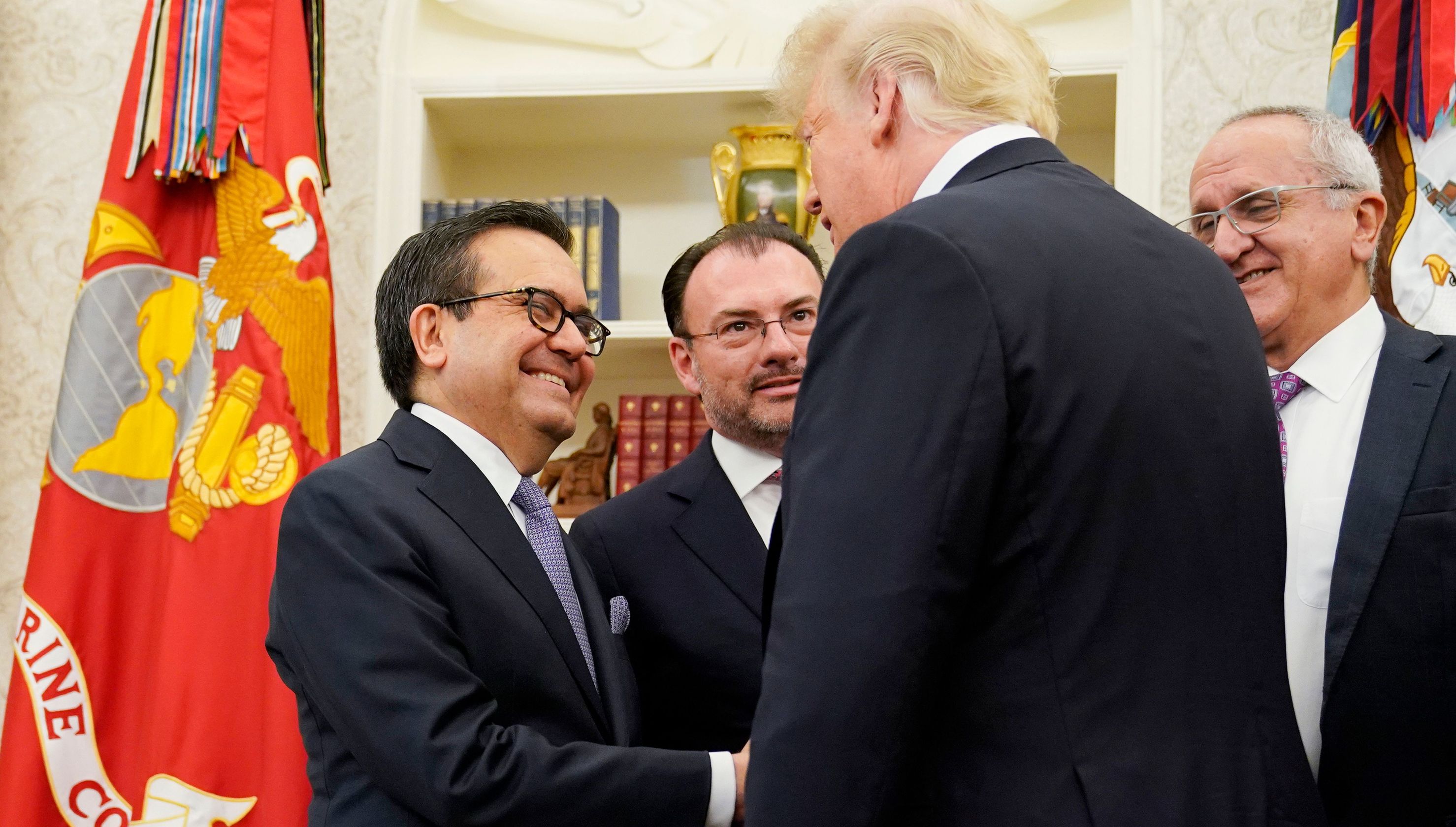 NAFTA has been a scourge on our country perpetrated the globalists, who hide behind the misleading term “free trade” to justify their destruction of American jobs.  Real wages in the United States have not improved for workers in many decades, and the offshoring of manufacturing under NAFTA is a big reason why.

It is not “free trade” to export American technology to foreign countries for manufacturing there, and to give away our American trade secrets as many companies have been doing with China.  Corporate executives enrich themselves with this approach and create a two-tier society having a massive gap between the rich and poor, as exists in Silicon Valley today.

NAFTA narrowly passed 234–200 in the House of Representatives despite opposition by both liberals and conservatives.  NAFTA fell far short of the two-thirds vote needed to ratify a treaty, but President Bill Clinton signed it into law anyway.

Bernie Sanders defeated Hillary Clinton in the Michigan Democratic primary for president in 2016 by pointing out that NAFTA and other disastrous trade agreements are what destroyed Detroit.  Then Donald Trump defeated Hillary in that same traditionally Democratic state to win the presidency, again by criticizing Hillary’s support of bad trade deals like NAFTA.

NAFTA has been a job-killer and worse.  NAFTA has flooded our communities with illegal drugs and illegal aliens, as far away from the southern border as New Hampshire and Iowa.

Due primarily to NAFTA, imports to our country from Mexico increased more than five-fold in the first two decades after NAFTA became law.  But it is inevitable that this massive increase in legal imports from the crime-ridden foreign country would bring in much that is illegal and harmful, too.

In 2015, despite the failure of a pilot test program, President Obama extended NAFTA to allow Mexican trucks to carry loads deep into the United States with drivers having only a Mexican, not American, driver’s license.  This has harmed towns near the border that had nice businesses to transfer truckloads of Mexican shipments to qualified American drivers for delivery throughout the United States.

President Trump should completely end the invasion of Mexican trucks in the United States, and not merely modify it.  Mexican trucks are not as safe as American ones, and Mexican drivers have been involved in horrific crashes possibly caused by their limited English ability.

One can only guess at how much in illegal drugs flows into our Nation from Mexico due to NAFTA, because only a tiny fraction of all incoming containers are actually inspected.  Moreover, drugs are cleverly concealed in other shipments such that they can escape detection even when their containers are the subject of inspection.

The rise in vicious drug lords and gangs that render Mexico so dangerous today coincided with NAFTA and the increase in drug importation into the United States.  It is a myth perpetrated by globalists in claiming that NAFTA has been beneficial to Mexico, when in fact it has resulted in uncontrollable murders by drug gangs there.

Few remember presidential candidate Ross Perot, but in 1992 he attracted 19% in the presidential election by talking about the “giant sucking sound going south” if NAFTA became law.  The loss of manufacturing jobs has indeed resulted, as American companies used NAFTA to move good jobs to Mexico.

Now many of those jobs should be coming back, thanks to President Trump’s tough approach to negotiations with Mexico and Canada.  If he can also keep the Mexican trucks off our interstate highways then that will be an added bonus for all Americans.

What You Need to Know is that we are in a second Cold War, this time with China, and if the U.S. doesn’t decouple from China, we lose. President Trump … END_OF_DOCUMENT_TOKEN_TO_BE_REPLACED

Phyllis Schlafly Eagles · May 2 | Globalist Government Means More War, Not Less Europeans do not want to merge with Ukraine, and most Ukrainians … END_OF_DOCUMENT_TOKEN_TO_BE_REPLACED

Don’t Start World War III in Ukraine  Americans do not want to go to war with Russia over a border conflict halfway around the world. Instead … END_OF_DOCUMENT_TOKEN_TO_BE_REPLACED

Phyllis Schlafly Eagles · May 9 | How To Remake A Political Party Remaking a political party is difficult, but essential now as the entrenchment of … END_OF_DOCUMENT_TOKEN_TO_BE_REPLACED

What You Need to Know Feminists don’t what they are doing! They are about to make another marketing error by utilizing all the wrong imagery and … END_OF_DOCUMENT_TOKEN_TO_BE_REPLACED