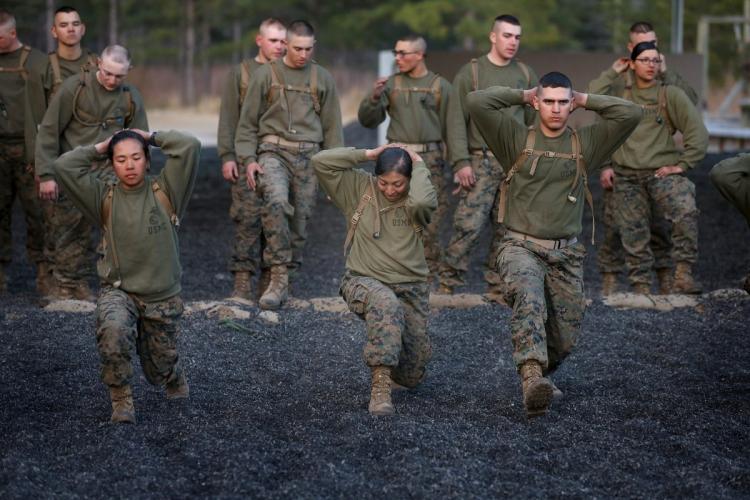 The naive premise that women can perform in combat to the same standards as men was refuted by retiring Marine General John F. Kelly, the outgoing commander of U.S. Southern Command. In his final briefing General Kelly warned of the coming “pressure to lower standards, because that’s the only way it’ll work in the way that the agenda-driven people want it to work.”

When it turns out that few if any women are actually serving in combat units, General Kelly predicted, “the question will be asked why aren’t they staying, why aren’t they advancing as infantry people? The answer is, if we don’t change the standards, it will be very, very difficult to have any real numbers.”

Even when they “meet the minimum requirements” for military service, women are injured at twice the rate of men, just as female athletes in high school and college sports suffer much higher rates of injury. The higher injury rate for women is one reason why a Marine Corps study found that all-male teams outperform mixed gender units on a wide range of tasks.

Yes, women can pass many tests for strength needed for combat, but there are no tests to find out who will say “Let’s go kill a vicious enemy soldier bent on killing you any way he can.” We have plenty of evidence that men can and will walk into that kind of peril to save their buddies.

Why should we shoot ourselves in the foot by assigning women to combat merely because a few exceptional women “can meet the minimum requirements”?  Of course women can fight hard against enemy attackers, but it takes real men, backed up by unit cohesion, to say “Let’s go get him” and initiate a fight against armed enemies. There is no evidence that women are the equals of men in actual combat.

What You Need to Know is Ray Epps was in on it! Who is Ray Epps? Congressman Jamie Raskin gave us the answer after the prompting by Congressman Thomas … END_OF_DOCUMENT_TOKEN_TO_BE_REPLACED

What You Need to Know is Europe is setting up their own CIA. The public claims are that this is to fight Chinese spying, but the reality is this new … END_OF_DOCUMENT_TOKEN_TO_BE_REPLACED

Phyllis Schlafly Eagles · December 2 | The Past, Present, and Future of the War on Christmas Haul out the holly and bring out the boxing gloves. … END_OF_DOCUMENT_TOKEN_TO_BE_REPLACED