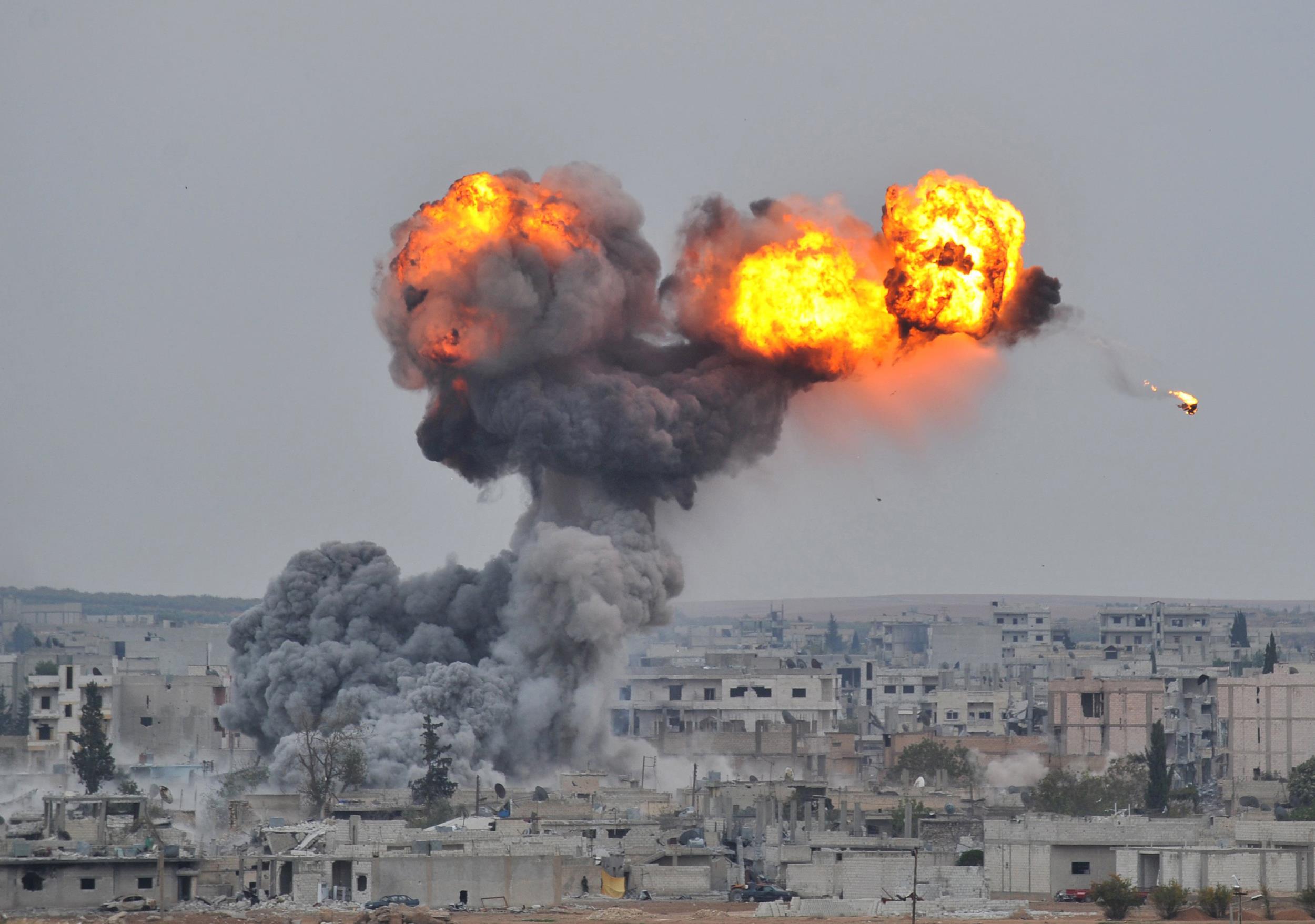 As Donald Trump was running for office in 2016, ISIS was running rampant in the Middle East. Weak political leadership from the Obama administration facilitated the rapid spread of a dangerous caliphate known for beheading journalists, aid workers, and Christians. Terrorists filled the streets to chant “Death to America” as if to dare us to stop them. At the height of their power, they held territory in Yemen, Saudi Arabia, Egypt, Libya, Afghanistan, Nigeria, Pakistan, and Algeria. More than ten million souls were in subjection to their evil reign of terror.

To take on an enemy this big and this powerful, America would need a leader who was not afraid of big talk and equally big action. Thankfully, Donald Trump was never one to mince words. Trump saw the terrible mistakes being made by America’s commander-in-chief and vowed to bomb ISIS into submission. He repeated this promise over and over again throughout the country because Americans wanted to know that their next leader would stop the chaos quickly and decisively.

Sure enough, President Trump had barely taken office when he ordered a substantial increase in the bombing of ISIS targets. Our brave military men and women dropped bombs like the great GBU-43 on ISIS tunnels to deny their ability to operate in secret. The GBU-43 is the largest non-nuclear bomb in America’s arsenal. President Trump wanted to show the world that America meant business. His message was received loud and clear.

Just as candidate Trump had predicted, ISIS rapidly lost territory and power. While they have not completely disappeared, almost all of their territory has been stripped from them. What once was a mighty caliphate spanning multiple nations is now a ragtag band of disgruntled terrorists hiding in caves around some remote villages in the desert. President Trump’s abilities as a commander-in-chief prove he has what it takes to handle the biggest bullies in the world and win. He does not shy away from taking big action to address a big problem. Don’t believe me? Just ask ISIS, or at least what’s left of it.

Phyllis Schlafly Eagles · #WYNK: Trump is Stronger Than Biden | January 27, 2023 #ProAmericaReport The following is a transcript from the Pro … END_OF_DOCUMENT_TOKEN_TO_BE_REPLACED

Phyllis Schlafly Eagles · #WYNK: We're In a Proxy War with Russia | January 25, 2023 #ProAmericaReport The following is a transcript from the … END_OF_DOCUMENT_TOKEN_TO_BE_REPLACED

Proving once again that he is in touch with ordinary Americans, Donald Trump selected education for the first video message of his 2024 presidential … END_OF_DOCUMENT_TOKEN_TO_BE_REPLACED

Phyllis Schlafly Eagles · #WYNK: Trump's Record is Baked In | January 30, 2023 #ProAmericaReport The following is a transcript from the Pro … END_OF_DOCUMENT_TOKEN_TO_BE_REPLACED

What You Need to Know is Trump’s record is baked in. He’s already been torn apart every which way and his record stands with all the things you like … END_OF_DOCUMENT_TOKEN_TO_BE_REPLACED