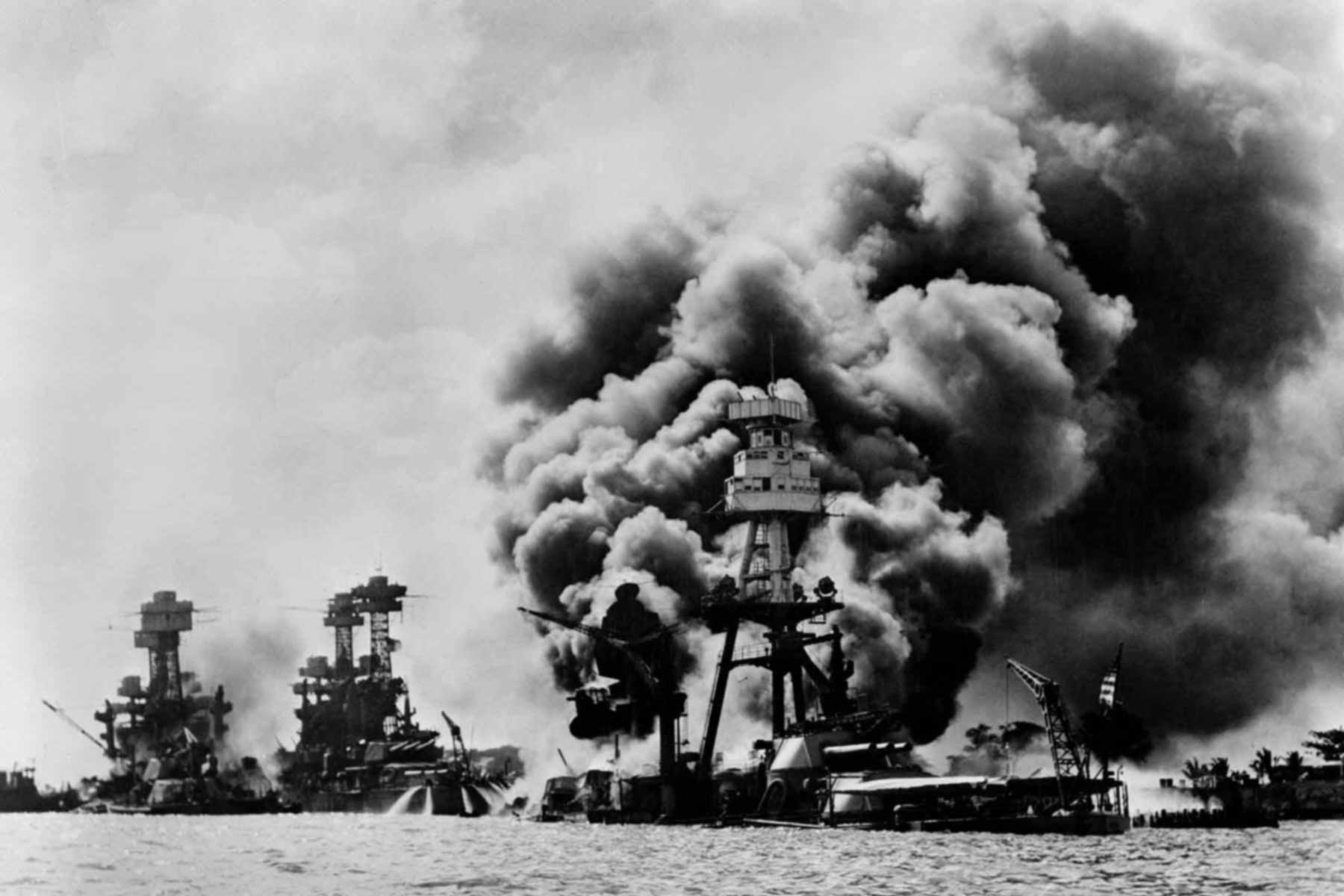 Phyllis Schlafly Eagles · December 7 | The Day That Lives In Infamy

Today, December 7, is the day about which President Franklin D. Roosevelt famously said, will always “live in infamy.” December 7, 1941 was the day of the surprise attack on Pearl Harbor in Hawaii which caused our entry into World War II.

After we won that War, we had a period of many years that history calls the Cold War. It was a time when the Soviet Union was rapidly building up its force of intercontinental nuclear missiles and threatening to destroy entire cities in a single blast. Facing this incredible threat, the United States adopted the policy called Mutual Assured Destruction. We announced that, if Soviet Russia ever launched a nuclear missile against us, our missiles would automatically strike back and kill millions of Russians. For years, this threat deterred the Russians from doing anything dangerous.

After Ronald Reagan became President, he proposed building a defensive system that could shoot down enemy missiles when they are streaming toward the United States to kill us. But the liberals threw roadblocks at this plan, and we still don’t have a defensive system.

We’re not really worried about an attack from Russia any more. However, the anniversary of Pearl Harbor should remind us that there are nations in the world that hate America, and surprise attacks are still possible. And one factor is very, very different. The dictatorships that hate us and are building nuclear missiles today don’t care if we hit them back. They want to kill Christians, and they train their young men to commit suicide with the promise that they will go straight to Heaven.

Now that Iran and North Korea, who hate us, are building nuclear weapons, it is more important than ever before that we fulfill President Ronald Reagan’s vision of building an anti-missile defense to protect us against incoming missiles. Our enemies have changed, but it is the duty of our government to protect the lives and property of American citizens against any attack.

Phyllis Schlafly Eagles · #WYNK: Trump is Stronger Than Biden | January 27, 2023 #ProAmericaReport The following is a transcript from the Pro … END_OF_DOCUMENT_TOKEN_TO_BE_REPLACED

Phyllis Schlafly Eagles · #WYNK: We're In a Proxy War with Russia | January 25, 2023 #ProAmericaReport The following is a transcript from the … END_OF_DOCUMENT_TOKEN_TO_BE_REPLACED

What You Need to Know is we are in a proxy war with Russia. Until now, we’ve been able to at least try to say we have given Ukraine defense weapons … END_OF_DOCUMENT_TOKEN_TO_BE_REPLACED

What You Need to Know is a lesson on documents and double standards. Suddenly everyone has classified documents and everyone is spinning the stories … END_OF_DOCUMENT_TOKEN_TO_BE_REPLACED

What You Need to Know is to thank the Freedom 20 who took up the House Speaker fight last week. Get the list here — it only takes 3-5 minutes … END_OF_DOCUMENT_TOKEN_TO_BE_REPLACED

Phyllis Schlafly Eagles · February 3 | "Woman" Is the Word of the Year The internet is a powerful tool that most of us use every day. … END_OF_DOCUMENT_TOKEN_TO_BE_REPLACED